There’s no denying that Kanye West is a doting dad, and when pictures of the rapper holding his 16-month-old daughter during Paris Fashion Week emerged, we have to admit it pulled on our heartstrings.

Kanye West flips out after being booed at Paris Fashion Week

However, there’s a difference between being a doting dad and going overboard with lavish gifts. If recent reports are true, then the “Bound 2” rapper’s latest gift may be a little too extravagant because he’s reportedly designing a diamond ring for North.

According to Hollywood Life, a source revealed the rapper’s big plans, saying he wants to be “the first man to put a ring on his girl’s finger,” so he’s creating a “one-of-a-kind diamond ring.”

“He’s in the process of designing her a one-of-a-kind diamond ring for her to wear on her wedding finger. It symbolizes dada’s love for his little angel,” a source told the publication. “Call him crazy, but that’s what he’s doing. He says it’s going to be princess cut with her name engraved in the band and will have the biggest diamond on it that she can possibly carry on her little finger.”

We think the idea is pretty cute, and of course West’s intentions are good, but North is pretty young to be wearing a diamond sparkler. What if she loses it, or worse, swallows it?

“That little girl means everything to him and there’s not a limit on what she can have,” the source added, explaining why North’s dad doesn’t mind spoiling her.

As for mama Kim Kardashian, she’s also paid tribute to her daughter with jewelry, but she’s chosen to wear it on herself instead.

Taking to Instagram on Tuesday, Kardashian posted a picture of her new rings, which spell out “North West.” 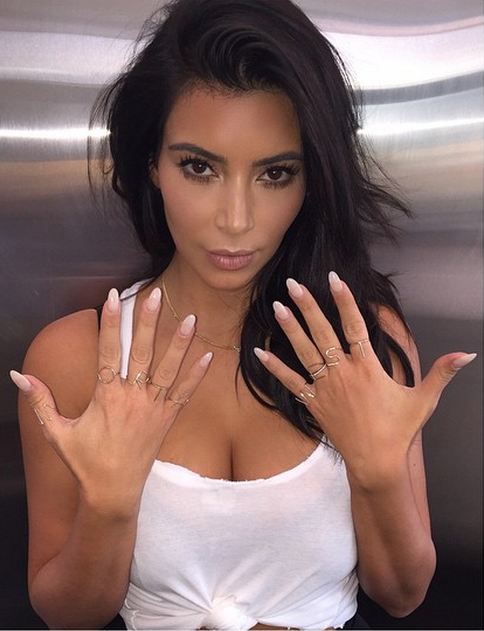