We love Camilla Luddington as Jo on Grey’s Anatomy. Turns out she’s always fantasized about being in a horror film and now gets the chance in The Pact 2. We sat down with her to talk horror, what to expect on Grey’s and more.

British actress Camilla Luddington stars in the new horror film The Pact 2, out just in time for Halloween. But her appearance in the film isn’t an accident. In fact, you could say it was premeditated.

“I’m a huge horror movie fan. My entire family back home watched everything from Halloween to Texas Chainsaw Massacre to more obscure movies like Martyrs, which is a French horror movie. My agent and manager called me about this project because I had always sort of hinted about wanting to do a horror movie, so they sent me this script,” said Luddington.

She describes her character June as “tortured and messy. She doesn’t really express her feelings very well, because she thinks she has to be strong for her mother. A lot of her own emotions get channeled through her art and her drawings.”

June works as a crime-scene cleaner, meaning if someone gets murdered, it’s June who has to clean up the blood and guts. We asked Luddington if she could do that job in real life. “I would be terrible at it,” she said, adding, “I don’t actually know how I survive on Grey’s Anatomy because I hate blood. There’s so much fake blood in the operating room and I get queasy really easily. But I think it says something about June and how she can kind of detach herself from reality. It’s also symbolic that she’s literally cleaning up other people’s messes, whether it’s her mother or a crime scene.” 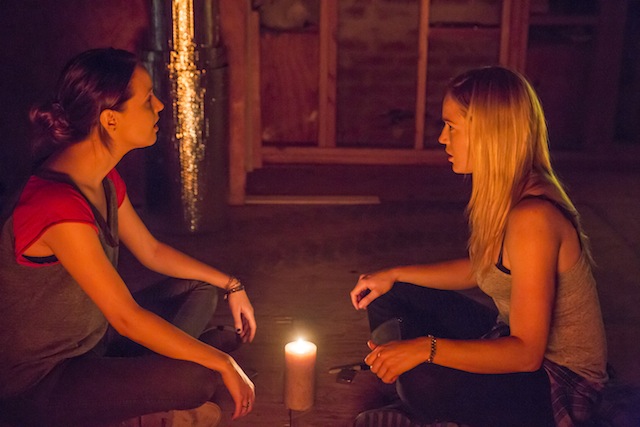 Luddington was raised Catholic and says she absolutely believes in spirits. Though she’s never personally had an experience with a ghost, she said her Irish grandmother, Celia, did.

“She told this wonderful story about her violin teacher. When she was a young girl, her violin teacher would come to her house every Tuesday and he would always ride his bike. Unfortunately, he was killed on his bike by a car. She said that the following Tuesday night after his funeral, she woke up hearing violin music and she actually saw him sitting at the edge of her bed playing violin.”

A creepy story for sure, but The Pact 2 is even creepier.

Of course, we had to ask Luddington what we can expect this season on Grey’s Anatomy. “In the next episode coming up, we see Meredith Grey [Ellen Pompeo] once again wedging herself into the Alex/Jo relationship. She’s really pushing the boundaries and Jo is really feeling shut out. Jo really wants to have a conversation with Alex [Justin Chambers] about it, but she’s worried about doing so. We have a bit of relationship drama coming up.” 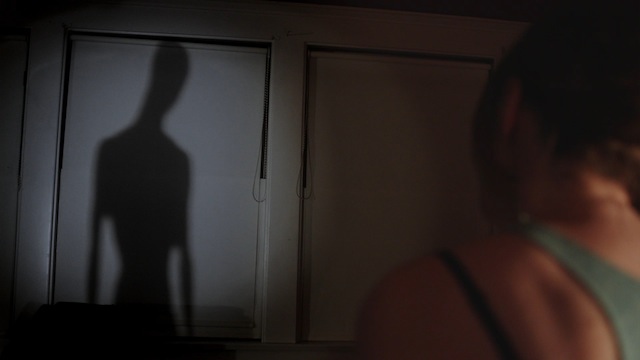 Show creator Shonda Rhimes is getting a lot of attention lately, with the success of Scandal and the new How to Get Away with Murder. We asked Luddington what it is about Rhimes’ work that makes her shows so compelling.

Shonda Rhimes is glad for the “angry black woman” mess, sort of

“I think she creates such buzzworthy TV because she doesn’t necessarily listen to fans. She will kill off somebody, or break people up and it tortures the entire audience, but it makes for those water-cooler conversations every day. As torturous as it is to watch, when things are happy and wonderful, they’re also very boring. She does a great job of balancing moments of happiness with absolute horror and that’s why people just love all of her shows.”

The Pact 2 is currently available for streaming and opens in theaters Oct. 10.