Demi Lovato has never been afraid to switch up her ‘do.

The singer posted a photo to her Instagram Wednesday of some hair dye, captioned, “Time for a change??? I need some color in my life…” signaling yet another style change for the star, who seriously changes her hair like it’s nail polish.

A follow-up Instagram video Thursday revealed it’s a bright teal ombré look this time. But that’s not the first time Demi has taken on a jewel-toned locks look. In honor of (yet another) new Demi hairstyle, let’s take a look at some of the looks she’s rocked in the past.

Demi Lovato is sporting a new accessory — an arm sling 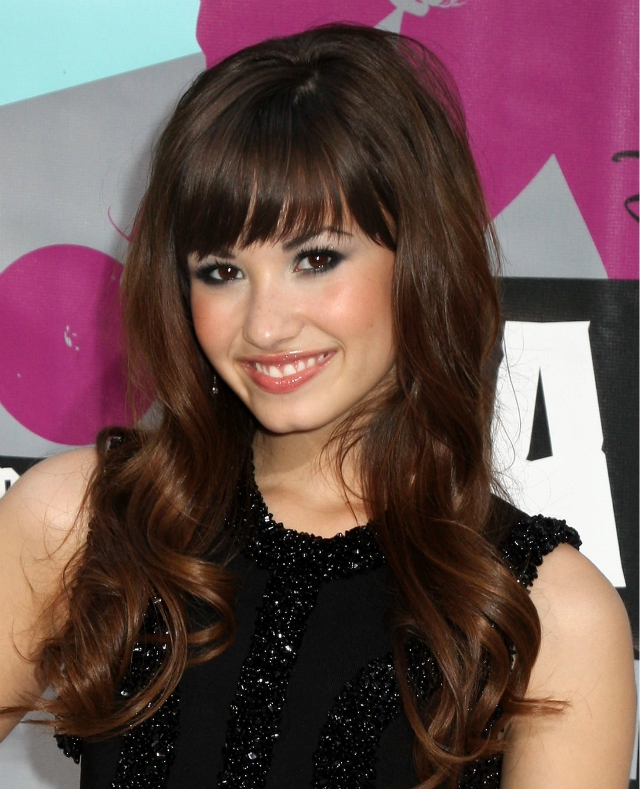 We first met Demi at the premiere of the Disney Channel Original Movie that rocketed her to stardom, Camp Rock. At the time, she was sporting long, brunette locks with bangs. Very cute and very classically stylish. 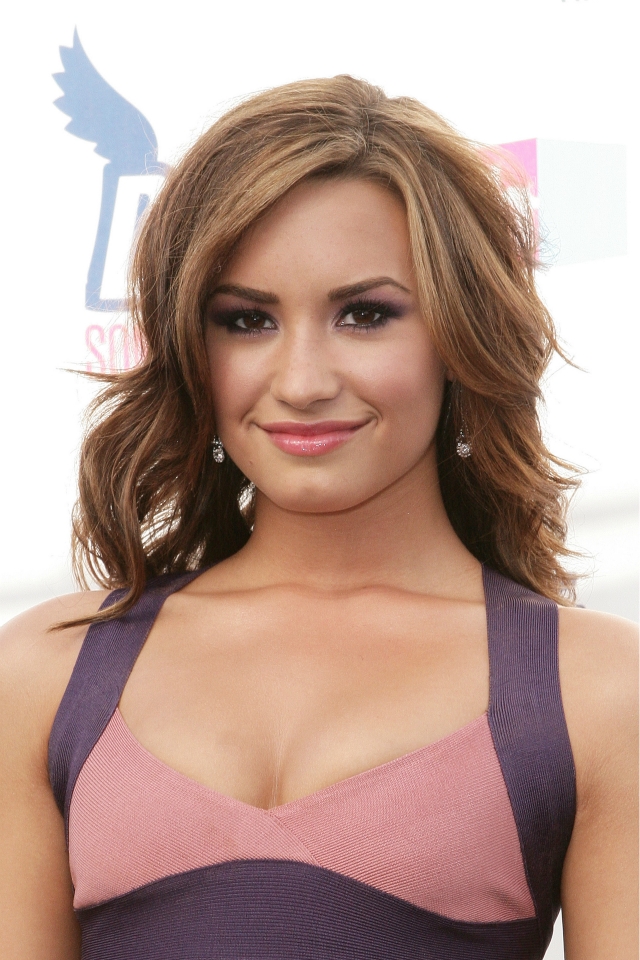 Fast-forward a couple of years, probably the longest Demi’s ever gone without changing it up, if her current hair habits are any indication. At the 2010 VH1 Do Something Awards, she debuted a heavily highlighted look, without bangs this time. 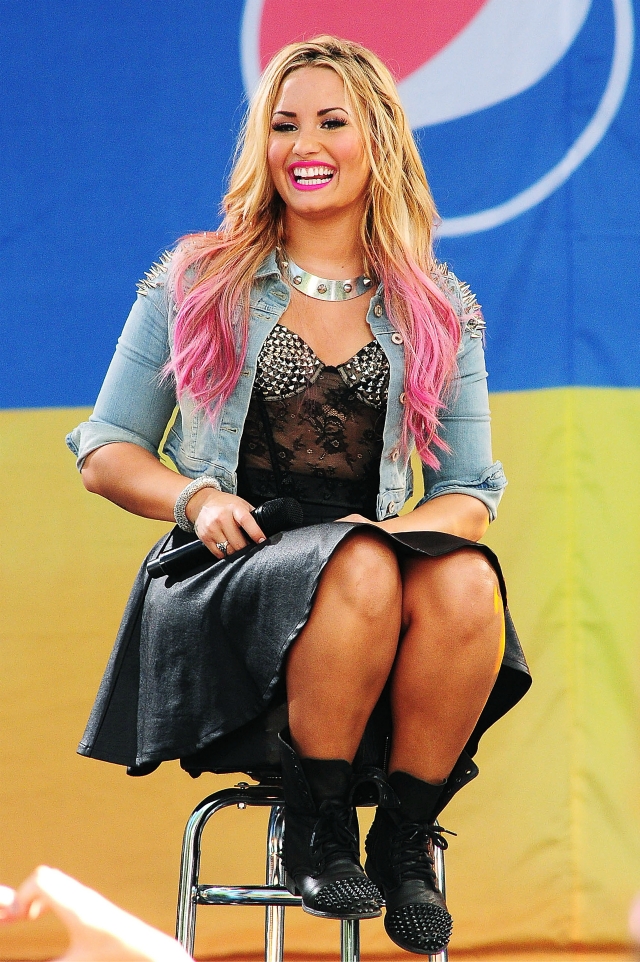 For the next two years, Demi flip-flopped pretty regularly between blond and brunette styles. Then, she showed up to Good Morning America‘s summer concert series in 2012 with bleach-blond hair and some hot pink shadowboxing. It was the edgiest Demi look we’d seen so far and we loved it. 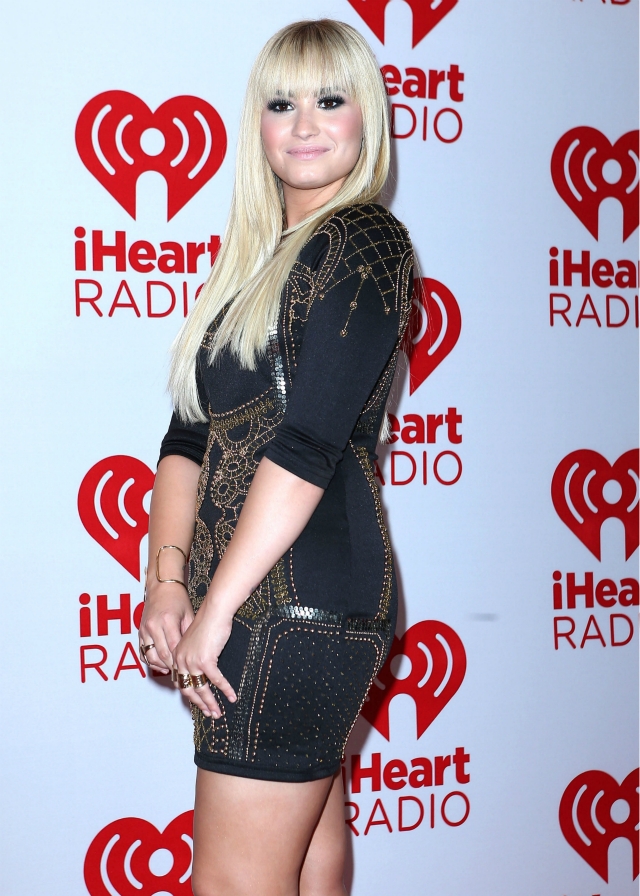 One taste of hot pink dye was all it took to set Demi on a path of frequent hair makeovers. Just a few months after she shocked and awed with her cute, girly dye job, she hit the iHeartRadio Music Festival with icy blond locks and severe, straight-cut bangs. Not our favorite look. 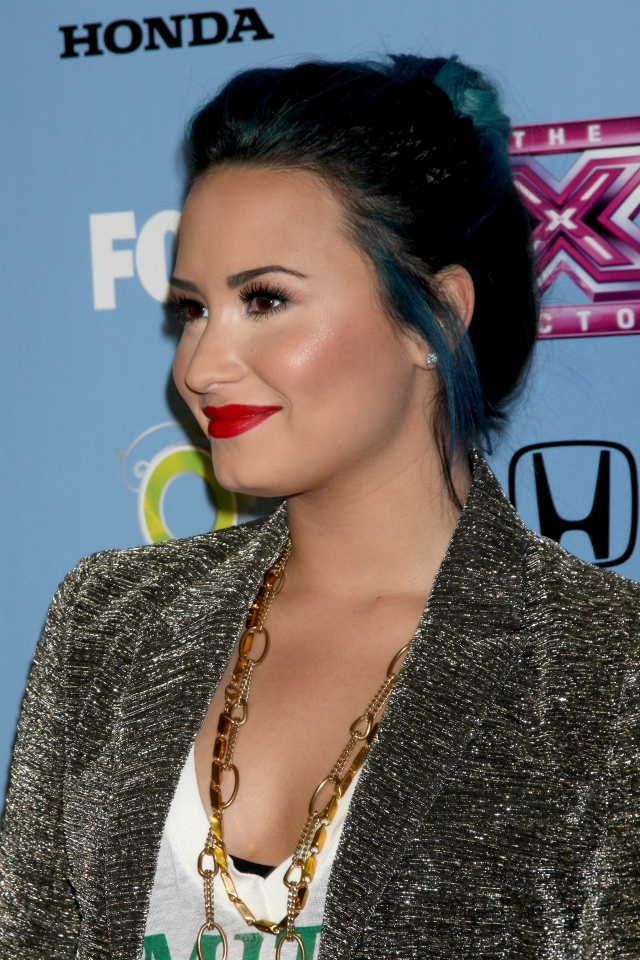 Last year, we got our first taste of blue-hued Demi. She hit a party for The X Factor, which she was judging at the time, with dark hair highlighted with dark teal strands. 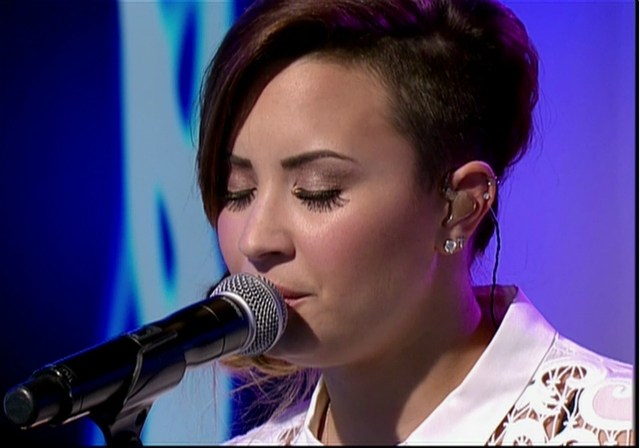 This year, we were treated to Demi’s most controversial style yet. She debuted a new single last spring and shocked everyone by showing up to appearances with half her head shaved. Judging by the internet’s reaction, it’s a love-it-or-hate-it look. We love it.

Would you shave your head in the name of… fashion?

Which of Demi Lovato’s many, many styles is your favorite? Tell us in the comments!