Paris shelled out $13,000 to be able to give this Jonas-cup-sized Pomeranian pup a cuddle. It hardly seems fair Nick gets to cosset his junk for free.

Portable and efficient… what’s not to like? The tiny house is nice, too.

Poor Olaf! We’re going to go ahead and hope for Jonas’ sake that no one ever plays a game of monkey in the middle with his junk.

If this comically large and flashy owl chain is any indication, Bieber’s motto when it comes to accessories seems to be go big or go home. See also: the embarrassment Biebs will one day feel upon looking back at his questionable choices in jewelry. And facial hair.

No word on how many calories this monstrosity of a muffin is, but it’s definitely a handful.

6. The chip on Kanye West’s shoulder

At the risk of making Jonas feel insecure, we’re actually pretty certain the chip on West’s shoulder trumps Jonas’ junk. By a lot. Like, there’s no way West’s sense of entitlement could be crammed into a pair of tighty whities. You’d need a hot air balloon. Or a sailboat spinnaker.

If you’ve never been made to blush by a root, well, brace yourself. There’s a first time for everything and this phallic horseradish even managed to make Jimmy Fallon avert his eyes.

8. Drogon, Daenerys’ dragon on GoT

While Jonas’ bulge is impressive, it can’t breathe fire. And while that’s probably a plus in the real world, it could very well be the difference between life and death if his junk was on Game of Thrones. 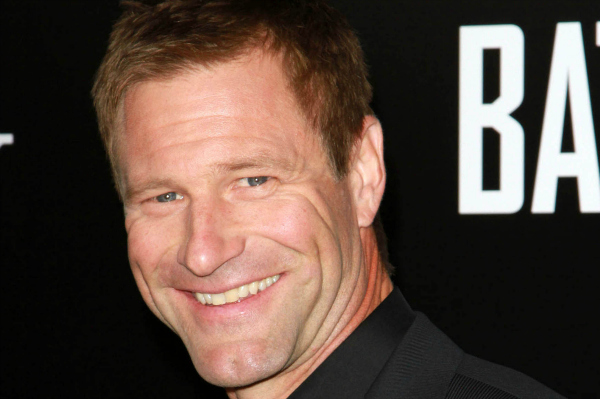 Is that a cleft chin on his face or is Aaron Eckhart just happy to see us? Oh, wait. Nope. That actually is just an impressively commanding cleft chin.

10. The most controversial cup of coffee ever

Who knew a latte could land a man in such hot water? President Obama caught some serious flack for clutching his coffee, but we somehow sense no one is going to give Jonas a hard time for groping his grande cup.