Supernatural has released new photos for the second episode of Season 10 and it looks like Sam and Dean are both going to be fighting some serious battles.

Here’s the official synopsis of the episode, called “Reichenbach,” from The CW:

Crowley (Mark Sheppard) notices Dean (Jensen Ackles) is becoming more and more aggressive. Dean tells him that’s the side effect of being a demon, but Crowley knows it’s something more — the Mark of Cain needs to be fed. Meanwhile, Sam (Jared Padalecki) is captured by Cole (guest star Travis Aaron Wade), an angry man who blames Dean for his father’s death years ago and wants revenge. Cole tortures Sam, hoping he’ll tell him where Dean is hiding. Hannah (guest star Erica Carroll) sees how weak Castiel (Misha Collins) is becoming as his grace continues to fade, so she makes a bold choice and asks Metatron (guest star Curtis Armstrong) for help.

Is it just us, or does it sound like there’s a whole lot of stuff happening in this episode? Something else we learned from it is that Demon Dean will definitely still be around for the second episode, so if you were placing bets that he’d be taken care of in the season premiere, it looks like that’s not happening.

13 Things we learned from the Supernatural Season 10 promo

A question that comes to mind from the synopsis is also this idea of “feeding” the Mark of Cain. One has to wonder what exactly that involves. Considering the types of things that the Mark made Dean do in Season 9, one shudders at the thought of what the Mark now needs from Demon Dean.

Also, that’s some very worrisome news about both Castiel and Sam. Poor Sam is going to end up paying for Dean’s sins, though it’s interesting to realize that the death in question wasn’t actually caused by Demon Dean, but just plain-old regular Dean. That almost doesn’t seem fair, does it? As for Cas, that borrowed grace is nearly out of batteries, so we have to hope that Metatron will help. Then again, if he does offer to help Cas, he will also undoubtedly ask for something in return and chances are it won’t be something that Cas is in favor of.

The first image from the episode shows Dean and Crowley hanging out in a bar. It seems innocent, but there’s bound to be more to it than that. 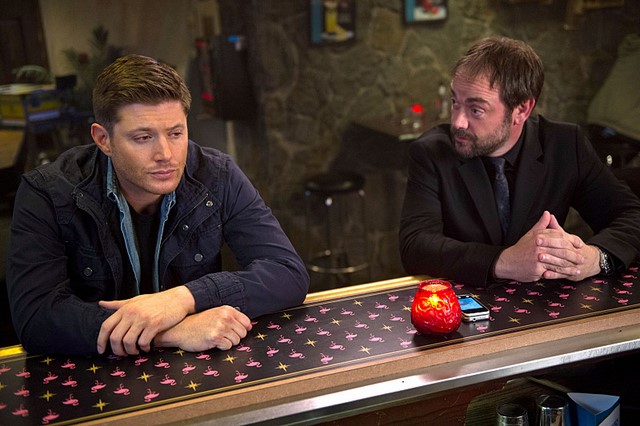 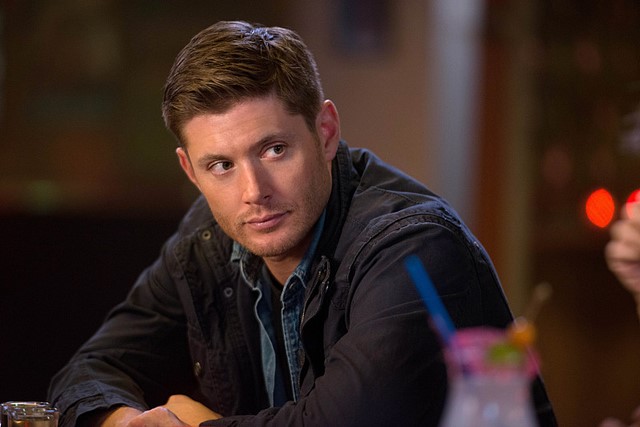 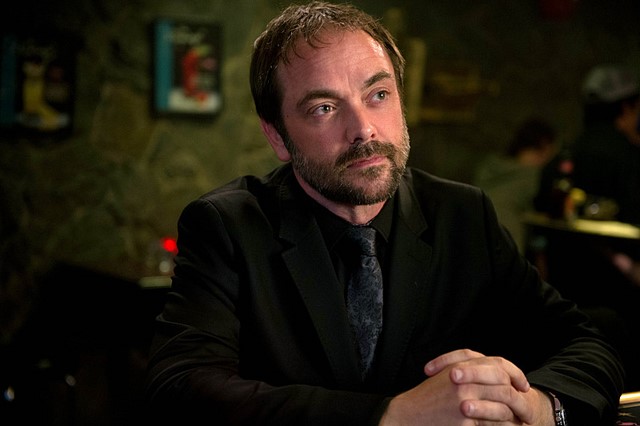 Is Crowley actually screaming at Dean? That doesn’t seem like a wise idea. 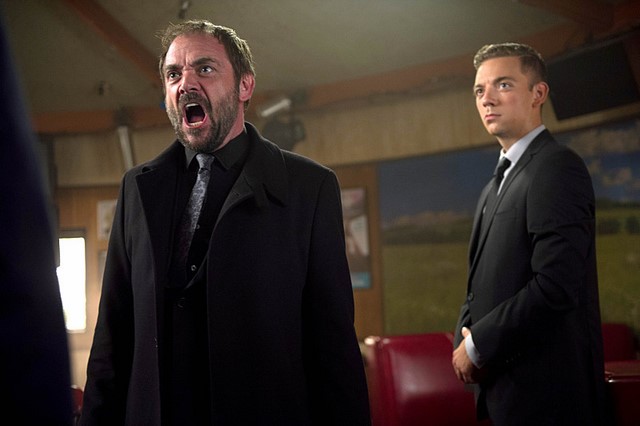 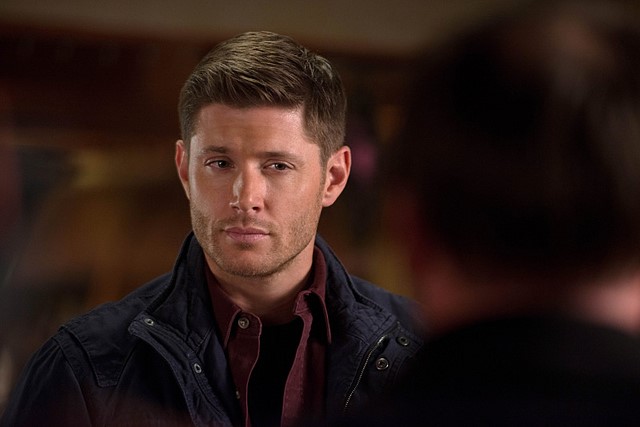 Crowley might be rethinking his actions at this point. 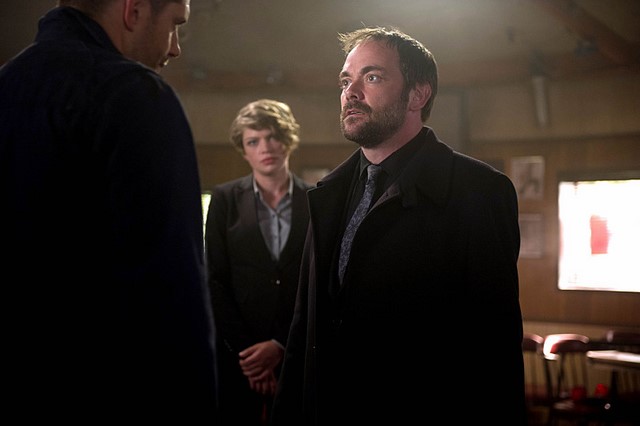 Too late; looks like Demon Dean laid Crowley out. 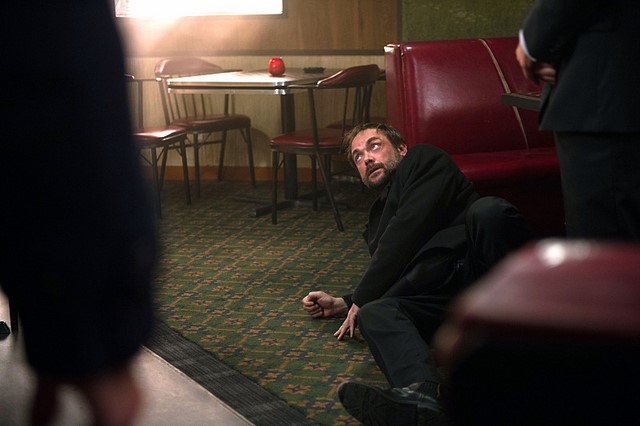 Poor Sam is at the mercy of Cole. 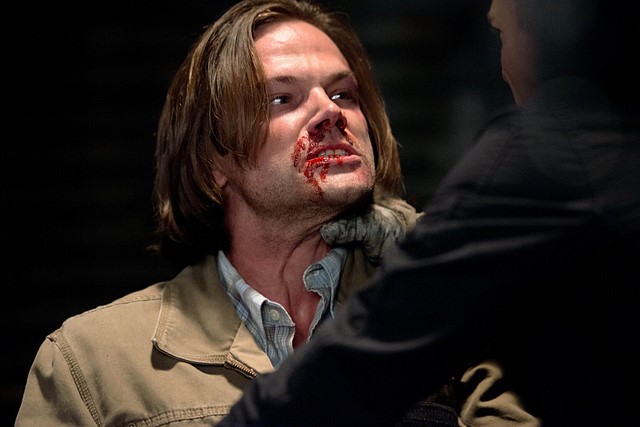 Is that hammer meant for Sam? Oh no! 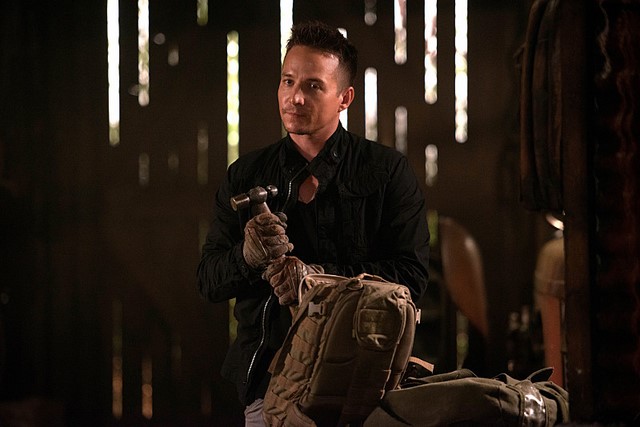 Let’s hope this picture means that Sam got away safely from Cole. 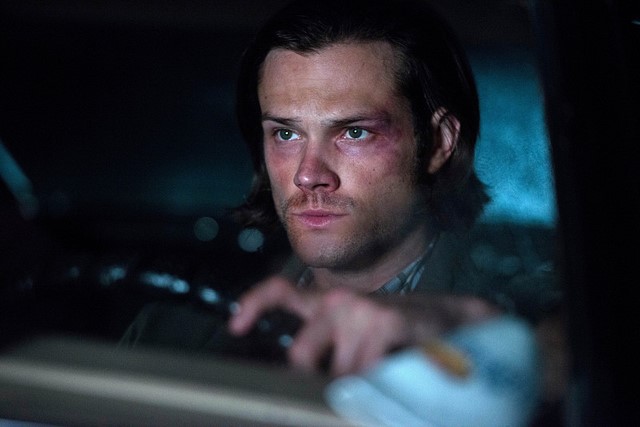 Don’t forget to catch Supernatural Season 10 when it premieres on Tuesday, Oct. 7 at 9/8c on the CW.

57 mins ago
by Chloe Castleberry