Last night marked the beginning of an era: ShondaLand Thursdays. I bought a more expensive than usual bottle of red wine (which doesn’t mean much, since I usually get the cheapest possible bottle), got the kids to bed and proceeded to plop myself in front of the TV to witness all things Shonda Rhimes. And it didn’t disappoint.

And though I was excited for Grey’s Anatomy and the new show How to Get Away with Murder, the real draw was Scandal. Where was Olivia? Was she with Jake? Who’s gonna die? Who’s going to have sex with whom?

Here are the five greatest moments from the season premiere.

1. Olivia lying on the beach looking H-O-T, reading Gone Girl and getting freaky with Jake

Despite offensive tweets that implied that curly haired girls can’t be taken seriously, I think Livvie should wear her hair like this all the time. Less mess to worry about after, um, relaxing with Jake. 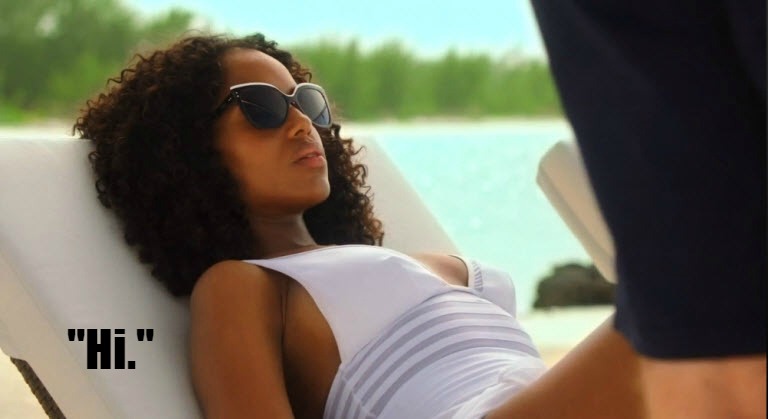 2. Jake likes to hit below the belt — literally

When Jake and Olivia are in bed and he makes the speech about it being “his turn” and Olivia won’t shut up, he doesn’t hold back. 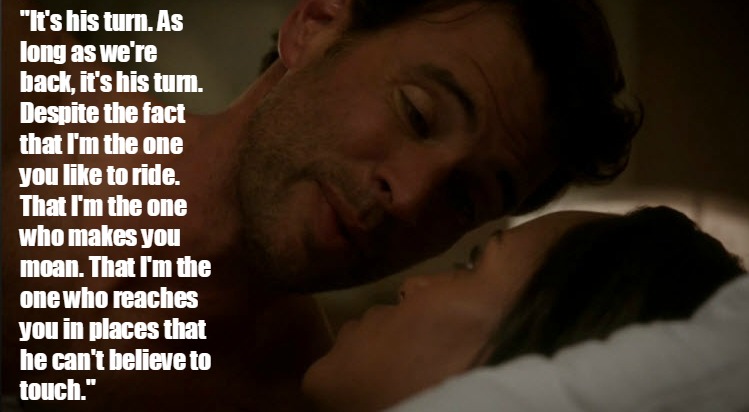 3. Mellie is still mourning the death of her son and has taken to walking around the house in a ratty bathrobe, not bathing, not washing her hair — but wearing clean panties, which she makes clear the first time we see her in this episode

But in three minutes, we find out that Fitz has attempted suicide, that she is no longer turned on by him and that there are a few things she’s stopped doing. 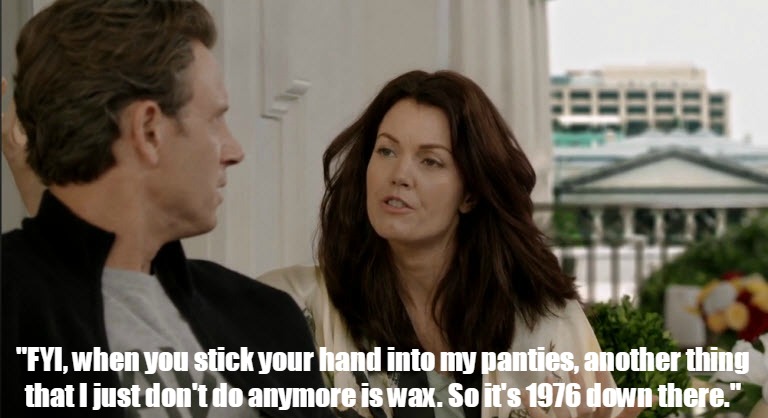 4. Rowan is still a stone-cold gangsta

What do you do after pretending to kill your daughter’s mom and actually killing her employee and friend? Wait for her to come to dinner at your favorite spot and order her an expensive glass of red wine. His mouth is offering her condolences, but his eyes are saying, “I killed your friend because he got all up in my business and I won’t hesitate to do it again.” 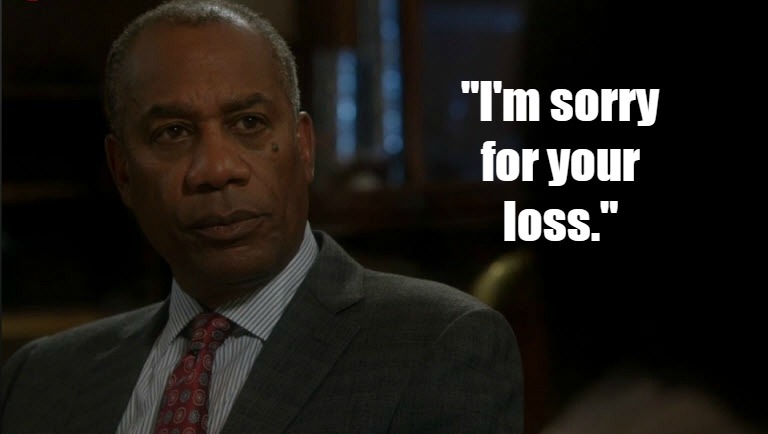 5. Harrison’s funeral was the saddest thing I’ve seen all summer

The best thing about this lonely funeral was the expensive-looking casket and Aretha Franklin’s rendition of “Bridge over Troubled Water” playing. At least the rest of the Olivia Pope and Associates showed up, right? But I gotta say, I didn’t miss Harrison one bit this season. I know this might make me a #gladiator traitor, but I’m still upset that he didn’t shape up for his sex scene last season. #ontothenextone 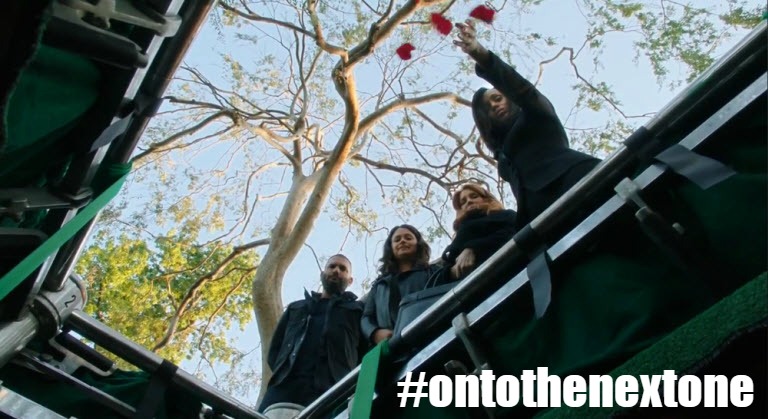 Oh, and between all this, we find out that Huck is servicing cell phones at what looks like a knockoff Apple store, Abby is working at the White House as Fitz’s press secretary, and Quinn — well, I’m not sure exactly what Quinn has been doing all this time, besides stalking the rest of the crew and finding Olivia on a deserted island through her Julia Baker alias by tracking her expensive and rare red wine. Liv also takes on the case of a congresswoman’s aide who almost killed a congressman (accidentally) after he sexually assaulted her. Oh, and some political stuff happened, too.

What did you think of the season premiere? Will Jake and Olivia ever make it back to the beach? Will Huck quit his new job? Will Mellie ever get dressed and wax again?