Kristen Stewart gives a strong yet nuanced performance as Pvt. Amy Cole, a prison guard at Guantanamo Bay, in the new film Camp X-Ray. Her stellar performance proves the actress can handle much more than one-dimensional, YA heroines. We sat down with the film’s writer/director, Pete Sattler, to get the inside scoop behind this stirring and controversial story.

1) Do female soldiers really supervise the “detainees” at Guantanamo Bay?

Shockingly, the answer is yes. Sattler explained, “You think there’s going to be some tough jarhead in charge, but it’s a lot of young men and women. Women especially because they can’t be in the infantry or go into battle. So, if you want to join the military as a woman, but not just sit behind a desk, you either become a translator, fort personnel or Military Police. There are a ton of women MPs down there.”

Kristen Stewart reveals why she doesn’t smile for cameras

2) Where the heck is Guantanamo Bay, anyway?

Well, it’s not in the United States. Guantanamo Bay, also known as Gitmo, is the largest harbor at the southeastern end of Cuba. The U.S. took control of this territory way back in 1903 for strategic military purposes. It is now the home of the Guantanamo detention camp. 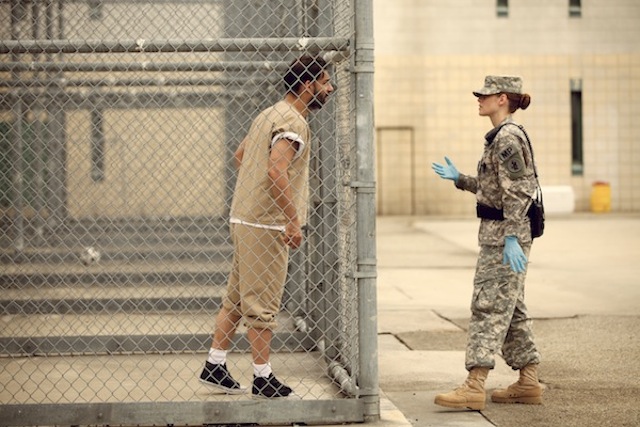 “Right after Kristen got on board and we got financing,” Sattler said, “we thought we had enough credibility to go down there for research, but at that time, a huge hunger strike just happened and they started reducing the ability of anyone to visit. They would only let a few select journalists down there.”

4) KStew says the movie set was haunted — was it?

The location where they shot the film was an abandoned juvenile detention facility just outside of LA that had a creepy vibe. “We were going into this derelict, broken down kind of juvenile prison, and when you’re there, you can feel the energy of that place. A handful of kids died there, so there’s ghost stories and whatnot. It’s really creepy at night, and the guys who run the facility used to be guards. They had plenty of stories to tell. People saw some weird stuff. It was a strange and psychically-charged place,” Sattler said.

Sattler said it was important for the movie not to take sides. “In my opinion, it’s largely apolitical. There’s so much propaganda around Guantanamo Bay that I really didn’t want this film to have an agenda. I wanted it to be very sincere, and tell the honest, emotional story of what it must be like for both of those sides to exist in that very heightened and strained world. The challenge with this kind of film is not to manipulate the audience, at least politically.” 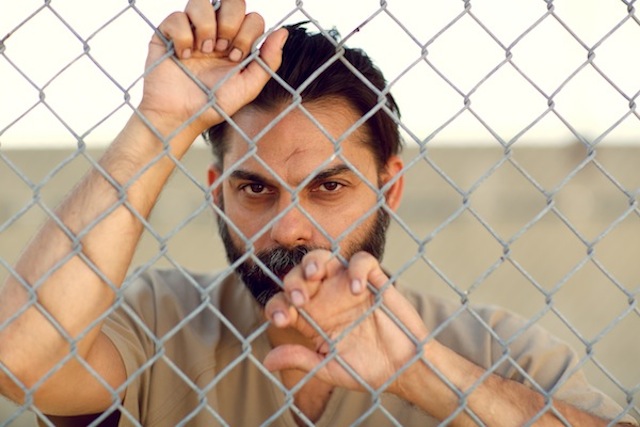 Yes, they happen to love YA fiction, according to Sattler, who said, “I found this photograph of Guantanamo Bay’s library, and there were dozens of copies of the Arabic version of Harry Potter. The Twilight books are also really popular. I couldn’t use that in the film for obvious reasons.”

7) Kristen Stewart is “all about the work”

When we asked Sattler what surprised him most about working with Kristen Stewart, he said, “My biggest fear about meeting with Kristen was that this was going to be the smallest movie she’s ever done in her life. When I asked her if she was OK with that, she said, “Yeah, I don’t care, I’m just about the work.” And she is — she’s all about going after and making honest moments on film that ring true.”

8) The inmates are called “detainees” not “prisoners” — here’s why

The George W. Bush administration asserted that these “detainees” are not subject to any protections of the Geneva Conventions code of conduct. Why is that important? It means the U.S. can use torture techniques not allowed on “prisoners,” who have actual rights. Force feeding, putting men in stress positions, sleep deprivation and beatings have all been reported to have taken place in the camp. In a 2005 Amnesty International report, they referred to Gitmo as the “Gulag of our times.” 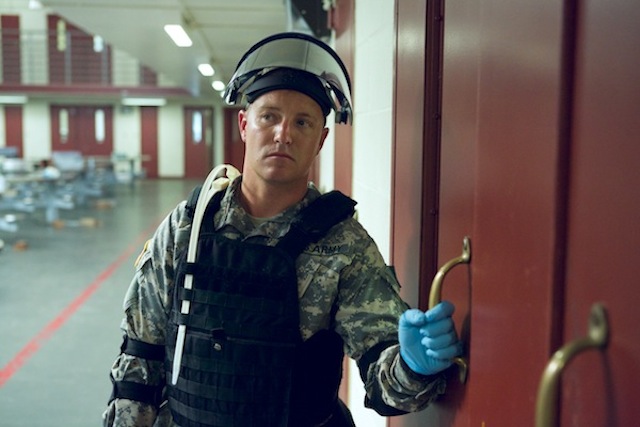 9) Why should we care about Guantanamo Bay?

While many of Stewart’s fans may not be aware of Guantanamo Bay, Sattler said it’s relevant because, “It’s part of a chain of events which affects the geopolitical world that we live in, whether we realize it or not. Even if younger people don’t remember September 11, 2001, their world has been shaped by it. The fact that Guantanamo Bay is still open creates global insecurity and creates resentment against America, and that is important.”

Moving to New York made me less afraid of terrorism

10) Will this movie prompt the U.S. to close the Guantanamo detention facility?

Probably not. While President Barack Obama vowed to close the facility in 2009 and provide “swift and certain justice for captured terrorists,” Congress and the American public have resisted any efforts to move the detainees to U.S. soil. The Guantanamo detention facility continues to remain in a state of limbo with an uncertain fate.