Never since John Hughes captured the American teenager so perfectly in his many films has a director brought the teen experience to the cinema as accurately as Jason Reitman has in Men, Women & Children. But we don’t think John Hughes would be too happy with this unsettling portrait of the millennial generation.

Men, Women & Children is an ensemble film that strings together the stories of six modern teenagers and their parents as they struggle to navigate through the many ways technology has influenced their lives — for better and for worse.

Is too much screen time having a negative impact on our children’s development?

In 1985, The Breakfast Club addressed how diverse high-schoolers interacted with one another, first with fear and hatred, and then with compassion and understanding. Ultimately, the characters played by Brat Packers Molly Ringwald, Ally Sheedy, Judd Nelson, Emilio Estevez and Anthony Michael Hall, formed a powerful bond with each other, inspiring a generation.

But the outcome of the teens in Men, Women & Children is a lot more bleak. Director Jason Reitman, who handled the teenage experience so deftly in 2007’s Juno, now paints a darker picture for both the teens and their parents. The culprit? Technology. 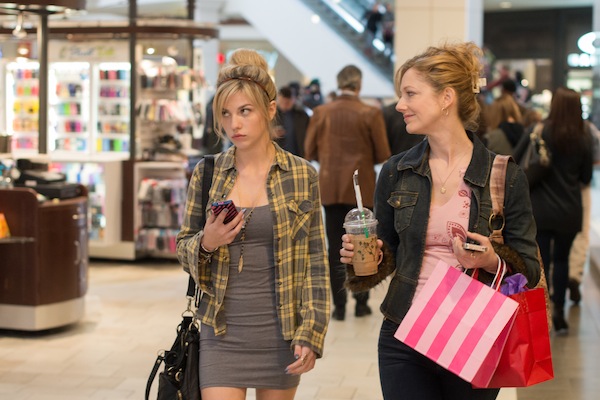 Yes, we all know we spend too much time on our screens and often choose to text, instead of speaking to each other, even when we’re under the same roof, but this film suggests something more sinister is taking place. A cultural change that most likely has Hughes rolling in his grave.

The adorable Ansel Elgort (The Fault in Our Stars) plays Tim Mooney, a star football quarterback who gives up the sport to play a video game online against anonymous opponents. The only thing meaningful in his life is his new relationship with Brandy (Kaitlyn Dever), a teen girl struggling to express herself in the shadow of her overbearing mom, Patricia (Jennifer Garner).

The Fault in Our Stars book vs. movie: 7 Tweaks

Tim’s distress began after his own mother abandoned the family for a new lover. But it’s when Tim sees a photo of Earth, taken by NASA’s Spacecraft Voyager, often referred to as the “Pale Blue Dot,” that he begins to feel completely insignificant. The picture was taken millions of miles away, making Earth seem tiny and inconsequential, like it’s just a little meaningless rock in a vast universe, perfectly summing up how Tim feels about himself.

About his character, Elgort said, “I really had to chill myself out and try not to smile because Tim is someone who’s in a dark place.” 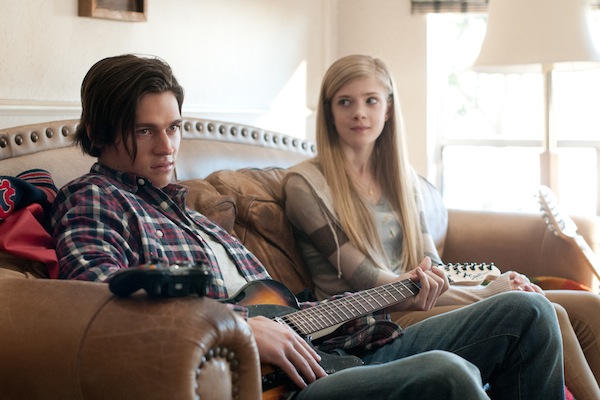 But things get worse for the other teens in the film. Allison (Elena Kampouris) is a cheerleader who spent her summer starving herself, visiting “pro-ana” websites for dangerous encouragement and “thinspiration.” She tempts death as she struggles to gain the approval of those around her.

And then there’s Hannah Clint (Olivia Crocicchia), a teen obsessed with becoming famous and being on a reality TV show. Fueling Hannah’s fire is her mom, Joan (Judy Greer), who sells suggestive photos of her daughter online.

About Hannah, Crocicchia said, “With the website she’s built with her mom, she’s so out of tune with the world that I don’t think she really has any idea what her pictures really mean to her ‘fans’; but I think she picks up on the fact that if she pops her chest out, she gets more attention.”

So, what can we take away from this movie that may very well define a new generation? Growing up digital may have more dark consequences than we’ve even begun to imagine.

Reitman said, “The movie doesn’t serve to give answers to what is happening right now because who are we to know? The movie serves as a mirror of this time, in this moment. Hopefully, a mirror that makes the audience think a little bit about who they are — where do they sit in their community and how do they communicate with the people around them.”