Joan Rivers’ love for new technology knows no earthly ties, as a Facebook post on the dead comedian’s page extolling the virtues of the new iPhone 6 shows.

The post, which went up this morning — more than two weeks after Rivers died while undergoing a throat biopsy — shows a photo of what is supposed to be the box for Rivers’ old iPhone 4, which “she” writes she is replacing with the new iPhone 6 today. 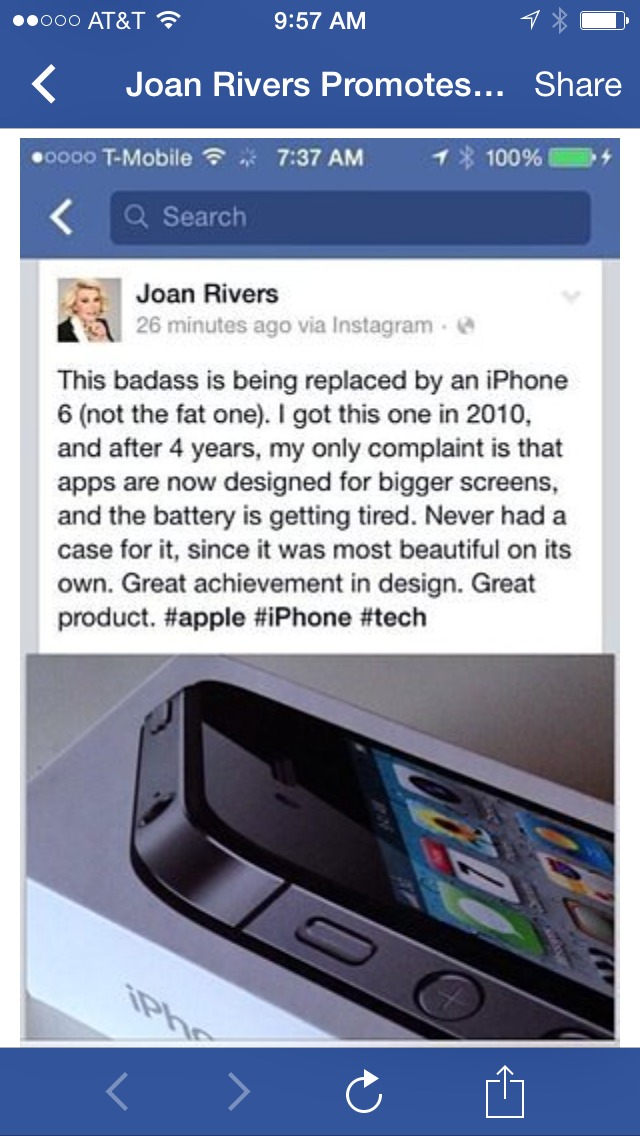 Melissa Rivers speaks out about her mom’s death >>

It makes you think: Are we not above such base desires as the latest and greatest tech toys in the afterlife? Does heaven — or whatever awaits us — not have the iPhone 87 yet, since Steve Jobs is already there and time is meaningless in the great beyond? Or is the spirit of Joan Rivers unable to move on, stuck on this plane awaiting a new phone she will never be able to use because her ghostly hands frustratingly just pass right through it every time she tries to pick it up?

And who does she need to call? Does she want to thank Howard Stern for his hilariously wrong roast of a eulogy? Does she want to continue harassing Melissa about her love life? Perhaps she still wishes to weigh in on red carpet hits and misses.