Halloween may not have breached the horizon yet, but that doesn’t mean you shouldn’t already be thinking about Christmas, making your Christmas lists and loading up on plenty of Christmas MP3s.

You should probably also break out your Christmas calendar and start planning which movies to watch.

Can’t you just picture the tree, the presents, the tinsel, the sweet twinkling lights? Can’t you practically smell the sweet pine scent of a freshly cut tree, the magical yum of those special pumpkin-spiced lattes, the zing of red cinnamon candles?

Good. Now, look around your little “Christmas in September” fantasy and ask yourself what’s missing.

If you said Grumpy Cat wearing a Santa hat, you’re about to be a very happy person, because the lovable little sourpuss that launched an internet meme-a-thon like no other is making a movie called Grumpy Cat’s Worst Christmas Ever and it’s headed to Lifetime this holiday season.

But wait — what’s that? You object to my all-inclusive dubbing of December as the “holiday” season? Oh, dear. Well, don’t worry, because there’s a movie coming out for you, too — Kirk Cameron’s Saving Christmas.

Yes, it stars Kirk Cameron. Yes, the trailer is amazing.

Here is the actual poster. 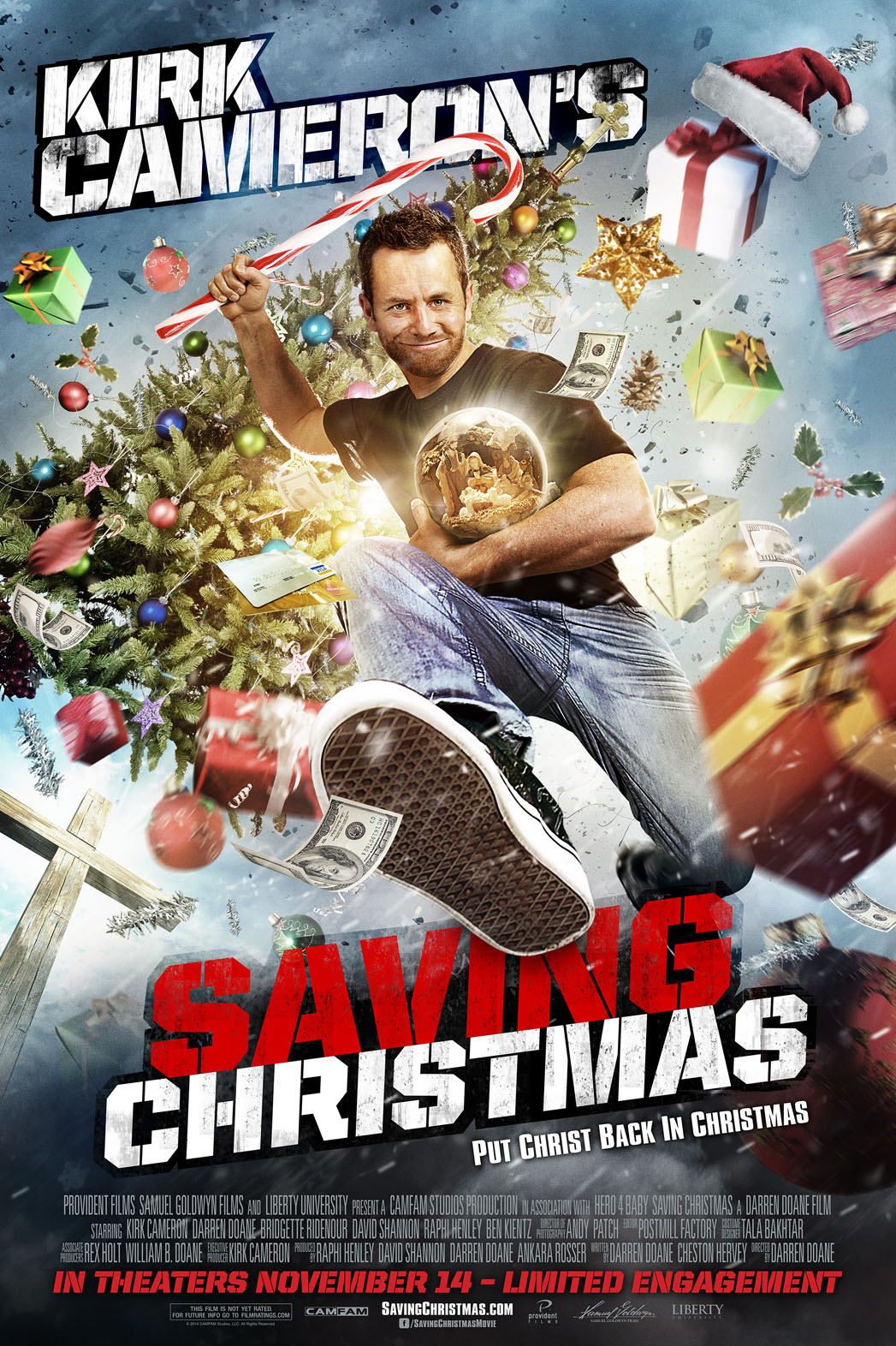 And, no, you’re not dreaming. That really is the real poster and it really does feature Kirk Cameron protectively clutching a nativity snow globe while swinging a giant candy cane as he does battle against a plethora of traditional Christmas and capitalist symbols.

Anyone feeling a little more excited about Grumpy Cat?

Grumpy Cat’s Worst Christmas Ever begins with the adorably cranky feline living in a mall pet shop. It’s a mall where apparently nobody has a soul, because her adorable frown makes all the pet shoppers run in the opposite direction, which leaves her with a pretty bad attitude about life.

Fortunately, a 12-year-old girl named Chyrstal realizes she can hear Grumpy Cat talking and falls in love with her. It might have something to do with what is sure to be an amazing voice-over by Aubrey Plaza (Parks and Recreation, Scott Pilgrim vs. the World). The two share some Christmas capers as a result of their unexpected friendship and, although she’s a cranky little thing, we’re willing to bet Grumpy Cat learns something about the holiday spirit along the way.

You see, Cameron is fed up with people wishing other people “season’s greetings” and wants to treat you to a film full of dancing, feasting, tradition and a really awkward conversation in which Cameron’s advice to his cranky brother-in-law is, “I know you love Christmas, and you want it to be about what it’s all about…” before they cut to a shot of said brother-in-law busting into the family holiday party with reclaimed Christmas gusto so powerful, the only way he can make his entrance is to slide across the floor like he’s just discovered a nativity-themed Slip ‘N Slide.

So, which movie looks worse? Well, it all comes down to whether you prefer a hairball under your Christmas tree this holiday season or a hair shirt.