For Kerry Washington, purple is definitely in this fall.

The Scandal star sported a purple Prada clutch at both the Emmys and the NAACP Image Awards this year and she’s been seen toting a deep amethyst bag around New York City this week. The bags, Time reports, are much more than a fashion statement.

In light of a number of high-profile allegations of domestic abuse allegations against NFL players, Ray Rice and Ray McDonald, the media conversation has focused heavily on the factors that cause battered women to stay in abusive relationships.

15 #WhyIStayed tweets that’ll give you goosebumps >>

On Monday night, Washington hosted the launch of the 2014 Allstate Foundation Purple Purse Program, designed to educate women about another side of domestic violence: financial abuse. 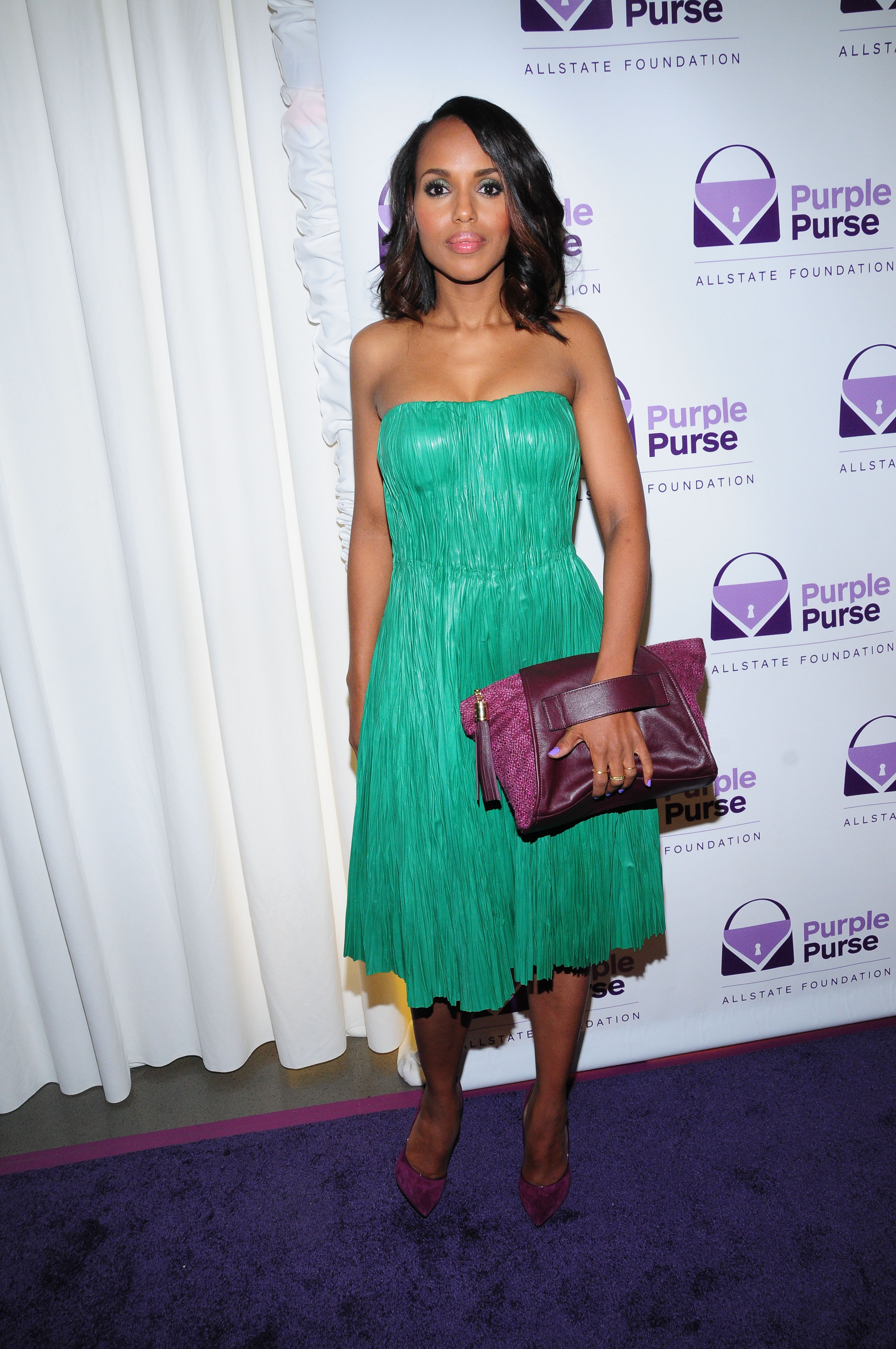 “One in four women will be a victim of domestic violence,” she explains in the video. “Finances are almost always a weapon of choice. Taking away access to cash, destroying credit, jeopardizing jobs; financial abuse leaves invisible bruises that can take decades to heal.”

The purse is a metaphor for financial abuse. And purple, the actress explains, is the color used for domestic violence awareness.

Washington is married to former NFL player, Nnamdi Asomugha, making her a great spokeswoman for the campaign in light of the domestic abuse investigations that have rocked the NFL this month. She’s also the designer of a limited edition purple purse that will be used to raise money for the campaign. According to Time, only 500 of the purses will be made, and while some will be sold as a fundraiser for the Allstate Foundation Purple Purse Program, others will be handed out to celebrities to carry on the red carpet to draw attention to the initiative.

Check out Washington’s full PSA below.

58 mins ago
by Jennifer Edelston