Cumberbatch turned his entire female fan base into a giant bowl of Jell-O when he decided to pose provocatively as Jane Austen’s romantic hero, all in the name of charity. The “Sherlock” star is seen in a sexy new image, standing waist-deep in a lake in a white unbuttoned shirt — much in the way Colin Firth did for his rendition of Pride and Prejudice. 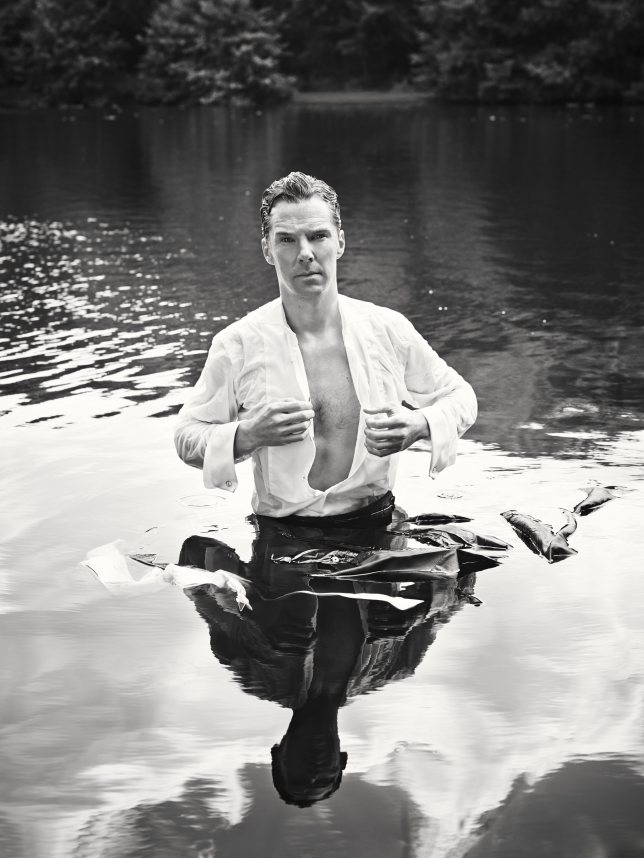 The British actor agreed to do the photo as part of a campaign called Give Up Clothes For Good, which is raising money for cancer research and is sponsored by Cancer Research UK and TK Maxx. While Cumberbatch’s photo was the one that got the most attention, various other celebrities have also participated in the worthy campaign.

Stars such as Liam Neeson, Charlie Hunnam and Jerry Hall all had their photos taken by renowned photographer Jason Bell. Even the flamboyant DWTS judge Bruno Tonioli took part, and unsurprisingly, went full-on nude for his shot.

The campaign photos are all being shown in an exhibition at La Galleria Pall Mall from Sept. 16 to 20 with an entry of £2, or via a clothing donation. Additional clothing donations are also being accepted at all the local TK Maxx stores.

Give Up Clothes For Good has raised over £17.6 million to help beat children’s cancer, which is the leading cause of death in kids. However, with help from the campaign, more children are now surviving cancer due to all the work done by Cancer Research UK.

2 hrs ago
by Araceli Cruz