The Originals is gearing up for Season 2 with some tantalizing images that have us thinking the war for New Orleans is shifting to make way for some more strategy when the show returns.

Not that we think that means the violence is going to diminish in the slightest. If anything, the fighting around New Orleans is bound to get worse, not to mention, the internal fighting between the Original family now that Phoebe is a hybrid and Mama and Papa Original are back from the dead.

Considering all the drama we know is about to unfold, the just-released images from The CW are — excuse us — kind of tame. They seem to be more of a character introduction than a showcase of the awesomeness that’s about to go down. But we’ll never miss the opportunity to stare at our favorite characters’ faces. We’ve missed Elijah (Daniel Gillies) dearly and are quite happy to report his looks haven’t diminished between seasons. 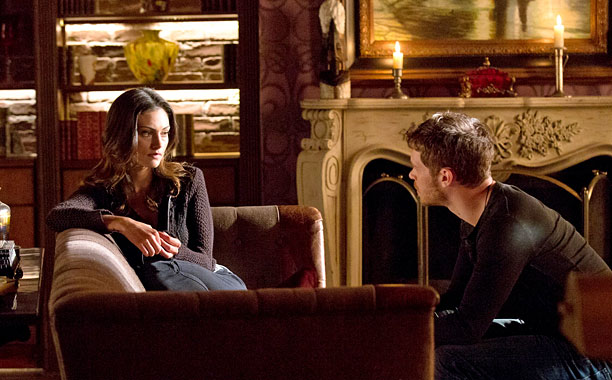 We’re keeping our fingers crossed that we’ll see the relationship between Klaus (Joseph Morgan) and Hayley (Phoebe Tonkin) develop in Season 2. Of course, we definitely don’t want or expect anything of love triangle proportions, but she and Klaus had some really great moments in Season 1 we hope continue to grow. He, no doubt, will be able to council her through becoming a hybrid and, since they share baby Hope together, we think there’s a good chance for some solid mutual respect. 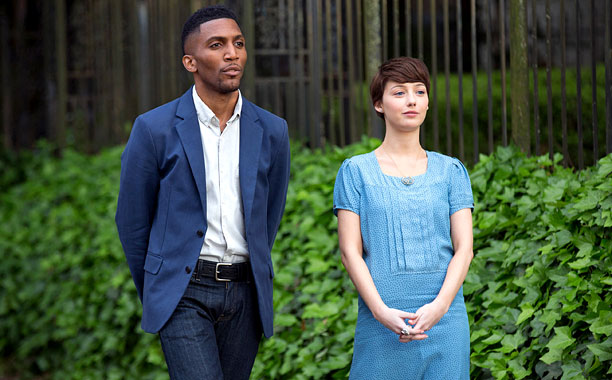 Genevieve may be gone, but the witchy body snatching, swapping and returning is far from over. It is New Orleans, after all. If anything, the magical game is only going to be heightened since that lovely lady in the blue is Mama Original back from the dead, and we hear she’s going to be more the haunting type than the lovable mother. The guy next to her is one of the Original brothers: Kol or Finn come back to help their mom destroy Klaus, no doubt, since the family has a history of thinking the hybrid is an abomination. 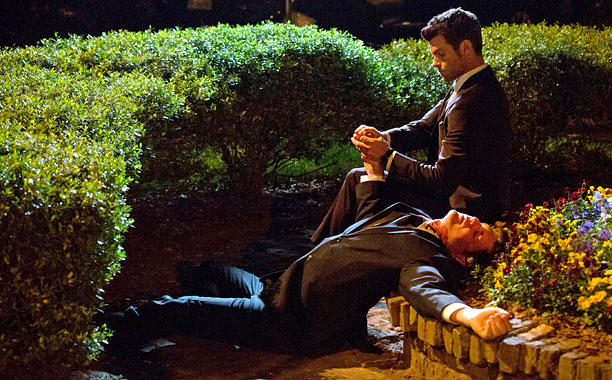 We love Elijah no matter what, but we love him most when he’s being bad. This picture seems to indicate some pretty naughty actions from the suit-rocking Original. We can’t help but admire the way he so properly inspects this poor corpse. 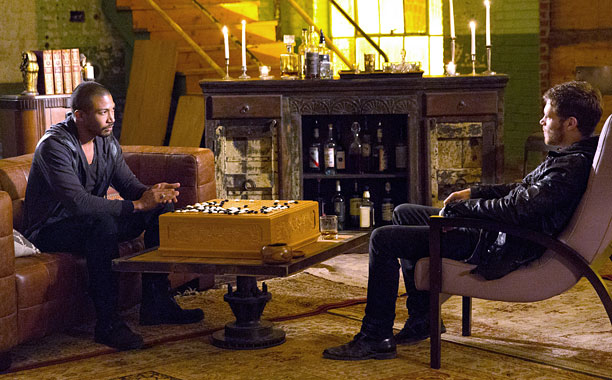 Well, this is a sight we never thought we’d see. No doubt, the father and son vampire duo aren’t playing a friendly game of Go (that’s what the game above is called). Remember that strategy we mentioned? No doubt, there is a different game afoot, rather than some pleasantries to waste an afternoon.

The Originals returns to The CW on Monday, Oct. 6.