Kate Middleton is pregnant with baby No. 2, and while we are thrilled for the endlessly adorable couple, there is a part of us that is groaning on the inside. Our dread has nothing to do with the fourth-in-line’s imminent arrival. We’re groaning on the inside because of how the public reacted the last time the duchess was pregnant.

Don’t be surprised if this recap makes you grunt “ugh” and leaves you with the compelling desire to hide under a blanket for the next six months.

It’s official! Will and Kate expecting baby No. 2 >>

Let’s start the party with the wackiest headlines from Middleton‘s first pregnancy.

“Forget souvenir tea towels — how about a royal baby sick bag?” Good thinking. We needed a sick bag, but not because we were flying.

“Baby fever gives us life-size Kate Middleton cake.” Because every expectant mother should have a life-size confection in the exact likeness of her and her baby. Too. Far. 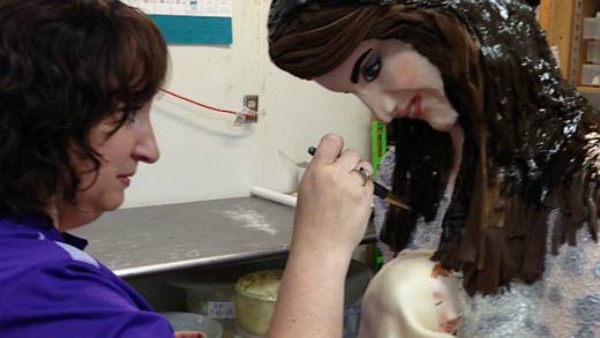 “Royal baby watch? There’s actually an app for that.” There is an app for that. It’s called the “People with nothing better to do with their time than stalk Kate Middleton” app.

Prince George turns one: 5 Things he has in common with Princess Diana >>

“Beckham wants royal baby named after him.” This answered our burning question, “Is David Beckham the most narcissistic person in the world?” with a resounding “yes.” Maybe Beckham will get his wish the second time around.

“After royal baby, what’s next for Will and Kate?” Really? What this headline is really asking is, “What are we going to talk about after the royal baby is born?” As for Will and Kate, they’ll do what all new parents do, which is not sleep.

“When and where did Kate and Will have royal sex to conceive royal baby?” That’s just royally inappropriate.

“She’s having a baby! How your business can cash in on Kate Middleton’s pregnancy.” This headline was generated by Smart Company, not by Bottom Feeders Weekly like we originally thought.

“Snooki gives Will & Kate tips on being a new parent: ‘It’s hard, but don’t stress out.'” We didn’t read this article (do we really want to meet the people who did?), but we’re sure it was full of helpful hints like where to get your newborn a spray tan and the best outlets for leopard print onesies.

Tacky merchandise (brought to us by folks who do read Bottom Feeders Weekly) included spooky knitted royal family voodoo dolls, a prince potty chair (that’s not why a toilet is called a throne, people), phone covers with the royal baby in a carriage and pacifiers declaring, “Born to reign.”