It’s no secret Ariana Grande has a look.

From the red carpet to the stage, the “Fancy” singer always seems to be rocking the same ‘do: her signature piled-high pony.

Ever wondered why Ariana is a one-look girl? Her hairstylist, Dalina Rebollo, explained to Herbal Essences what inspired the style.

“It’s a club scene, sexy and edgy. She’s a true performer, not letting anything get in her way — not even her hair,” Dalina explained. “So we always pull it away from her face, but we will still have it down and sexy with a hint of innocence.”

Dalina went on to explain that Ariana’s oft-rocked half-up, half-down pony is an evolving style.

“It’s her signature look. It’s a high ponytail with a flip underneath. We’re kind of going away from the curls now. She’s evolved into a sexy, more respected pop star. So she has her signature look, but it’s more wild, more fun.”

Jeremy Scott on dressing Ariana Grande at the VMAs (VIDEO) >>

To prove that Ariana Grande can rock more than one ‘do, check out these photos that show off the star’s versatile style. 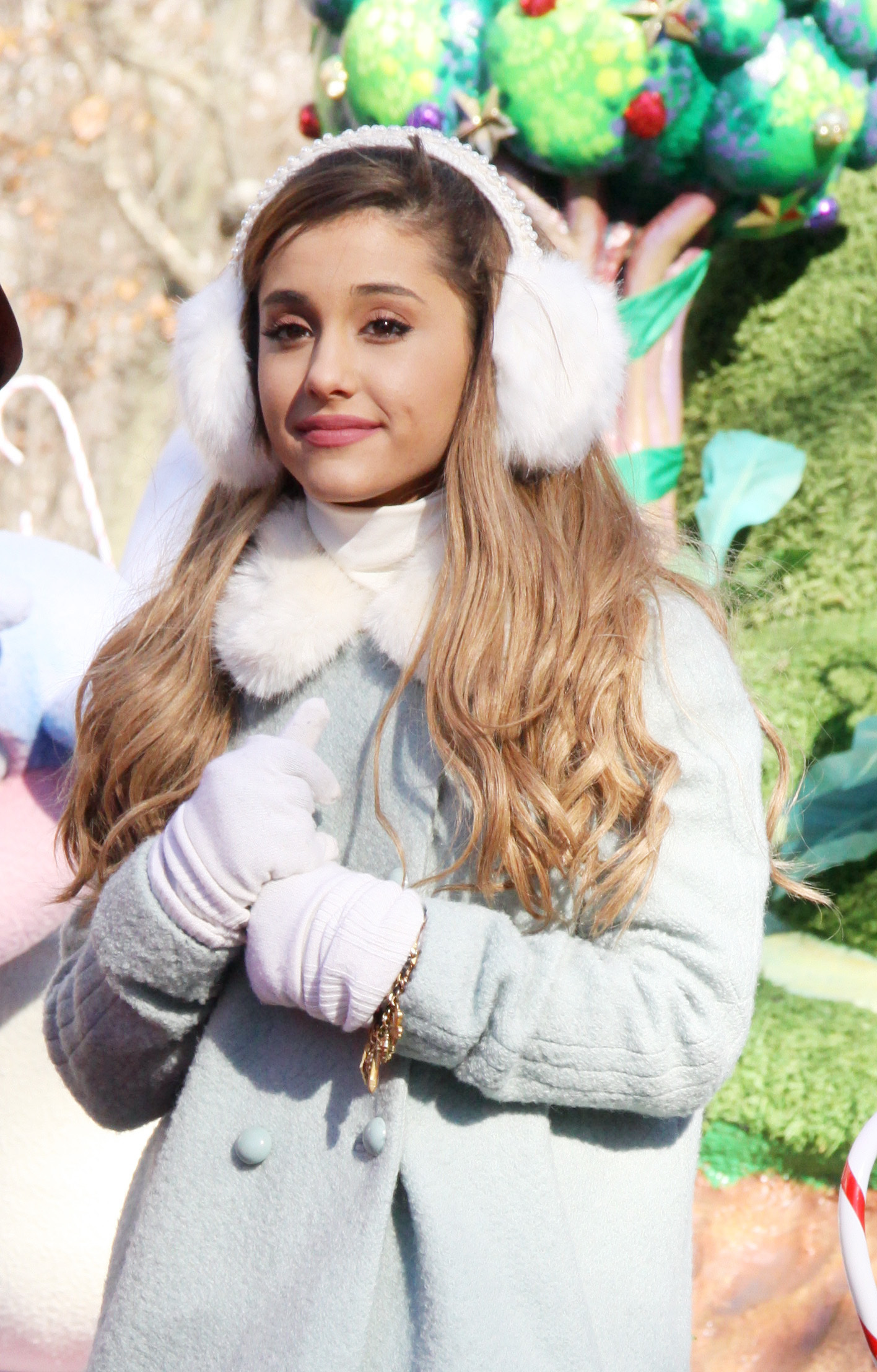 At the 2013 Macy’s Thanksgiving Day Parade, Ariana performed with long curls past her shoulders and an adorable pair of white earmuffs as an accessory. 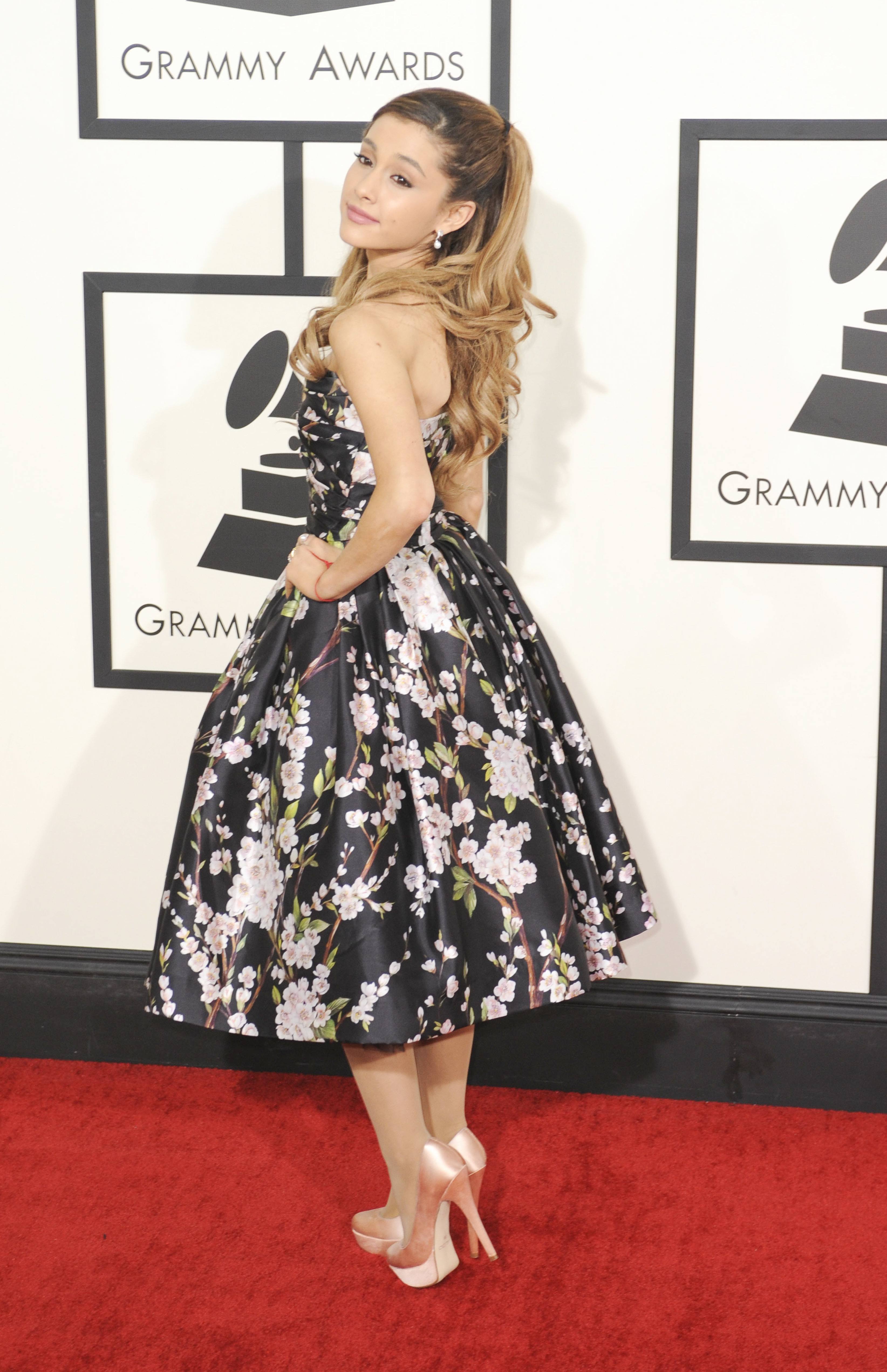 At the 56th Annual Grammy Awards in January 2014, Ariana stuck to her signature style — half up and half down — but mixed it up with sideswept bangs, rather than a slicked-back look. 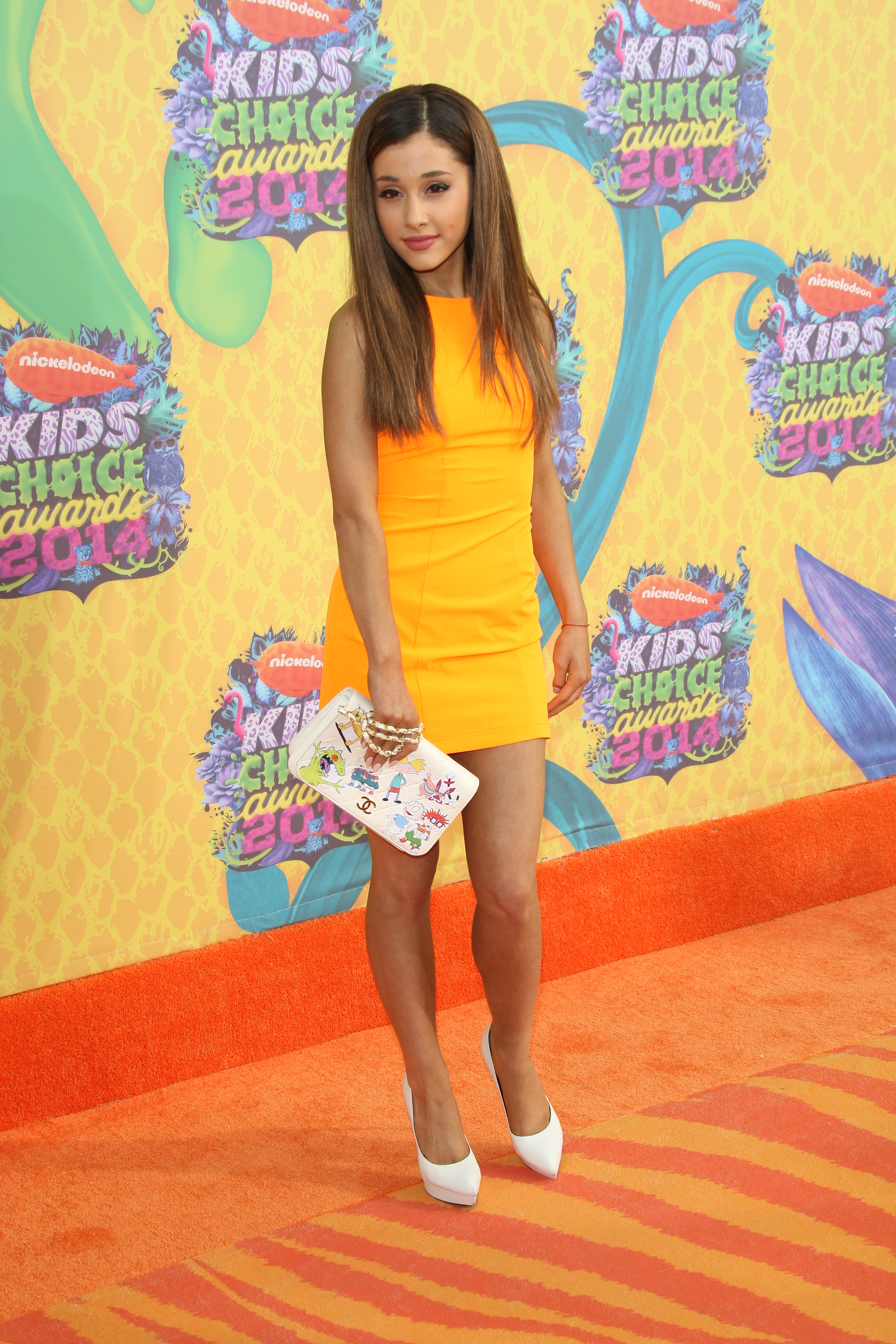 Straight as a board and parted down the middle was the look Ariana chose for the 2014 Nickelodeon Kids’ Choice Awards — a look that gave her a definite young and innocent vibe. 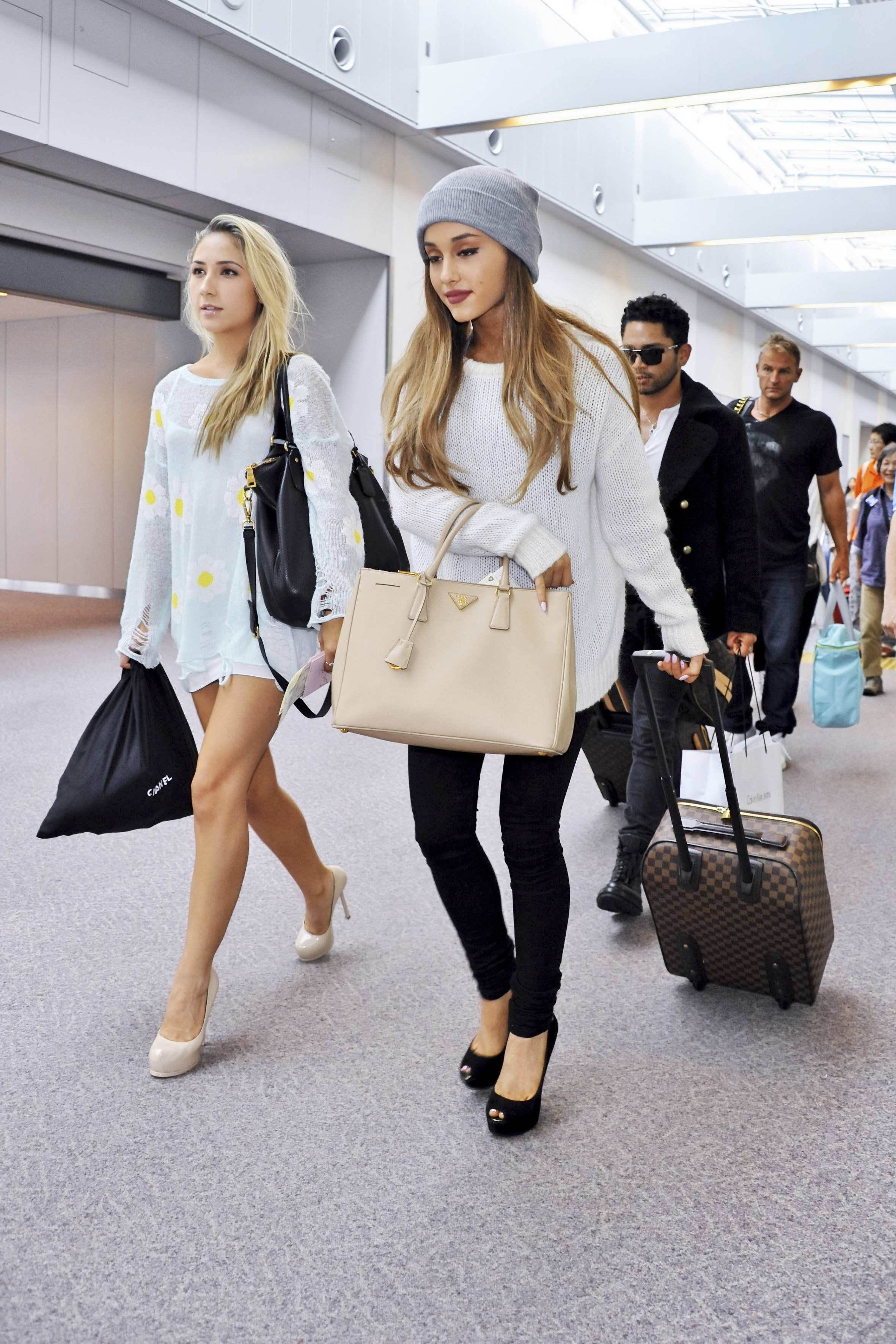 A paparazzo caught Ariana in a Japan airport rocking straight locks and a super-cute beanie to keep her hair in check. 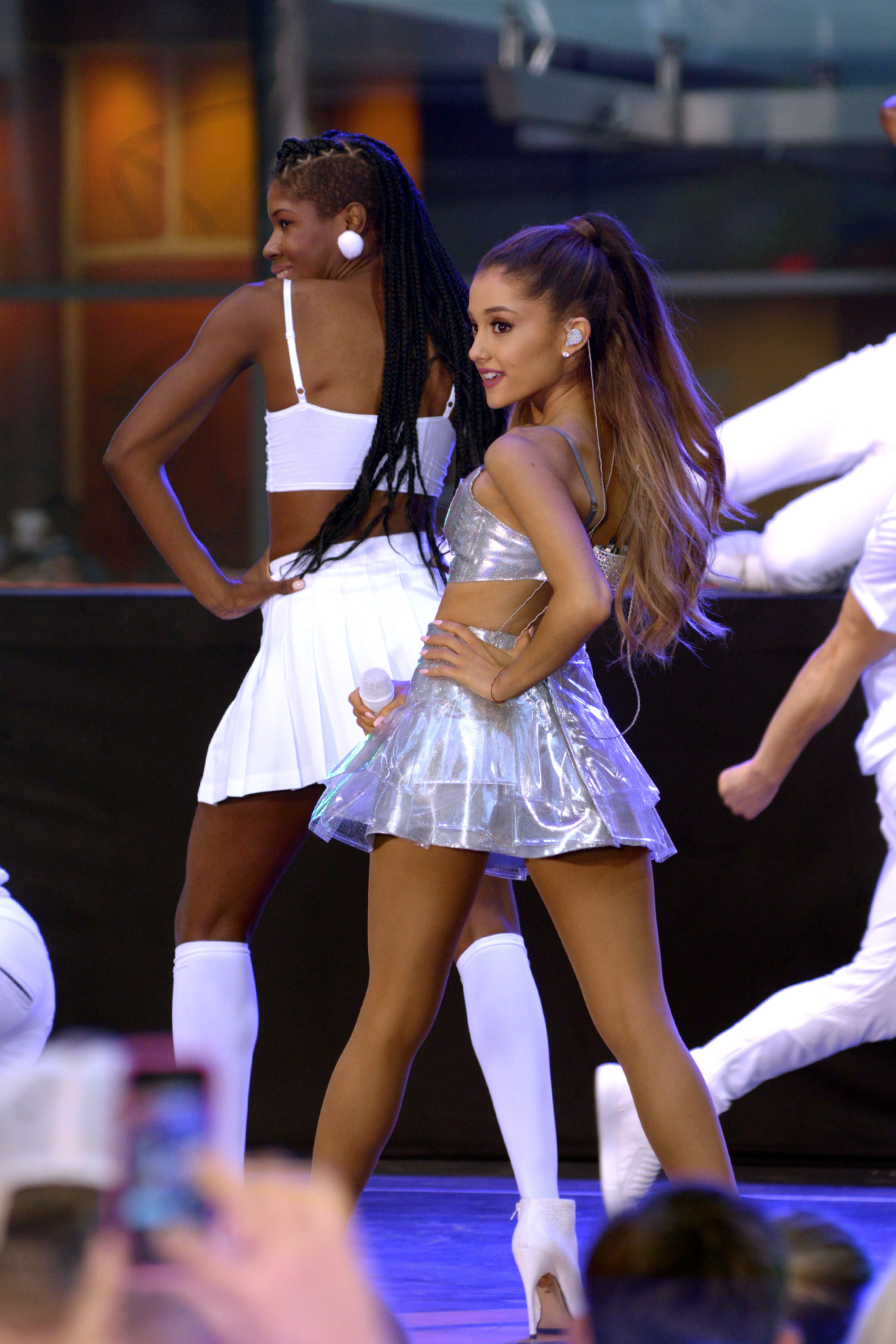 Most recently, at the MTV Video Music Awards, Ariana was wearing what appears to be her favorite look: hair that’s half up and half down. As she’s gotten older, she’s replaced curls with straight hair for this style.

Which of Ariana’s looks is your favorite? Tell us in the comments.