We’re a month out from the Supernatural Season 10 premiere and we couldn’t be more excited. There’s so much to look forward to: the musical-ish 200th episode, Demon Dean and… karaoke?

The CW just released its first tease of Season 10: three photos that are a mix of amusing and worrisome. Between Demon Dean belting it out to karaoke, perhaps ordering some pie from the cute waitress and Sammy tied up and under the thumb of Cole (Travis Aaron Wade), it’s easy to see that there will be a lot going on in the world of the Winchesters and it won’t all be good. 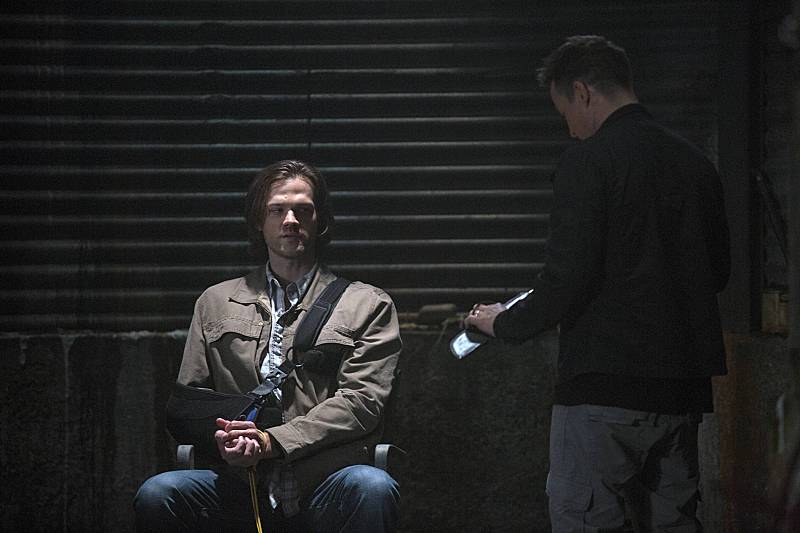 But we kind of already knew that? Between Comic-Con, scattered interviews and what The CW has already shared, we knew things were going to be bumpy. How could they not when Season 9 ended with Dean (Jensen Ackles) becoming a demon? They’ve long teased that the boys would start off Season 10 separated. Rumor has it they won’t reunite until the third episode.

Things Dean could do to keep it fresh in Season 9 >>

Earlier this summer, Supernatural‘s EP, Jeremy Carver, chatted with Entertainment Weekly and shared an interesting scoop that might explain this picture of Sam (Jared Padalecki) and Cole.

“It gets very interesting in that Sam is hunting down his brother, who he eventually will discover is a demon — he doesn’t know that on the onset — and with the hopes of saving him or curing him in some way,” Carver shared. “While you’ve [also] got this character of Cole, who is hunting down Dean for entirely different reasons. It’s going to cause all kinds of complications, and the character of Cole is someone who will evolve from how we see him to something very different once he finally does come face-to-face with Dean.”

Do their mutual hunts for opposing reasons explain why Sam looks like he’s being held captive in the photo? Most likely, but only time will tell. Meanwhile, what’s going on with Demon Dean? 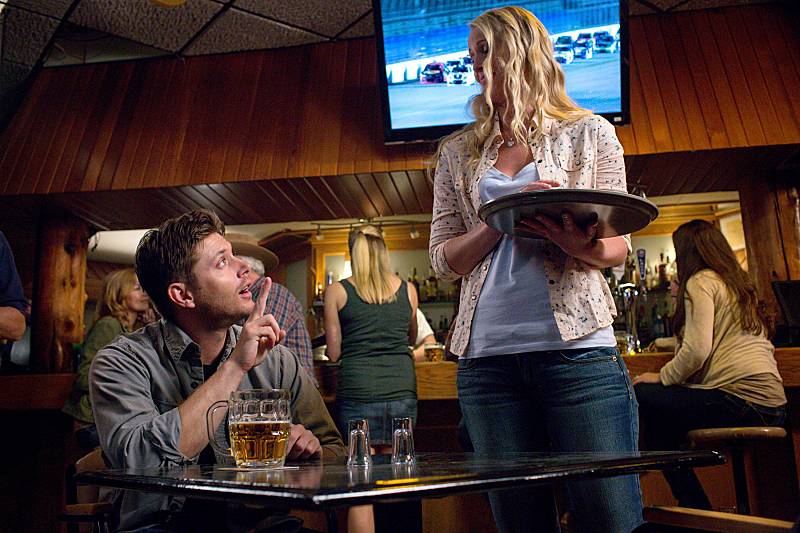 From the looks of things, not much has changed. He’s still being a ham and flirting with pretty girls. In this instance, that lovely lady is a cocktail waitress apparently named Anne Marie. Rumor has it that Dean’s first pie order from her could lead to an actual relationship and we could see a lot more of the character. That’s cool, right, Dean fans?