It’s amazing any of us made it through high school alive. Whether you were the popular kid or the geek, pressures were high. People weren’t always nice, and things have seemingly only gotten worse as bullying is now an epidemic.

Perhaps kids would be better prepared if they were educated about bullying: why it happens, how it happens and how to stop it. Thankfully, several authors have stood up over the years to portray the horrors of high school to educate kids as they slowly become adults.

By reading the following roundup of anti-bullying books, maybe we can save at least one kid the trouble (and terror) of a high school wrought with mean kids. Maybe these books will make a bullied child feel not so alone. I present the following list of books all teens should read before embarking on the wonderful, scary adventure that is high school.

1. Positive: A Memoir by Paige Rawl 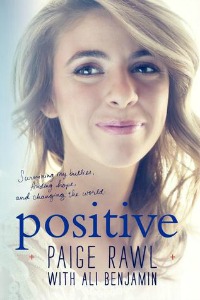 Paige was HIV-positive since birth, and her illness never affected her social life until she reached high school, and the word got out. Suddenly, she was the target of bullying, and one night, she even considered suicide. Instead of taking her own life, she found a way to fight back through a positive outlook. She encourages readers (student, teachers and parents) to fight for compassion and act in the face of bullying. This is a touching, personal account that will leave you battle ready.

How much bullying is really bullying? >> 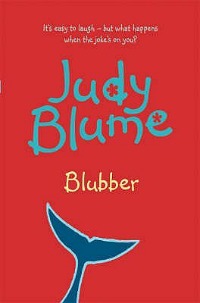 Author Judy Blume has tackled countless teen issues, but in Blubber, she attacks bullying head-on. It all starts with a note about Linda: “Blubber is a good name for her.” The note spreads as does the nickname. Now, Jill has to decide what she feels about picking on one of her classmates. Will she poke fun like the popular kids or stand up for the victim of their abuses? This is a question all kids will have to address in school, and the lesson is incredibly important.

3. The Drama Years by Haley Kilpatrick 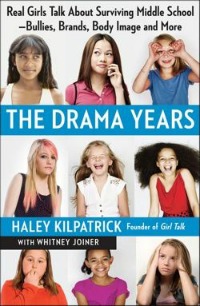 In this collection of real stories from real teenage girls, honesty is the more effective policy. Teen girls go through so much emotionally and biologically. It’s impossible to expect them to have an easy time during this time of transformation. How do young women deal with issues of bullying, body image and relationships? True to life and sometimes heartbreaking, this collection will inspire girls to be strong, be themselves and be supportive of their fellow female.

4. The Truth About Truman School by Dori Hillestad Butler 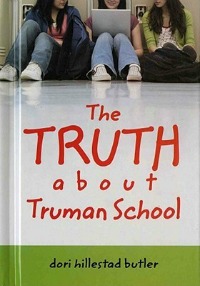 Zebby and Amr just want people to be honest, so they create a website where everyone at Truman School can speak the truth (unlike in the school newspaper where everything is sunny and fine). However, they could not have foreseen that giving their classmates free range would cause such mass destruction. Stories escalate, and rumors start. Rumors lead to bullying. Will the girls be able to control the cruelty they have unleashed?

Eminem was bullied in school >> 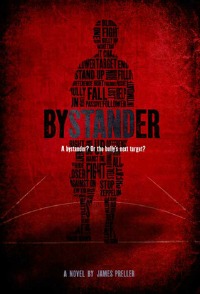 Eric is the new kid in the town. He makes friends with Griffin, who seems like a cool guy. He’s popular, funny and confident. Despite his positive attributes, negativity seems to follow Griffin like a ghost. Eric soon comes to realize his new friend is really a bully and a thief. Eric could stand by and watch this happen, or he could stand up for the kids Griffin terrorizes, risking that he might be Griffin’s next target. This book is about the importance of personal decisions when surrounded by the mob of cool kids.

6. Thirteen Reasons Why by Jay Asher 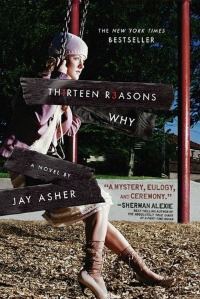 This is not an easy read, but I feel it’s a necessary addition to the list. Hannah Baker committed suicide. Two weeks later, Clay (her classmate and crush) returns home to find a message from Hannah about why she did it. He’s dismayed to see he’s on her list of 13 reasons. It’s too late for him to save Hannah, but maybe he can save other kids? He travels the city with Hannah’s words as his guide and learns hard truths about himself and others in the process. 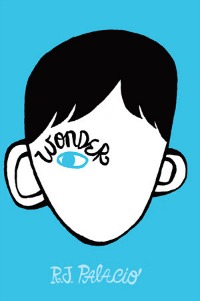 August Pullman was born with a facial deformity that kept him home-schooled… until now. He enters the fifth grade in public school, but other kids can’t get past the way August looks. The point of view switches between August and his classmates as the whole town must move past his physical appearance to know the boy within. This is a story of compassion, empathy and acceptance. Don’t blend in when you were meant to stand out. 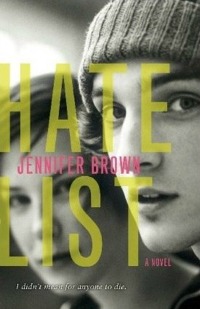 Valerie’s boyfriend Nick opened fire in their school. She inadvertently was shot herself while trying to stop him, but she is soon implicated in the crime. She and Nick created a “hate list” of people they didn’t like in their school, and the people on the list turned out to be Nick’s targets. When Valerie returns for the new school year, she must come to terms with the tragedy and learn that just because people are different, they do not have to become victims.

What to do if your child is being bullied
Parenting a bully: Who’s to blame?
Real mom story: My child was bullied