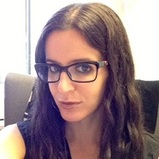 The anti-gun violence organization, Mayors Against Illegal Guns, has just released a new video for its “Demand A Plan Now” campaign. This video is not the first of the campaign, but it is certainly the most packed with celebrities and the most impactful.

The just-over-a-minute, PSA-esque video wastes no time getting to the heart of the matter from the first second. It opens with one simple, yet overwhelmingly powerful word from Jamie Foxx, “Columbine.” It is a word that has evolved to essentially be synonymous with “gun violence” after the worst-in-history high school gun massacre took place there in 1999.

A year of domestic violence up close and personal >>

Sound bites such as “if we had just done something,” “how many more,” “it’s time” and the like resound throughout the PSA as celebrities urge peers and leaders to take action against the horrible crime that is gun violence. And they plead not just to take action but to take action now. Right now. It is already too late, and the powerful PSA reminds us all that we should not and cannot let it get any later.

The number of deaths from gun-related violence has increased steadily over the past decade, and while one video certainly cannot curtail this on its own, it sure is a good way to try. Cheers to all the celebs in the video who gave their time to support this most-needed cause.

Watch the powerful PSA below.