Educated at Oxford and trained in all things Shakespearean, the beautiful Kate Beckinsale takes on the role of a mentally ill woman in the chilling new movie Stonehearst Asylum. 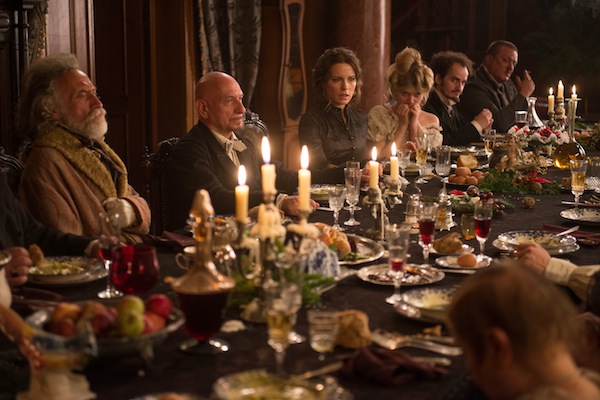 Stonehearst Asylum takes place in Europe in 1899. At the time, treatment for the mentally ill was pretty close to barbaric. The field of psychology was in its early stages, and very little was understood about the human brain. Sigmund Freud hadn’t yet published his famous The Interpretation of Dreams, and people in the upper class considered it a disgrace to have a mentally ill family member.

Mental asylums were dark and dreadful places, best avoided, and Stonehearst Asylum is no different. Based on the story “The System of Doctor Tarr and Professor Fether” by the master of creep himself, Edgar Allan Poe, this is a tale where the lunatics literally take over the asylum — for better or worse.

Kate Beckinsale plays the character Eliza Graves, a woman who is intoxicatingly fragile and complex. She suffers unexplained seizures when under stress and has a number of irrational fears. She lives locked inside a hidden world with delusional mental patients and she fears leaving the asylum, even when she meets sensitive and caring medical student Edward (Jim Sturgess), who offers to help her escape.

Turns out Beckinsale had her own emotional struggles after her father, a famous British sitcom actor, died suddenly of a heart attack when Kate was 5 years old. He was only 31. Her family had a tough time recovering, and Kate’s unresolved grief came to a head when she was a teenager. At 15, she suffered a nervous breakdown and had developed severe anorexia. She weighed a mere 70 pounds at her lowest point.

Beckinsale has spoken openly about her difficult childhood, which was spent reeling from her father’s death. Things got more complicated when she and her actress mother, Judy Loe, moved in with TV director Roy Battersby and his four teenage sons. Beckinsale told the Daily Mail that she felt “invaded” and that her teen years were a “terrible time,” adding, “Let’s just say that it wasn’t a great period of my life.”

Luckily, she underwent four years of psychotherapy, working on herself, getting stronger and dealing with her repressed pain. Beckinsale now seems to have come out of the tragedy determined to succeed and better equipped to handle the strains and pressures of Hollywood. 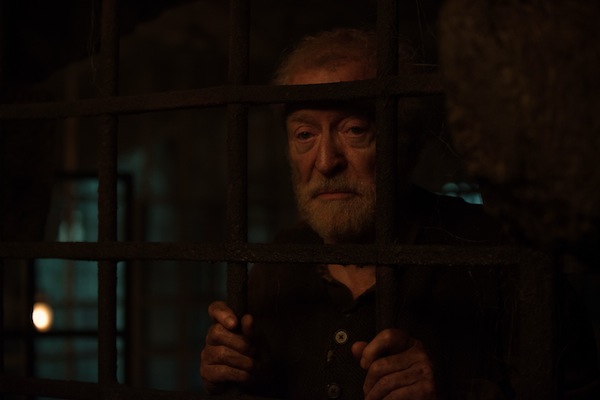 The extraordinary cast of Stonehearst Asylum makes the film much more than your typical horror movie. Oscar winner Ben Kingsley plays the diabolical Dr. Lamb, a man with his own terrible dark secrets.

Acting legend Michael Caine plays Dr. Salt, a man who uses torturous medical techniques and terrifying methods in a misguided effort to cure his mentally ill patients. It’s really no surprise that — spoiler! — his patients lock him up inside the asylum’s basement and leave him for dead.

Irish actor Brendan Gleeson (Calvary) plays “The Alienist,” which sounds like a term for someone who searches for UFOs but is actually the older name for a psychiatrist.

Psychologically dark and creepy, Stonehearst Asylum has numerous twists and turns that will keep you guessing till the very end. The movie opens in theaters Oct. 24.