American Horror Story: Freak Show is not messing around with their aptly titled Season 4.

Kathy Bates is sporting quite the sexy beard. Angela Bassett’s got a third breast. And, well, how could we miss two-headed Sarah Paulson up there swinging from the hoop? Is it just a trick of the show or will these circus freaks actually have crazy deformities? We can’t wait to see how the show explains these unsettling characters.

The girl swallowing the sword and the pale guy peeking around the frame on the right-hand side of the shot are also details not to be missed.

No sign of returning cast members Evan Peters and Emma Roberts or newcomer Matt Bomer — unless one of them is the poor soul shoved inside the cage on the bottom left-hand side of the photo. It looks like a girl. But this is Freak Show, after all, so you never know.

This poster comes along with a series of short teasers the show has been releasing throughout the week. One, titled “Lick,” shows a person with a split tongue eating a lollypop. Another, “Spotlight,” shows a woman swinging from a trapeze, carefully using her three legs to balance as she swings in a graceful pose. Yet another one of the promos, “Caged,” might be a clue to the cage in the photo. The teaser shows a girl wedged inside while someone creepily strokes the outside.

With all these crazy new teasers being released, the premiere can’t come soon enough. We have a good felling this season is going to be amazing. 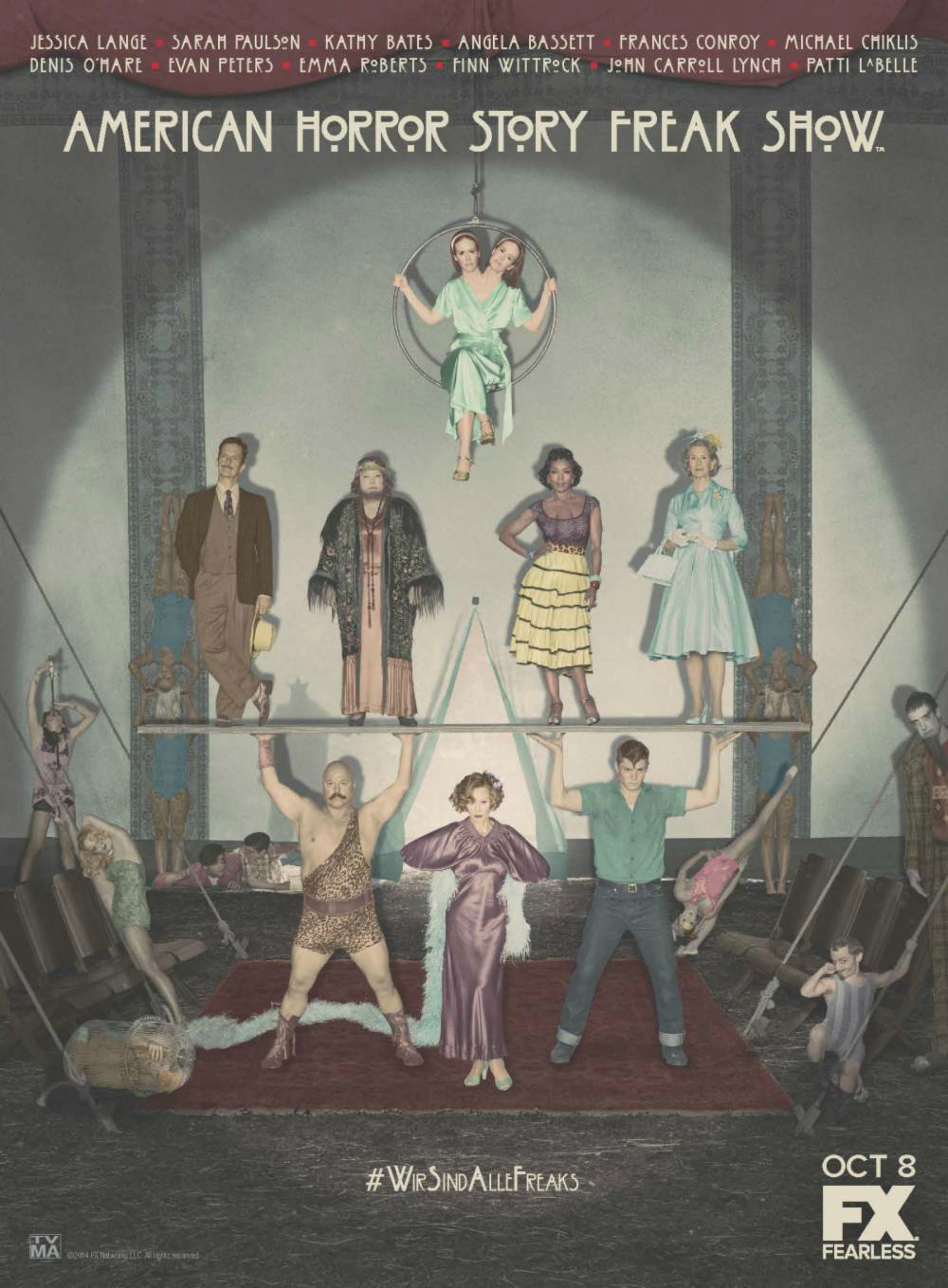