Miley Cyrus caught us off guard by showing up at the 2014 MTV VMA Awards looking — and even sounding — demure. No showboating, no theatrics. Then she won Video of the Year for “Wrecking Ball,” and Cyrus surprised us in, well, an entirely new way.

As Jimmy Fallon announced Cyrus’ name for Video of the Year, the seemingly subdued star traded a few words offstage with a young man who, until a few moments later, was completely unknown to the crowd.

Miley Cyrus vows that her twerking days are behind her >>

In an unexpected twist, Cyrus then sent the young man to the stage to accept the trophy on her behalf — and we learned the truth of his identity. His name is Jesse, and he was speaking on behalf of many more people than Cyrus alone. 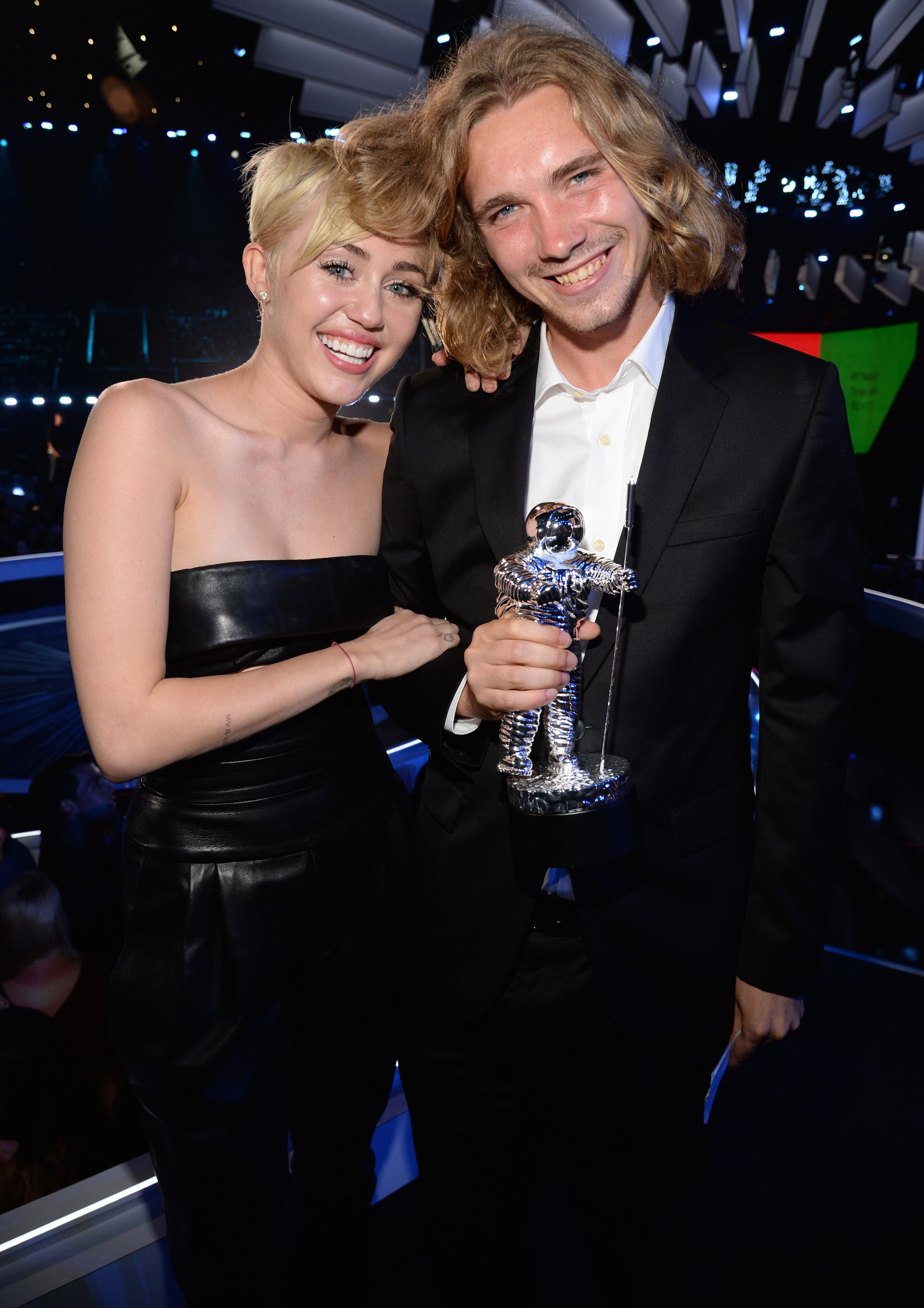 “I am accepting this award on behalf of the 1.6 million runaways and homeless youth in the United States who are starving, lost and scared for their lives right now,” he started.

As Cyrus struggled to keep her composure, Jesse explained that Los Angeles, the entertainment capitol, has the largest population of homeless youth in America.

“The music industry will make over $7 billion this year, and outside these doors are 54,000 human beings that have no place to call home,” he elaborated.

He wraps his speech with a call to action — asking people to head to Cyrus’ Facebook page to help make a difference — and this quote: “A dream you dream alone is only a dream, but a dream you dream together is a reality.”

Jesse exited the stage to a standing ovation as an emotional Miley stood and applauded, too.

On her Facebook page, Cyrus kept the momentum of Jesse’s social message going with a call to action of her own. Along with a video describing her campaign, Cyrus had this to say:

“Help me raise awareness and funds to end youth homelessness! This is just the beginning for me, but we’re going to get started now by focusing on My Friend’s Place, a homeless center for young people in Hollywood.

“You can support the cause by making a donation here: www.prizeo.com/miley! For every $5 donation, you’ll be entered to win a trip for 2 to Brazil to hang out with me at my show in Rio de Janeiro on Sept 28th. You’ll get the full VIP experience, including 2 of the best seats in the house.”

Which begs the question… how long before the actual show did Cyrus orchestrate Jesse’s speech?