Posing on the red carpet in her sexy Balmain dress, Kim Kardashian probably had no clue a creeper was infringing on her photo… albeit a rather cute creeper.

Yep, Kimmie was photobombed on the VMAs red carpet by none other than Usher.

As Kardashian smiles unsuspectingly for the photographers, Usher strikes a playful pose and hams it up only a few feet behind the brunette beauty. 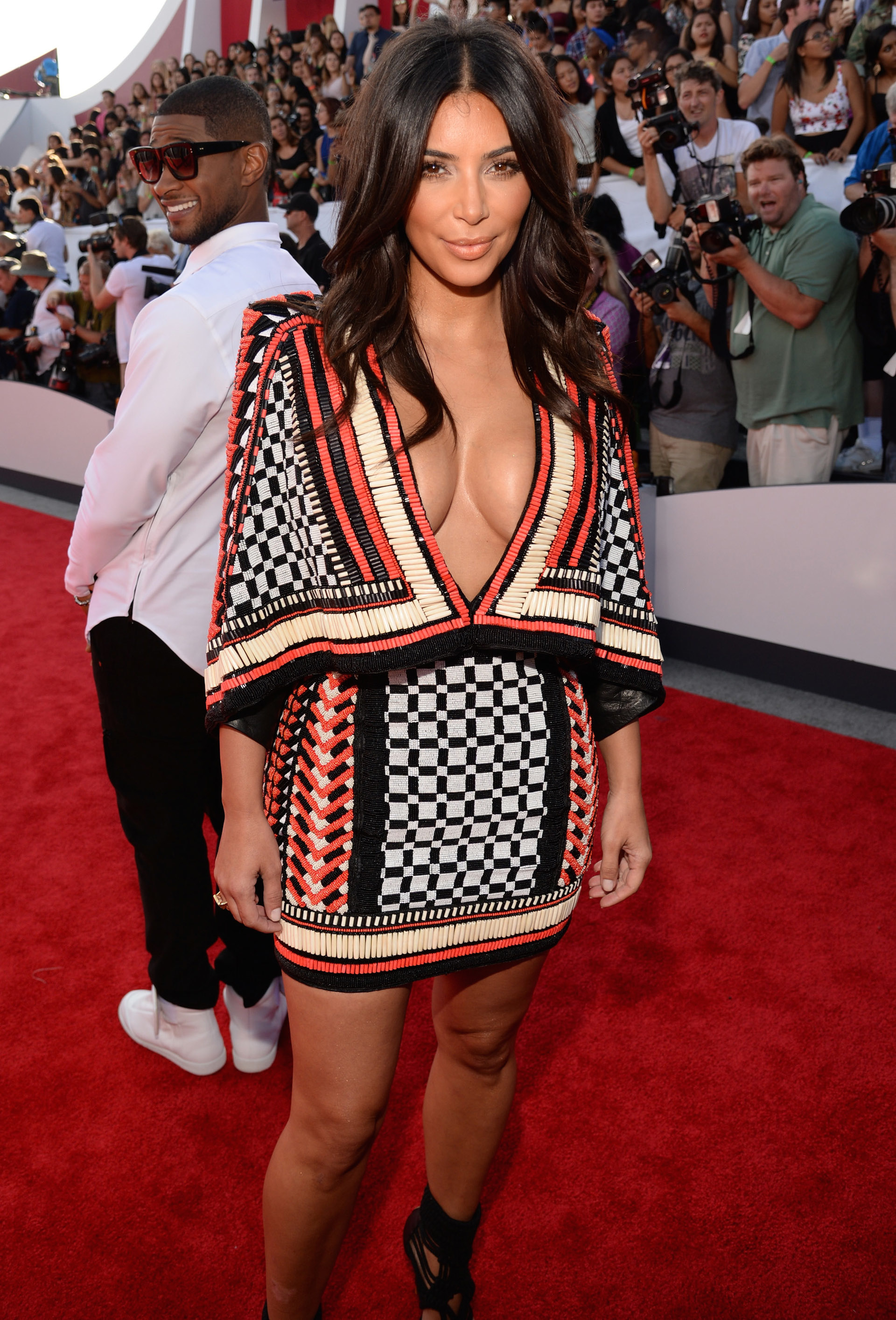 This isn’t Usher’s first go-round with red carpet photobombing, though. In January, as Jennifer Lawrence posed on the red carpet at the Golden Globes, Usher stopped behind her for a moment to give her an admiring up-and-down.

Miley Cyrus vows that her twerking days are behind her >>

Some say it wasn’t a photobomb at all — rather, Usher was simply admiring the, uh, scenery. But judging by this VMAs photobomb, we’re thinking this is a pattern. Usher may well be on his way to becoming a serial red carpet photobomber. And you know what? We don’t hate that.

No word yet on whether Kardashian was aware of her candid Usher cameo, but we’re pretty sure she’ll be a good sport about it. After all, Usher’s face certainly isn’t the worst thing to have in your photo.