In the new movie, #PopFan, comedic actress Chelsea Kane stretches herself emotionally as a pop star who discovers her life is in danger when she encounters one seriously deranged fan. We sat down with Kane to find out what it was like to dive into such a dramatic role. 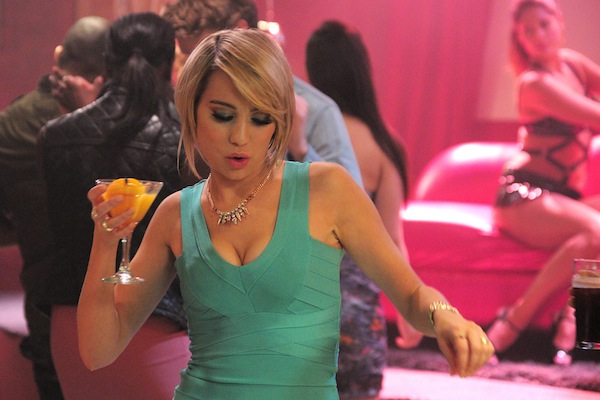 We asked Baby Daddy star, Chelsea Kane, what is was like to go from cracking jokes on the sitcom to playing Ava in #PopFan. In the Lifetime original movie, she plays a young pop singer abducted by a psychotic fan and has to fight for her life. In a word, Kane said it was “terrifying.”

Lifetime’s violence, murder, incest: Is this what women really want to watch? >>

“I’ve always kind of been the funny, comedy girl and I love that world. Stepping into a role where I was vulnerable and had to cry a lot of tears was really scary to me. I really had to dig deep for so much of it.”

Kane claims there was a moment on the plane ride to Vancouver where she seriously second-guessed herself. “I thought, ‘Oh, God, what am I getting myself into? Is this going to be embarrassing or a disaster or will I be able to get there [emotionally]?'” 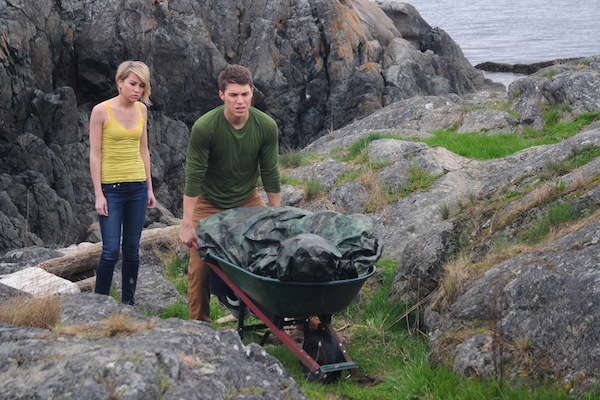 Though Kane has acted in some dramatic roles before, her character, Ava, gets stuck in a truly frightening situation. Luckily, director Vanessa Parise, helped her tap into some deep emotions. “I really needed Vanessa’s help on this and she was there every step of the way.

“She had me write letters and write down my deepest, darkest secrets and stuff I keep buried way beneath the surface that I know will bring certain emotions out in me. I told her she could use these letters at her discretion. It was a new experience, having the director come up to me on set and say, ‘Tell me about his person or this experience,’ and all of a sudden, the emotion was right there.”

We asked Parise, the director, to tell us more about this process. “Chelsea and I charted her character’s progression throughout the movie so that we could witness this character coming of age from an irresponsible young girl to an accountable, powerful woman. Then we worked together to find personal choices that would bring her emotionally to each scene. I think the best performances come when the audience doesn’t know what the actor is going to do next — it’s that real.”

Parise said she worked in a similar way with actor Nolan Funk, who plays Xavier. Parise said she “encouraged him to take risks in his performance, which you’ll notice when you watch [the movie].”

As for Chelsea Kane, we asked if her experiences working under the Disney umbrella made her feel pressure to be a role model. Kane said she was fortunate to have been a bit older than most child actors when she started with Disney.

“I always say that I was like the old guy at the bar, I started working for them around age 19 or 20, after I had finished a lot of growing pains. So, I do have a lot of sympathy for the kids who are really in the thick of figuring out who they are and they’re doing it all under a microscope. But I stayed out of the limelight a little more.”

She said there was no official conversation with Disney executives as far as what she could and couldn’t do. “There are some unwritten rules and things that were unsaid, like you need to respect the brand and know that you’re on a show for kids and to think about how you behave in public. I’m really lucky, I’ve never felt like a puppet. My career has really grown with me. It’s all been a nice, healthy progression. So if there’s any pressure, it’s only pressure I put on myself.”