Getting a little antsy in anticipation of the new Maroon 5 album, V? Fear not, Levine lovers! The CW and iHeartRadio are teaming up to bring listeners and viewers an exclusive first listen to the new album a whole week ahead of schedule. And, yes, they’re doing it live for the East Coast.

On Tuesday, Aug. 26, Maroon 5 is hitting the stage at the iHeartRadio Theater in Los Angeles, California, to unleash their brand of pop and party on concertgoers during their live album release party. Feeling a little left out because you can’t make the gig? That’s understandable.

However, we’ve got awesome news. Since the theater can only hold several thousand people but Maroon 5’s fans number in the millions, iHeartRadio and The CW have teamed up to bring the party around the globe. The entire iHeartRadio Album Release Party with Maroon 5 will be broadcast live on The CW starting at 8/7c and will be replayed at 8 p.m. PST for all the West Coasters who couldn’t be there in person. Can’t be near your TV? iHeartRadio will also broadcast the concert on some of their radio stations so you can listen to it on your way to wherever life takes you.

Maroon 5 takes over the radio with “Maps” >>

Adding to the thrill of new Maroon 5 music, iHeartRadio’s Elvis Duran will be on tap to deliver a special Q&A session with the boys from Maroon 5. He hasn’t officially asked for questions, but we think you should definitely bombard him with questions for your favorite dudes. You never know: Maybe Levine, Jesse Carmichael, Matt Flynn, Mickey Madden, PJ Morton or James Valentine will answer your question.

The first single from V, “Maps,” has already been making waves. The high-speed love song has continued to chart on Spotify, Billboard and iHeartRadio’s countdowns. As much as we enjoyed seeing Levine on The Voice, we’re excited for new music from one of our favorite bands and can’t wait for the Album Release Party special to give us a sneak peek at the new album, and what we can expect for any upcoming tours.

You’ll be there, right? 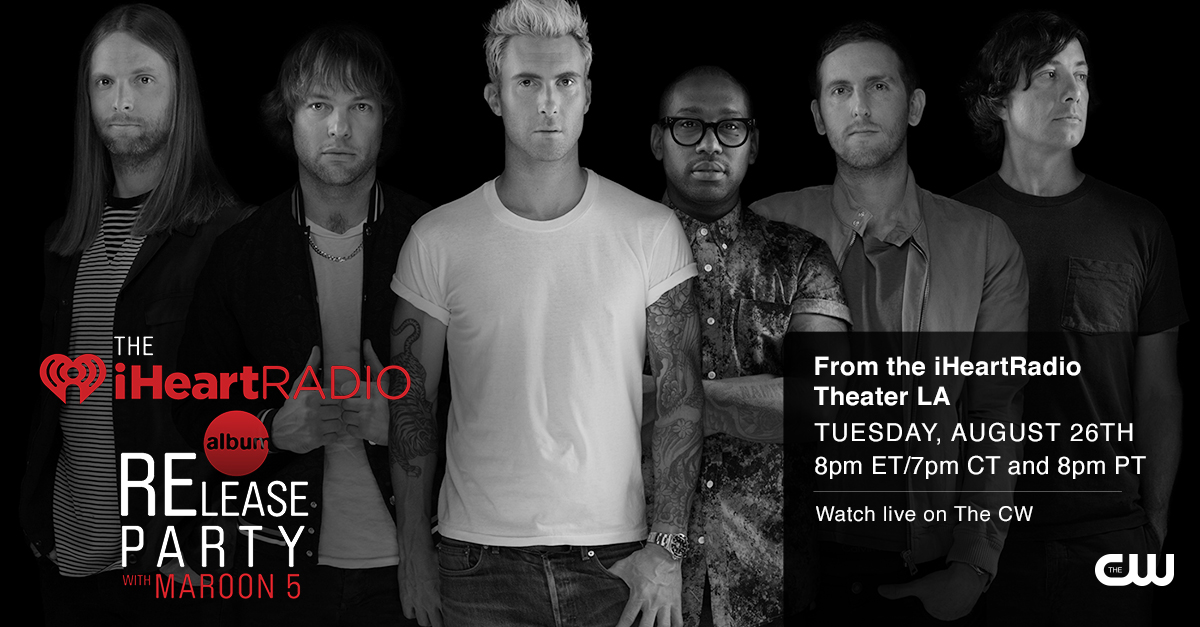 For more TV and music news, sign up for our newsletter >>