We still like you, Pierce, but after seeing The November Man, we think we like the hot Aussie actor Luke Bracey a smidge more. Here’s why. 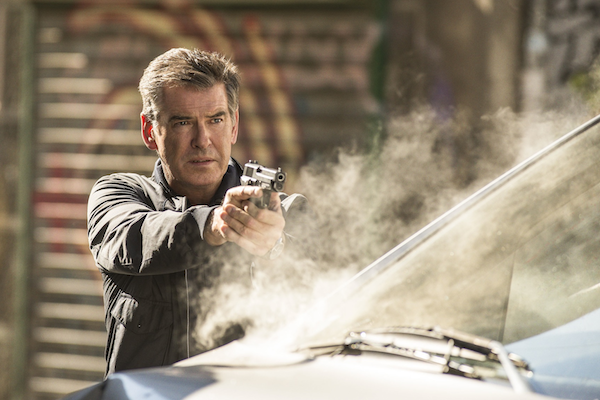 The November Man is a classic spy thriller with a Cold War vibe that is based on the books by author Bill Granger. The hero in the books is a man named Peter Devereaux (Pierce Brosnan), who Brosnan calls, “Complicated. He’s a man who was in the field for many years. He’s learned and intelligent, and yet he’s also a trained killer, a professional dyed in the wool agent, and he’s become very tortured and traumatized by that.”

Pierce Brosnan wishes he was more like James Bond >>

When Devereaux is called out of retirement for one last mission to expose Russian sex traffickers, he’s pitted against David Mason (Luke Bracey), a determined young CIA agent who had previously been Devereaux’s protégé until they had a falling out.

Both Devereaux and Mason are sharp-witted and deadly, but which one has the edge over the other? Hard to tell, since Devereaux’s heart isn’t in the job anymore, and Mason is a quick learner. While Devereaux is the more experienced of the two, Mason proves he’s just as clever, just as calculating. 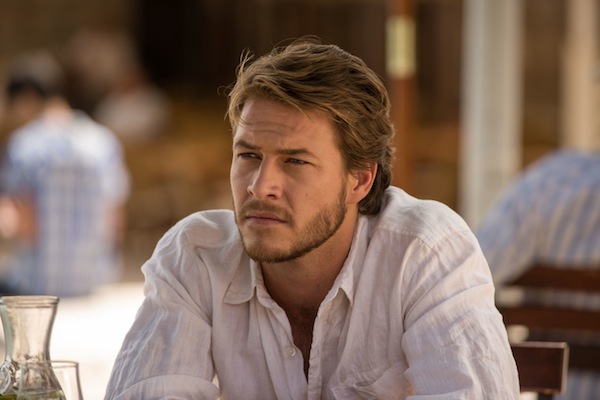 Bracey is originally from Sydney, Australia, where he cut his acting teeth on the soap opera Home and Away. More recently, Bracey appeared in G.I. Joe: Retaliation as Cobra Commander.

In The November Man, Bracey’s character, Mason, has mixed feelings when he gets the assignment to kill his former mentor. “Mason wants to better himself, he wants to show his worth. Devereaux was once almost like a father figure to him,” Bracey said.

Bracey shines when it comes to complicated fight scenes and slings a gun like a natural. With his good looks and subtle expressions, we could certainly see him play the lead in a Western some day.

About working with Brosnan, who played the ultimate spy, James Bond, in several movies, Bracey said, “It was an absolute thrill. I couldn’t believe it at the start when I first got the job, but I felt very fortunate.”

Bracey is currently filming a remake of the film Point Break, where he plays Johnny Utah — the role once made famous by Keanu Reeves. We’re really hoping we get to see a lot of Bracey riding the waves in his swim trunks!

The November Man opens in theaters on Aug. 27.