TMZ reports that Koppenhaver was picked up at a hotel outside Los Angeles by U.S. Marshals and Simi Valley Police. The fugitive was reportedly hanging out in a room at the hotel, and sources say he didn’t put up a fight when police arrived. 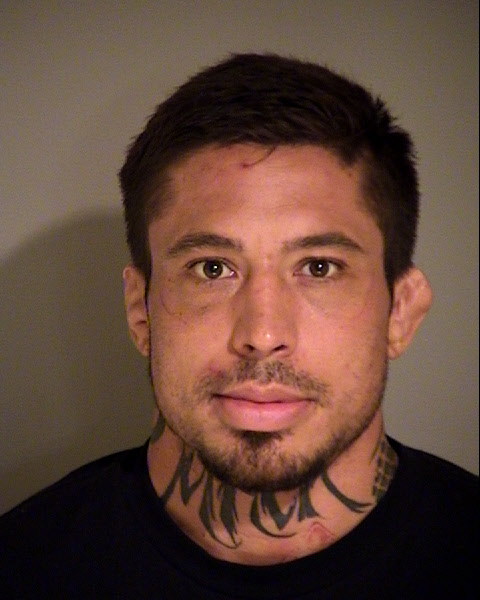 Reality TV star Dog the Bounty Hunter had also been on the lookout for Koppenhaver, and his wife, Beth Chapman, sent out a tweet confirming the capture.

A release from Simi Valley Police says the arrest happened early in the afternoon at the Extended Stay America Hotel in Simi Valley, where Koppenhaver used to live. All Koppenhaver had in the room was “a small quantity of cash and some pizza,” the release reads.

Advice from a celebrity therapist >>

Now that he’s been captured, Koppenhaver will be transported to Las Vegas to face seven charges, including battery, domestic violence and assault with a deadly weapon.

Mack is still recovering from the attack, which left her with severe injuries, including 18 broken bones in her face, a fractured rib, lesions from a knife and a punctured liver. She posted graphic photos of her injuries to social media Tuesday, along with a harrowing description of the attack, during which she said she thought she was going to die. Koppenhaver claimed in a series of tweets that he was fighting in self-defense.

Added below are the graphic photos and story about what happened pic.twitter.com/U1T1X2OP4d