If you’re anything like us, you immediately made plans to tune into the upcoming season of America’s Next Top Model when you found out the inimitable Miss J. would be returning for Cycle 21 of the fashion-centric show.

Prior to leaving the Tyra Banks-hosted-and-produced show in 2012, Miss J. Alexander certainly made a lasting impression. Between his expressive face (Google “Miss J. GIFs”), his design creations and those legs that just won’t quit, he was easily a fan favorite.

So when the diva phoned in from Paris, we couldn’t wait to ask what had prompted his return. For her part, Banks has gushed, “His name says it all. I’ve missed ‘Miss J.’ and am elated he’s back. I know Top Model fans will rejoice.”

But did Alexander harbor any bad blood over being let go in 2012? Nah. Not that we can tell. “They said, ‘Darling, Miss J. was missed! Darling, of course,'” he joked, laughing, “The thought of $3 million every episode… of course that’s why I went back!”

In all seriousness, though, Alexander brings both panache and pedigree to the table — and, more specifically in this case, the judge’s table. Having started his career gracing the runway for Jean Paul Gaultier, the leggy model traveled the world, walking catwalks and coaching runway stars from Paris to New York. 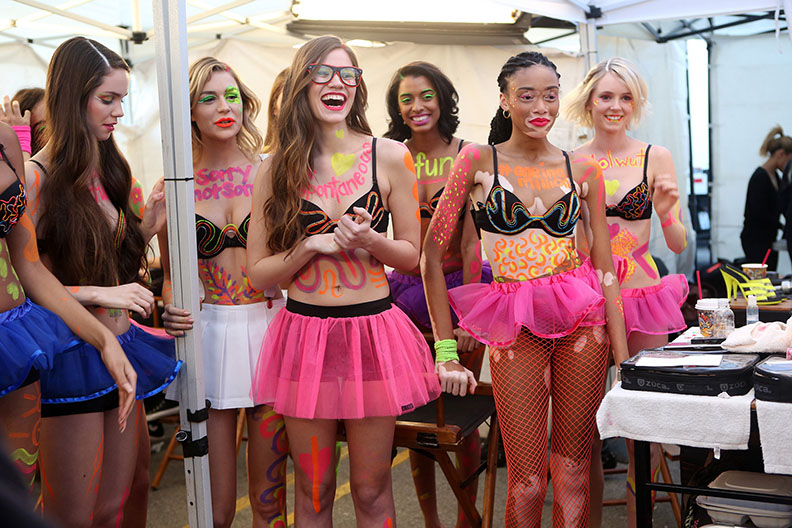 And he’ll be relying on that expertise to wade some of the trickier waters on this cycle of America’s Next Top Model: Guys and Girls.

“It’s interesting for me, because I’m back judging guys now for my first time on ANTM,” he revealed. “And it’s kind of hard when I want the boy to have on a little more makeup or do a little booty tooching or just be a little more out there.”

Alexander says more than once he had to convince the guys to shelve their masculine egos. “I mean, it’s time for that, when you’re walking like a bloated peacock — you know, with your chest all pumped up and walking like a robot,” he asserted.

Ah, judging drama. Who doesn’t love when the panel gets heated? According to Alexander, certain contestants this season have a special knack for pushing his buttons.

“One of the girls — beautiful girl, beau-tiful girl — I knew was gonna sabotage herself,” he shared, “because she just keeps turning out incredible pictures, but then is bored as homemade soap. It’s like looking at paint dry, but then she gives a great picture.”

“Girl, let me tell ya!” Alexander exclaimed, confirming the rumor that one contestant is a practicing witch. “I wasn’t gonna say anything bad about her, ’cause I thought I was gonna be burnt at the stake,” he laughed. “I was ‘skurred.’ I didn’t know what to say. I was like, ‘Don’t look her in the eye… you’ll turn to stone.”

Of course, not all the drama this season is supernatural. Plenty of the cat-fighting is your good-old garden variety model drama, assures Alexander.

“Baby, when you mix male models — good lookin’ men — with beautiful girls, there is drama. There’s jealousy and there’s envy and, baby, the pot is stirred. And when that pot gets stirred, the pot runneth over,” he told us. “And you’ll have to tune in, because there are some moments where I thought, ‘This did not just happen.’ And I wanted to tweet that s*** out.” 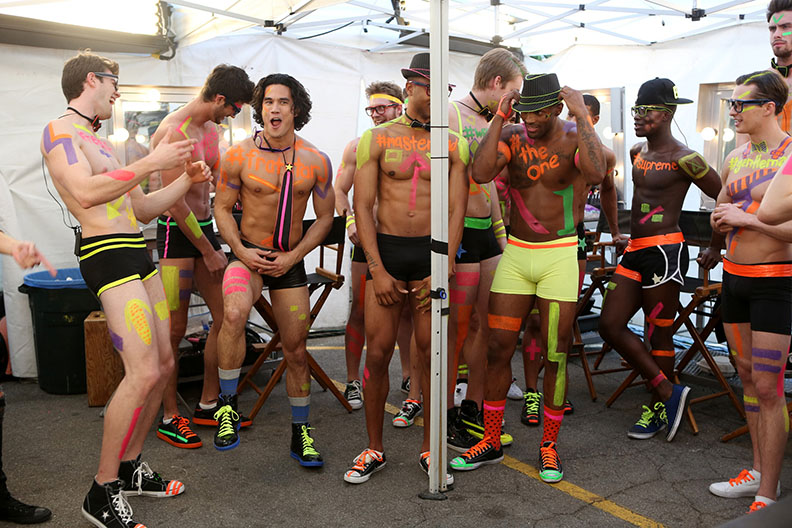 It makes sense, he says. After all, the people in the competition are complete strangers thrown into an incredibly intense experience. While their first inclination is to buddy up, they soon realize they’re going to have to make a choice at some point to help themselves or help their new friends.

That drama sometimes bubbles up at judging, catching Alexander off-guard. But, he promises, it doesn’t get in the contestants’ way of turning out some of the sexiest photos in ANTM history this season.

Which begs the question, what exactly does Alexander find sexy?

“I say great personality and character — that’s sexy. Confidence? Yeah, that’s a good one. I find confidence sexy,” he says, pausing for a minute before blurting out, “Child, please! A hot body goes a long way. But a busted-up pair of shoes, girl? That’s a deal-breaker.”