Have you missed Lord Grantham and his gang terribly? We feel your pain and we have the cure. PBS/Masterpiece has released the first series of photos from the upcoming Season 5. There’s even a brand-new family photo in front of Downton that includes the newest additions to the cast.

Need a little more of the Abbey? Throw a themed dinner party >>

In the brand-new “family photo,” you may notice some new, exciting faces. Most importantly, of course, are the children of Branson and Lady Mary. Showrunners have cast twins, Oliver and Zac Barker, to take on the role of Lady Mary’s son, Master George Crawley. Meanwhile, the oh-so-adorable Fifi Hart steps in to play the sweet-faced Sybbie, daughter of Branson and the late Lady Sybil. From the looks of these adorable toddlers, it seems as though we can expect another bit of a time jump.

There are plenty more pictures from the upcoming season. New portraits have been taken all of our favorite characters from both upstairs and down. We’re, of course, most excited about the picture of Mrs. Hughes and Carson. We’ve spent seasons watching the two heads of staff flutter around each other in the most dignified of fashions. At the end of Season 4, we even witnessed a chaste, but intimate, moment between them when they held hands on the beach. It’s not much, but we’re loving the way Carson has his hand on the back of Mrs. Hughes’ chair. We’re beyond giddy to see where it could all go.

Which Downton star has a new role on The CW? >>

Of course, while those lucky Brits will get to witness Downton Abbey Season 5 when it premieres less than a month from now, we’re still stuck waiting until after the first of the year. Maybe someday we’ll rate high enough to get that earlier premiere date… maybe. Until then, you’ll just have to live on these pictures alone. 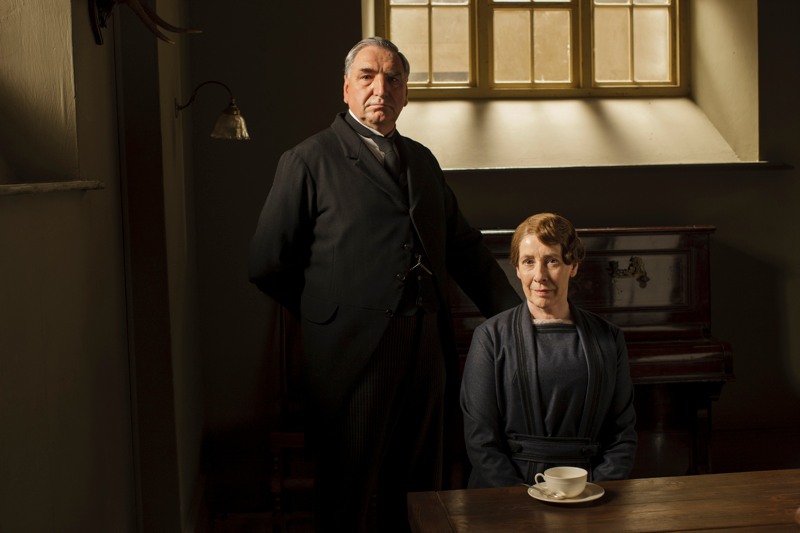 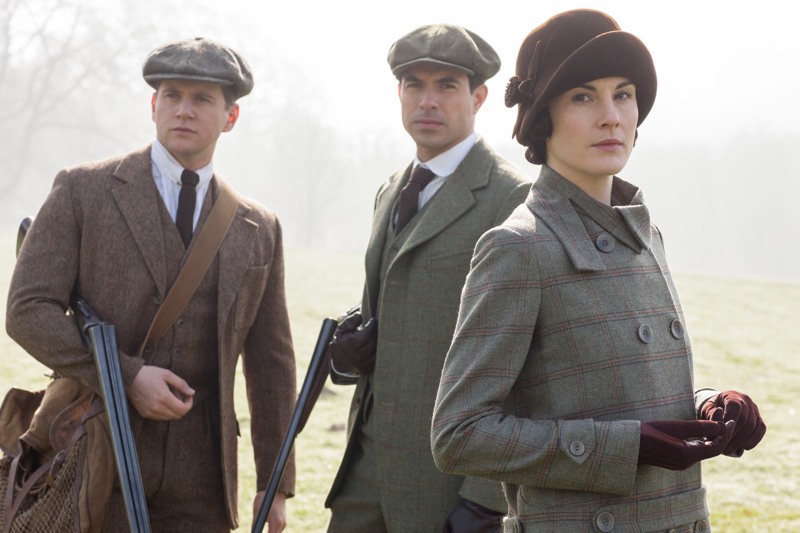 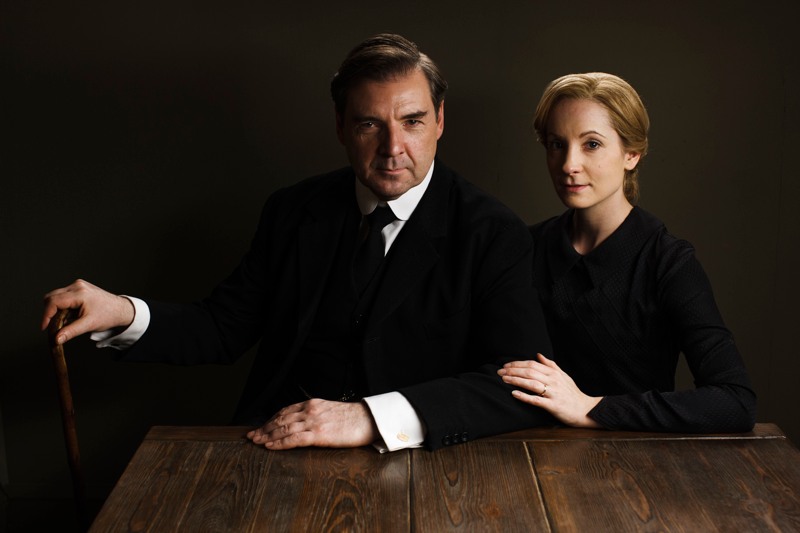 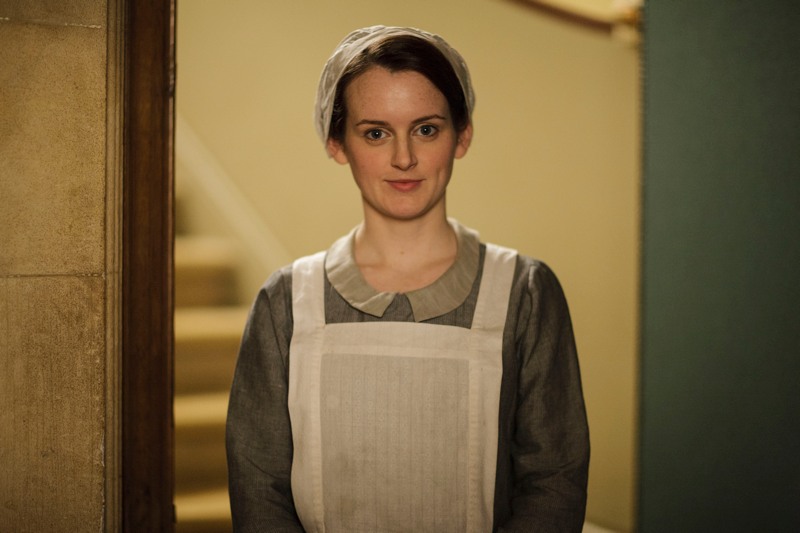 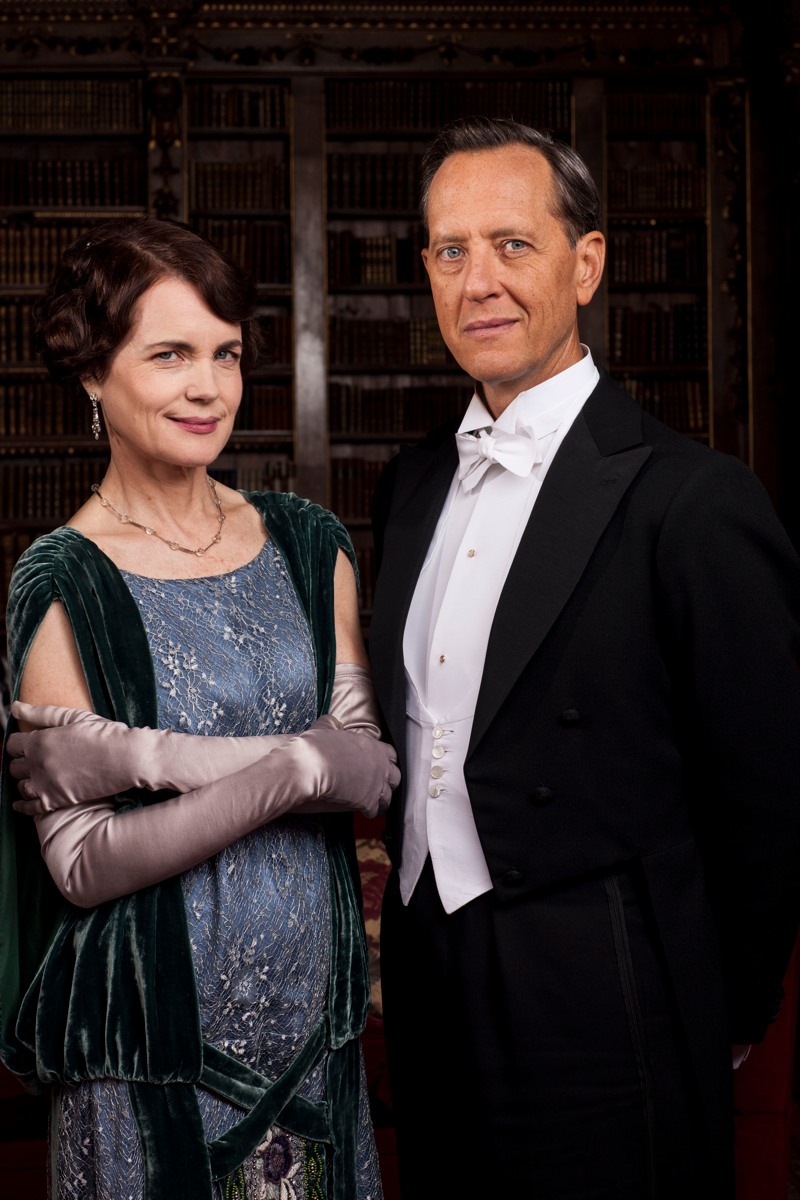