It’s rare that a movie version of a book is better than the actual book, but The Giver exceeds expectations. Read below to find out what’s been added to update this dystopian tale. 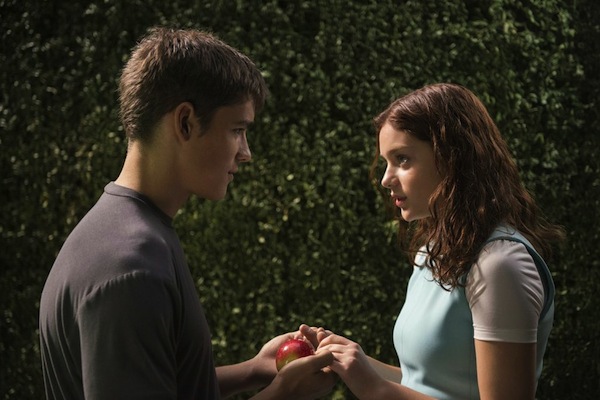 In the book, the protagonist Jonas (Brenton Thwaites) is just 12 years old. In the movie they smartly made him 16 to justify the sexual tension he has with Fiona (Odeya Rush). Though it’s not exactly a romance, their attraction to each other adds another compelling component to the story.

The Giver (Jeff Bridges) takes hold of Jonas’ wrists to pass the good and bad memories to him. This is much less awkward than in the book where Jonas had to remove his shirt so The Giver could place his hands on Jonas’ bare back.

3) Rosemary is a piano-playing hologram

The failed receiver of memory, Rosemary (Taylor Swift), isn’t just a distant memory. In the film, The Giver illuminates his memory of the young woman, who was also his daughter, in a flickering, hologram-type image. Can Taylor Swift act? We think she did pretty darn good. 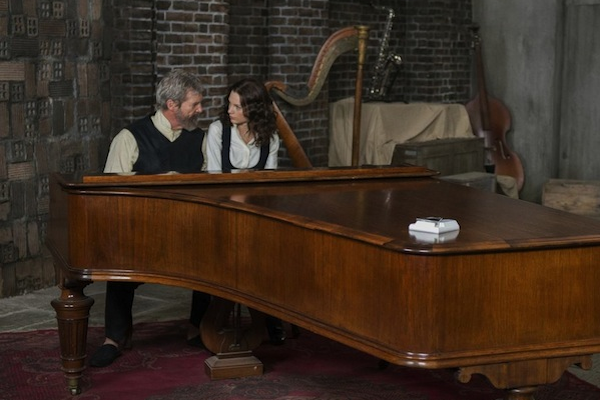 4) Wedding flashback with a kiss

As Jonas is given memories, there’s one in particular he hangs on to. It’s a wedding from the past, possibly from the Italian countryside several hundred years ago. In the flashback, Jonas has long curly hair and kisses a happy Odeya Rush, presumably his bride from a past life.

5) Jonas asks Fiona to escape with him

Jonas, who’s now stopped taking his required daily injections and is experiencing some serious “stirrings” over Fiona, asks her to come with him and Gabe to escape Gabe’s “release.”

Instead of making his getaway on a bicycle, the filmmakers decided it would be more exciting to have Jonas steal a motorcycle-type vehicle and race off on it. Jonas then gets “lost over the edge.”

8) Jonas’ mother arranges for Fiona to be what?

After Fiona helps Jonas and Gabe escape, Jonas’ mother (Katie Holmes) makes plans to punish Fiona by having her “released.” In an ironic twist, it’s Jonas’ father (Alexander Skarsgård) who’s going to do the deed.