When Roxane Gay was first called a “feminist,” she felt attacked. Society would have her believe feminists were all “angry, self-hating, man-hating” victims. Her first thought: How can I be considered a feminist if I willingly give blow jobs?

In her new essay collection, first-generation Haitian novelist and editor Roxane Gay explores what it means to be a feminist in modern-day American society and finds she falls short. It’s not her fault. The definition of “feminist” has been so skewed over the past few decades, no one can live up to the term. In fact, most women don’t even know what “feminist” means anymore.

5 Influential women standing up for gender equality in the U.S. >>

Gay has lived her life with a double whammy. Not only is she a woman, but she’s a black woman. In college, she overheard a classmate once call her “the affirmative-action student.” She fights two stereotypes, and she frankly, openly comments on both in her intelligent, sometimes comical essay collection. 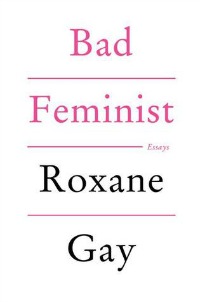 In one essay titled, “How to Be Friends with Another Woman,” she commands, “Abandon the cultural myth that all female friendships must be bitchy, toxic or competitive.” Too true. How often when we go out at night do we not dress to impress men but to impress other women?

Speaking of: “Don’t let your friends buy ugly outfits or accessories you don’t want to look at when you go out.” Again, true, and what a relief Gay doesn’t take herself too seriously, ever. She never comes off as angry or self-righteous. She is honest and warm.

She takes a close, scathing look at modern music and film. She questions women’s ill-advised adoration for abusive idiot Chris Brown. She openly admits to loving Robin Thicke’s song “Blurred Lines,” even though it perpetuates the idea that “no” really means “yes.” (Gay takes full responsibility for liking this song as an example of her “bad feminism.”)

Adichie’s We Should All Be Feminists is a call to action: Will you step up? >>

In fiction, she attacks Twilight and Fifty Shades of Grey due to the fact that both books at their core are about abusive, controlling relationships. She writes, “Fifty Shades is about a man finding peace and happiness because he finally finds a woman willing to tolerate his bulls*** for long enough.”

As a black woman, she found Django Unchained impossible to watch. She’s still waiting for the day when she can slap Quentin Tarantino in the face.

Bad Feminist is about more than feminism. This essay collection is a commentary about society as a whole. Gay is disgusted by the direction in which things are going. She worries about women’s reproductive freedoms (and rightfully so), and she is saddened by the words of so-called female role models who continually set women’s rights back a couple of decades.

Gay is spot-on when she writes, “Often, when I read the news, I have to make sure, in fact, I’m not reading The Onion.” Such is the absurdity of reality.

Yes, maybe Gay is a “bad feminist” compared to the militants out there. She likes rap music, men and the color pink. Through her essays, she owns who she is and beseeches the rest of us to not necessarily pursue a label but pursue our values.

She might be a “bad feminist,” but Gay is dedicated to issues important to the feminist movement, and I believe her essay collection will open a lot of eyes and inspire women of all ages to stand and speak up.

Can feminism save your marriage?
Young girl is told she’s too pretty to play volleyball
Why I’m teaching my daughter to be a feminist