If you’ve ever lost a loved one unexpectedly, then you know you’d do absolutely anything to bring them back. Of course, that’s unrealistic, but it doesn’t mean we don’t fantasize about having that loved one return. Life After Beth plays out that fantasy — for better or worse. 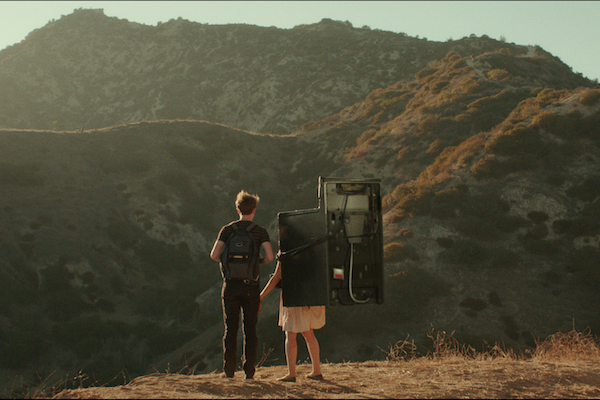 In Life After Beth, Beth (Aubrey Plaza) dies from a snakebite while out on a hike. Her parents (John C. Reilly and Molly Shannon) and her boyfriend, Zach (Dane DeHaan), are devastated and can barely make it through her funeral. But when Zach shows up at Beth’s home to visit with her parents, he thinks he sees Beth through the window. He’s puzzled; could she really be alive and kicking? It turns out that, somehow, she’s returned from the grave. We don’t know how or why, but she’s a legit zombie.

Good news? Seems so at first. But sweet little Beth starts exhibiting extreme mood swings that are only calmed by smooth jazz. And then there’s her rotting flesh and rancid breath. Beth is decomposing before their very eyes, but her parents and her lover put up with it because they can’t bear to let go of her.

It’s human nature to hold onto things. We don’t like change and this movie exploits that trait to the point of absurd comedy. How many of us would embrace a deceased loved one if they returned? Even as a zombie?

Beth returning to her loved ones as a zombie is an incredible metaphor for grief and loss. We sat down with writer/director of Life After Beth, Jeff Baena (I Heart Huckabees), who is actually Aubrey Plaza’s real-life boyfriend. We asked him if this film was personal to him.

“It was absolutely personal to me,” he said, and claims he took the death metaphor seriously, despite the film being a comedy. Instead of focusing on the physical gore, he wanted “to explore the emotional carnage that one would go through in a situation like this.”

Why Godzilla is the new zombie-vampire >>

We asked him why zombies, in general, have become so popular in film and on television.

“The reason why we like horror films in general is that they reenact our birth trauma as a catharsis. When you’re first born, it’s terrifying. There’s blood and viscera, screaming, agony and that we’re deeply imprinted by that experience considering that’s our first experience in life. By revisiting it in horror films, we’re able to sublimate it.

Who knew we were so darn frightening?