We can’t stop asking ourselves how it can be that we’ve lost such a bright soul. Robin Williams brought his compassion, suffering and razor’s-edge wit to each and every role he inhabited. Here are some of our favorite quotes.

Why Robin Williams was a significant part of my life >>

1. “No matter what anybody tells you, words and ideas can change the world.” —  John Keating, Dead Poets Society

We all remember that one teacher in school who actually inspired us. Robin Williams may not have been a school teacher in real life, but his role as John Keating will never leave our hearts.

2. “Real loss is only possible when you love something more than you love yourself.” — Sean Maguire, Good Will Hunting

Good Will Hunting made big stars out of Matt Damon and Ben Affleck, but Williams was really the glue that made that movie stick. Without him, Hollywood may not have taken the film seriously.

3. “I try to make sense of things. Which is why, I guess, I believe in destiny. There must be a reason that I am as I am. There must be.” — Andrew, Bicentennial Man

Even as an android, Williams could find deep emotion in his dialogue.

4. “I’ve seen things you’ve only seen in your nightmares. Things you can’t even imagine. Things you can’t even see. There are things that hunt you in the night. Then something screams. Then you hear them eating, and you hope to God you aren’t dessert. Afraid? You don’t know what afraid is.” — Alan Parrish, Jumanji

Fear is a powerful emotion and probably one Williams knew well given he battled addiction. We hope he is resting in peace.

5. Jack Lucas: Where would King Arthur be without Guinevere? Parry: “Happily married, probably.” — The Fisher King

Parry was another weighty role, played with incredible lightness by Williams. In fact, we can’t imagine anyone else in the part.

6. “Sometimes you got to specifically go out of your way to get into trouble. It’s called fun.” — Adrian Cronauer, Good Morning, Vietnam

We’ll never get the croon of his long, drawn-out morning greeting, “Goooooood moooorning, Vietnaaaaaaam” out of our heads.

7. “You see, Ork is a planet. You follow the Big Dipper til it comes to a dead end then you hang an up.” Mork, Mork and Mindy

Directions from an alien. What’s not to love? 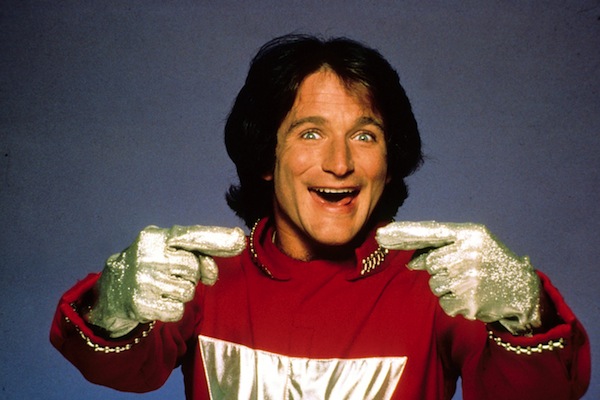 8. “If we were interested in making money, we wouldn’t have become teachers.” — Phil Brainard, Flubber

Williams was cast over and over as a character who acted on behalf of others, rather than himself. In real life, he must have been a selfless person in order to understand them.

9. “What some folks call impossible, is just stuff they haven’t seen before.” — Chris, What Dreams May Come

Williams was always the dreamer.

10. “You own that big expensive car out there? Oh, dear. Well, they say a man who has to buy a big car like that is trying to compensate for smaller genitals.” — Mrs. Doubtfire, Mrs. Doubtfire

Many of us can relate to dealing with our ex’s new spouse — somehow, they’re never good enough for the husband or wife we once loved. Here, Daniel as Mrs. Doubtfire insults Stu (Pierce Brosnan) where it hurts. The joke is a bit of a cliché now, but back in 1993, it was hilarious. Sadly, it doesn’t look like we’ll ever see Mrs. Doubtfire 2, which is currently in development.

Why Robin Williams was a significant part of my life >> 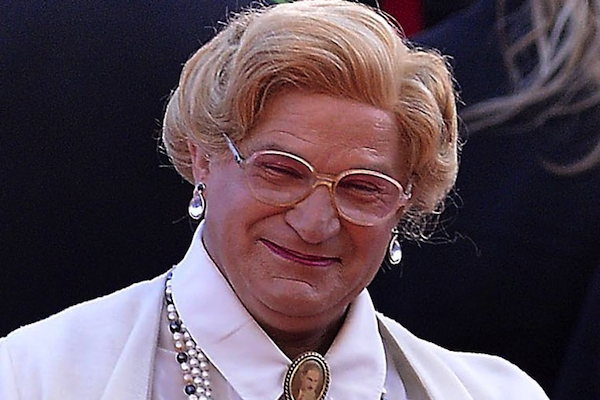 Here are some other Robin Williams quotes we like. Though not from movies, they are sidesplittingly funny and so ironic.

11. “If women ran the world, we wouldn’t have wars, just intense negotiations every 28 days.”

12. “If it’s the Psychic Network, why do they need a phone number?

13. “Ah, yes, divorce. From the Latin word meaning to rip out a man’s genitals through his wallet.”

14. “Why do they call it rush hour when nobody’s moving?”

16. “We’ve had cloning in the South for years. It’s called cousins.”

17. “Okra is the closest thing to nylon I’ve ever eaten.”

18. “You’re given one little spark of madness. You mustn’t lose it.”

19. “Cricket is basically baseball on Valium.”

20. “Reality is just a crutch for people who can’t cope with drugs.”

Robin Williams was 63 at the time of his death.