Kristen Stewart graces the September 2014 cover of Elle magazine and poses in a chic and edgy spread done among groceries at Fields Market in West Hills, California, for a photo shoot by Michael Thompson.

However, it’s not just the amazing photo shoot that caught our attention; we were also captivated by what the Snow White and the Huntsman actress had to say about her career and how she intends to keep it spontaneous.

“Never at any point have I sat down and plotted how I should proceed from here on. As soon as you start thinking about your career as a trajectory — like, as if you’re going to miss out on some wave or momentum — then you’re never doing anything for yourself anyway,” she told Elle. “Then you’re truly, actually, specifically working for the public. You’re turning yourself into a bag of chips.” 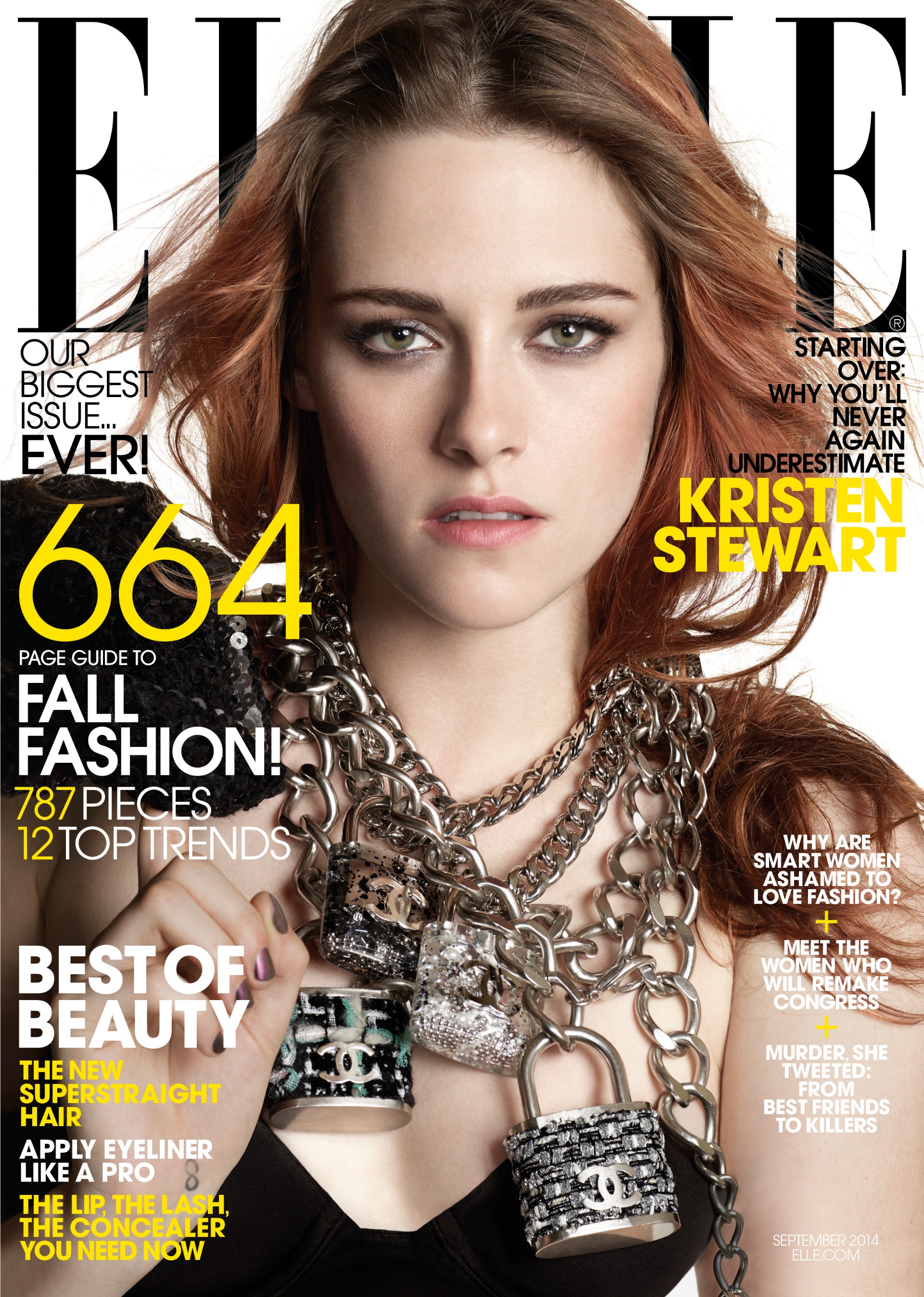 We seldom see the 24-year-old star flash a smile and she may have shed some light during her recent interview as to why that is.

“Now I feel like if I smiled for a paparazzi photo — not that I ever would — that’s exactly what people would be desecrating me for,” Stewart revealed of why she never plays up for the cameras. “They’d be like, ‘Now you’re going to give it up, now you’re a sellout.’ Like, okay. What do you want? What would you like?”

While grateful to the Twilight franchise for launching her career, there have been some downfalls to playing the character of Bella Swan, and Stewart still battles to shake off the role.

“The day the movie came out there was a picture of me… I was sitting on the front porch, smoking a pipe with my ex-boyfriend and dog,” she recalled of the moment she realized how big the role was going to be. “And I was like, ‘Oh s***, well, I have to be aware of that.'”

Kristen Stewart’s Elle September issue will be available on newsstands on Aug. 19.