The filmmakers of Batman v Superman seem to really enjoy toying with fans. As the release date gets pushed further and further away, we’re really hoping they find a date and stick to it.

Warner Bros. announced today that it’s moving the release of Batman v Superman: Dawn of Justice to March 25, 2016, causing us to worry about our favorite superheroes.

Internet takeover! Oh, how we love the Sad Batman memes >>

The internet was buzzing when it was first announced that Ben Affleck would be the next Batman. Some superhero fans were ecstatic, others, however, were definitely not. Now that the studio has delayed the release of Batman v Superman for a third time, we can’t help but wonder if the filmmakers are getting cold feet about the project.

Part of our concern comes from the month Warner Bros. has chosen to premiere the film. March isn’t usually considered a good month to release a movie, as most great blockbusters open in the fall, ahead of awards season, or in the beginning of summer. At least, March isn’t as sketchy as January, the month that inevitably becomes a sucky movie dumping ground.

Super hunk Henry Cavill is set to return as Superman, but the new flick will also be adding some familiar comic book friends. Israeli actress Gal Gadot will be lending her special skills to bring Wonder Woman to life. We can’t wait to experience a Wonder Woman of the 21st century. We really hope her viewpoints are as current as ours and that she can battle fiercely alongside Batman and Superman.

In defense of Wonder Woman: Why Gal Gadot and the new suit are perfect >> 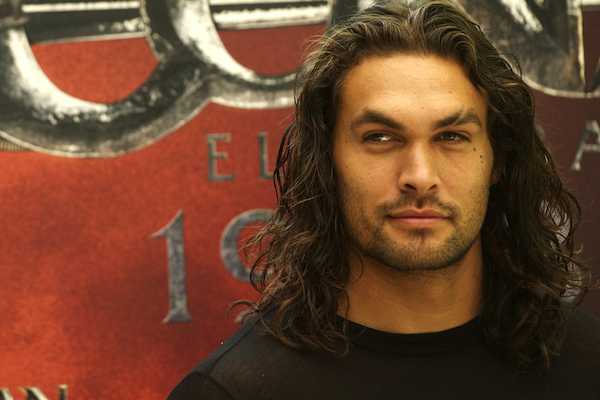 It’s also rumored that Aquaman will be making an appearance in the film, possibly played by the massively macho Jason Momoa (pictured above), whom you may remember as Khal Drogo from Game of Thrones.

From what we can tell, Batman v Superman has all the delicious ingredients to make a massively entertaining flick, so we’re going to remain optimistic… for now. And if the release date changes again, we’ll let you know.