Megan Fox got a bit sassy at the Teenage Mutant Ninja Turtles press conference in Los Angeles, California, and we loved it! Find out what she had to say about making a movie with the iconic characters from her childhood. 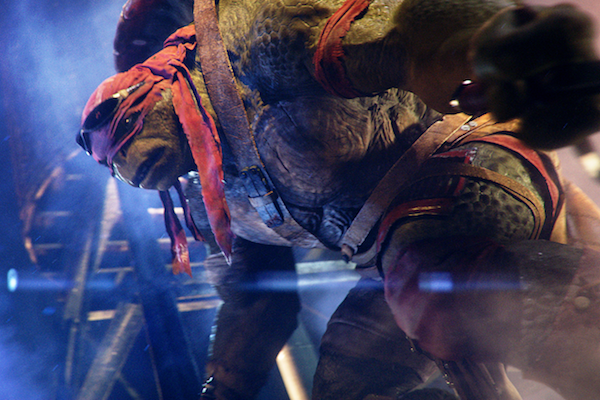 A new film version of the Teenage Mutant Ninja Turtles hits theaters this Friday, and the film’s stars Megan Fox and Will Arnett couldn’t be more excited.

Fox, known for her action roles, said she didn’t really go full ninja for this movie, but she had a good reason to hold back.

“I was pregnant, so I couldn’t do all of the stunts while I was filming. What I couldn’t do, I had an amazing stunt girl that would do the serious stuff for me. But I did what I could because I’m a bada**,” said Fox with a devilish grin.

In the movie, Fox plays April O’Neil, a TV journalist who follows all the sensational antics created by the evil Shredder and his Foot Clan. The lovely actress said she discovered a lot about journalists by playing the role.

“I’m not trying to tell you that you guys are becoming obsolete,” Fox said to a room full of journalists, “but kind of everyone with an iPhone is a journalist in their own way, now. Especially because we live in a tabloid culture. When you watch CNN, and they’re giving you news based on Tweets that people are sending out, you realize that society is really changing, and the collective public really have a big voice now that they didn’t have previously. They’re really influencing the trajectory of how we are socially with one another.”

Megan Fox has a big crush on Ellen DeGeneres >>

Fox also said she “really campaigned” for the role of April because she was a Turtles fan as a kid. “I went in for a meeting on Valentine’s Day and I was there for five hours. Brian  [Austin Green] was texting me, ‘It’s Valentine’s Day,’ and then I got home and sent [the producers] emails that said, ‘It’s OK if you don’t cast me in this, but I want you to understand I’m going to be in the audience, regardless.’ I was afraid at the same time, because you don’t want to ruin something you love, but I had to do it because it was iconic to me as a kid.” 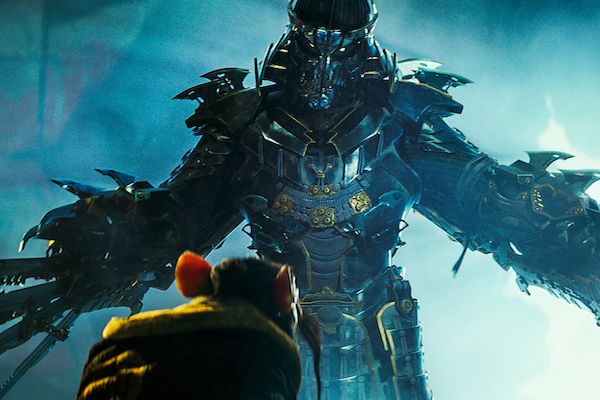 Despite the popularity of the TMNT lasting nearly three decades, there are plenty of people on the internet who’ve voiced a negative opinion of the new endeavor. But their lack of faith doesn’t bother Fox, who said, “Turtle-haters can f*** off.”

When asked about playing the usual hot bombshell stereotype in movies, the Transformers actress said she didn’t mind taking sexy roles. And she enjoys wearing clothes some would find risqué.

“If you can’t take me seriously as an actress because I’m also wearing a tank top, that’s your f***ing problem, not mine.”