Christina Aguilera is one proud mama and wants to show it to the world. The singer is baring her body for V Magazine, baby bump and all.

Aguilera hasn’t exactly been shy about showing off her growing belly in public, and she decided to follow plenty of other celebs to show her whole body to the world. One of the photos has Aguilera in black and white, with her long blonde hair flowing around her and her baby bump featured prominently. Her left hand is in her hair, and her engagement ring is hard to miss. 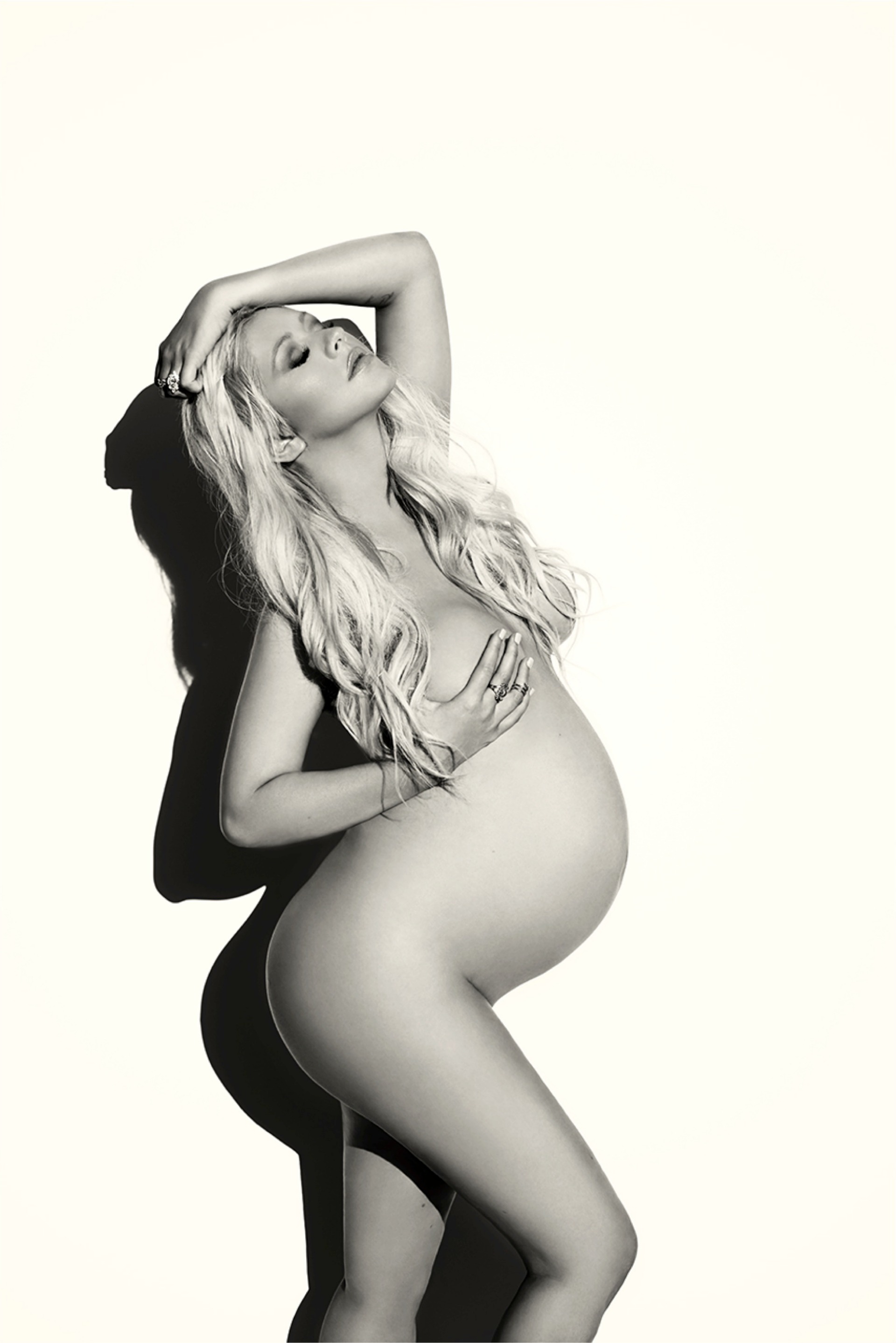 In the second photo, Aguilera shows off her baby bump underneath a sheer white dress.

“As a woman, I’m proud to embrace my body through all stages of life, staying fearless and confident in surrendering to the unknowns the future has in store,” Aguilera told V Magazine.

Aguilera is not only expecting a baby — she’s also planning a wedding to fiancé Matt Rutler. Aguilera and Rutler announced on Valentine’s Day 2014 that they were engaged to be married, and less than a week later, announced their pregnancy. The couple met in 2010 on the set of Aguilera’s movie Burlesque.

“We had a really strong friendship on the movie,” Aguilera told MTV of Rutler back in 2010. “He’s the kind of person you could spend hours on the phone talking to, and all of a sudden it’s daylight. There’s a love there.” 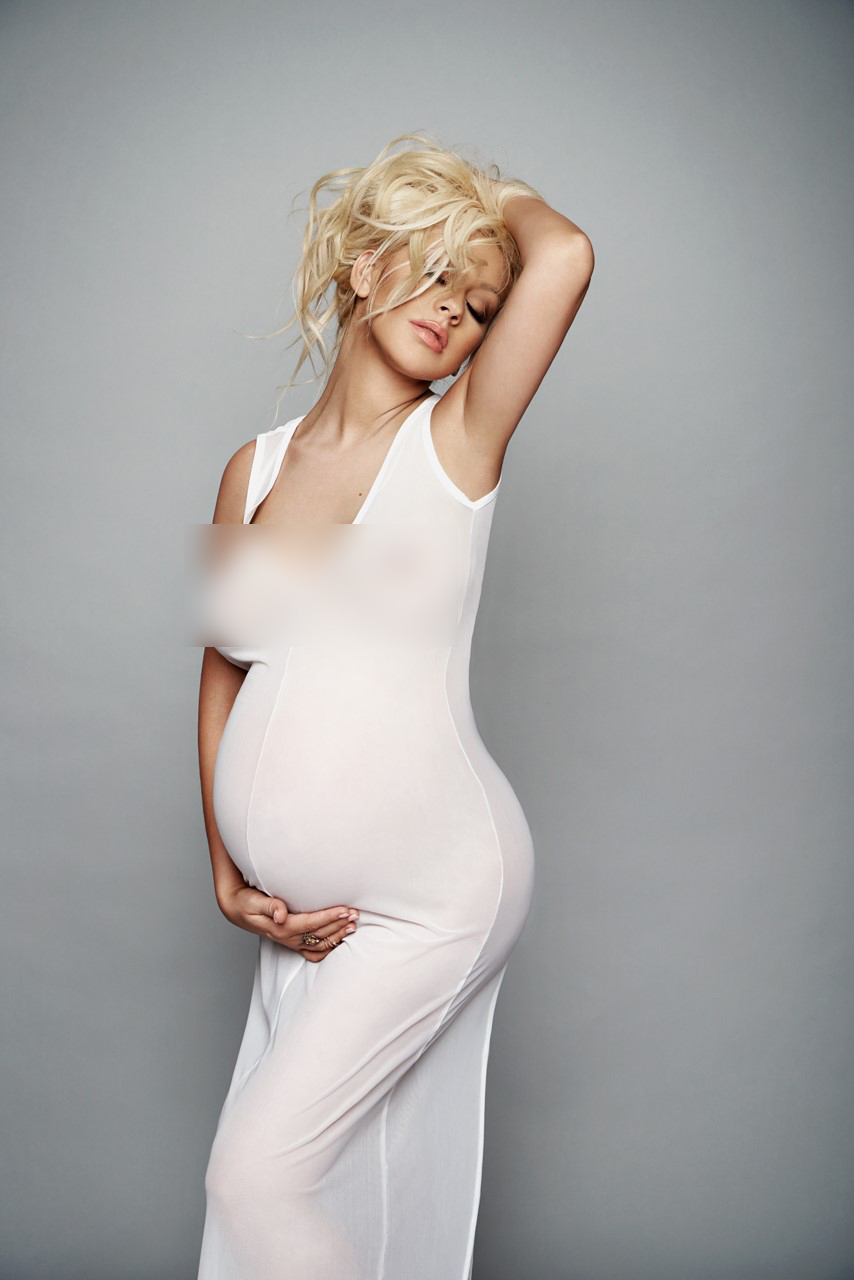 The couple are expecting a girl, and Rutler poses with his wife-to-be in the magazine as well.

Although Aguilera is following the current celeb trend of posing naked while pregnant, this isn’t the first time she has done it. Aguilera also posed nude back when she was pregnant with her son Max, who is now 6 years old.