One movie theater chain is taking some heat on Twitter after playing the wrong movie on opening day of Guardians of the Galaxy. 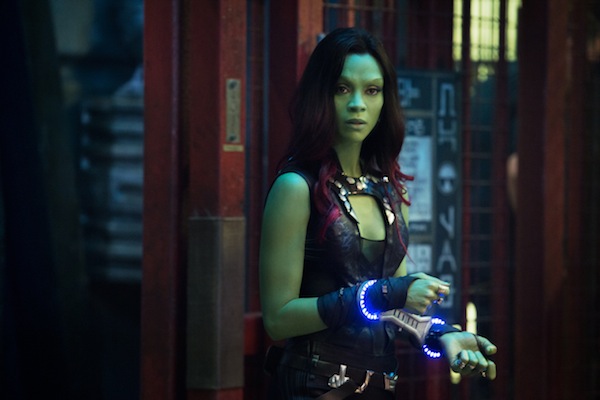 Last night, at the midnight show of the widely anticipated opening of Guardians of the Galaxy, fans planted their bums firmly in their seats, positioned their popcorn, Red Vines and sodas and settled in for their 3-D adventure starring Chris Pratt.

Let’s be clear, this audience wasn’t comprised of just regular old Marvel fans. These were the hardcore superhero freaks who waited in line to see the two-hour movie at midnight, despite having to be at work the next morning. The anticipation in the room must have been electric.

We can only imagine the sheer horror and anger the audience collectively experienced when instead of this summer space-travel blockbuster, the 2012 kids’ flick Rise of the Guardians began to play. How could Regal Theaters get this so wrong?

OK. So both the titles have the word Guardians in them, but considering the movie theater presumably had the correct title online and on the marquis, we’re scratching our heads trying to figure out how this could have happened.

So how did the audience respond? They took to social media, of course. One audience member tweeted:

What’s so weird is that the mix-up happened more than once. It’s unclear if the correct film ever did show for the angry viewers, but hopefully Regal Cinemas calmed nerves by offering free movie tickets and unlimited snacks to those who were unintentionally baited and switched.

Guardians of the Galaxy stars Chris Pratt as Peter Quill, Zoe Saldana as the green-skinned Gamora and the voice of Bradley Cooper as Rocket the Raccoon. It’s hopefully playing today at a theater near you.