We are super-excited for Guardians of the Galaxy, which seems to combine the perfect amount of action, fun characters and humor, similar to the way we felt about the original Star Wars. Turns out, there are quite a few similarities between the two sci-fi flicks. 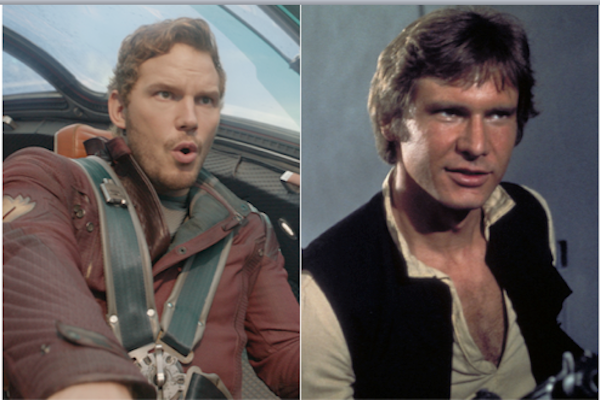 There’s no doubt that the newly trim and sexy Chris Pratt is channeling his inner Han Solo in his role as Peter Quill, or Star-Lord. Can you blame him? Harrison Ford was iconic in the original Star Wars trilogy and went on to become a household name. 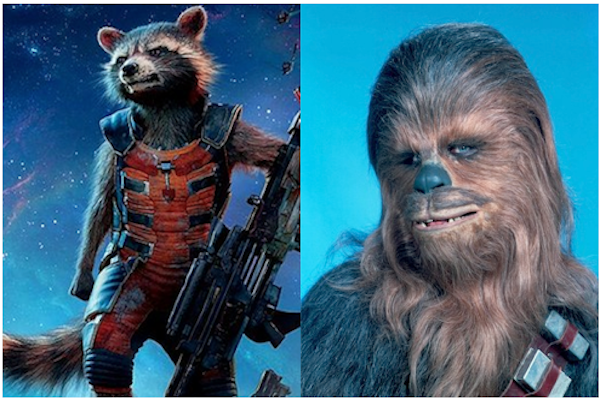 Rocket the Raccoon (voiced by Bradley Cooper), is adorable as the talking critter that wields a gun bigger than he is. Despite not really being able to speak English, Chewbacca could make vocalizations and the wily Wookie (Peter Mayhew), formed a close bond with Han Solo. Rocket is integral to Guardians and has a sharp sense of humor.

Guardians of the Galaxy‘s James Gun: Bonus clip during credits >> 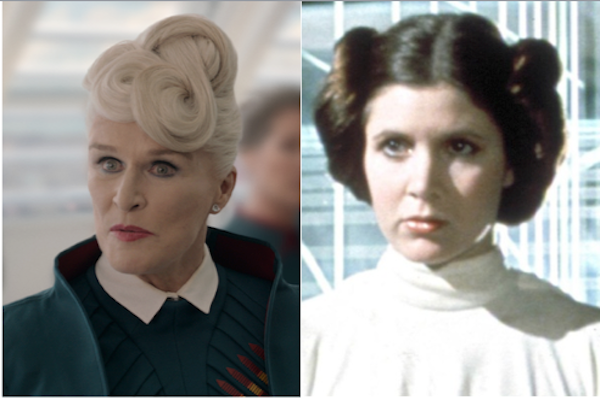 Many of us ladies can remember trying to sit still while our mothers attempted to recreate Princess Leia’s (Carrie Fisher) side buns when we were little girls. We wonder how many moms will be attempting Nova Prime’s (Glenn Close) wacky triple-loop coif next week. We’re guessing you’ll need a lot of hairspray for this one. 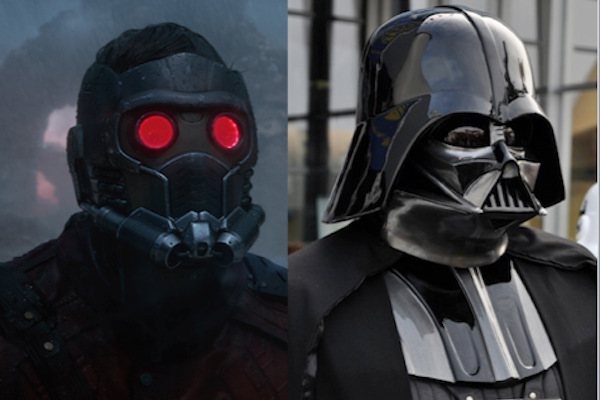 Gamora (Zoe Saldana) is a deadly, green-skinned assassin who has some pretty bada** fight scenes in the movie. Though very different from Star Wars‘ Yoda, we like the green look that invokes the archetype of aliens being little green men (and women). 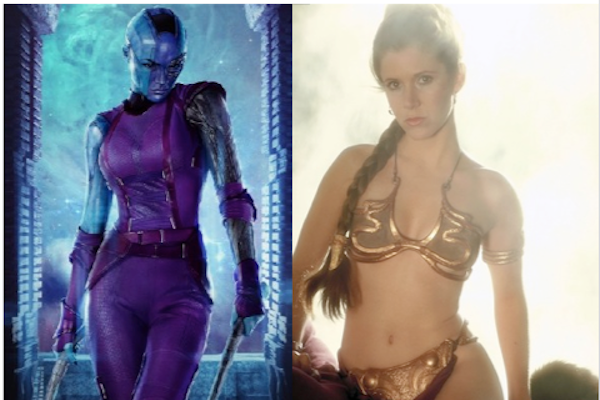 Actress Karen Gillan plays the blue-skinned Nebula, who’s also Gamora’s sister. Gillan admits to shaving her head for the movie, telling fans at Comic Con, “I was totally liberated by the experience. It’s a whole identity change and I felt it helped me inhabit the character.” Though she’s not showing as much skin as Princess Leia, we still think Nebula is super-hot.

Guardians of the Galaxy opens today.