One of the biggest nights in the entertainment industry not only draws some of the biggest celebrities in television, it also has the world’s largest sit-down dinner after the show. The Governors Ball for the Creative Arts Emmys and the Primetime Emmys bring out the finest in food, drink and decor so nominees, presenters and guests can dine in luxury.

SheKnows got a sneak peek at the fancy affair and the special night honoring television’s brightest stars.

This year’s theme is a “Kaleidoscope of Color,” which is a contemporary spin on the color bands that used to be seen on televisions after the networks went dark overnight. SheKnows talked with event producer Cheryl Cecchetto of Sequoia Productions about this year’s design.

A laser show won’t be the only form of entertainment guests will experience. Attendees will listen to the Top 40 sounds of The Red Hot Band while the Debbie Allen Dance Academy dancers perform to beats spun by DJ CoryLive. In addition, Season 4 contestant on The Voice and 20 Feet from Stardom star Judith Hill will be the special vocalist of the evening.

The singer explained that she will “probably be doing covers, but she will throw in an original song” that she’s working on for her debut album.

The event producers will be feeding 3,000 guests at the Creative Arts Governors Ball and nearly 4,000 guests for the Emmys Awards Governors Ball over a week later. Despite such large numbers, Chef Joachim Splichal of Patina Catering won’t be skimping on any meal.

The three-course menu features everything from a peach and heirloom tomato salad to a main course of filet mignon served with a golden potato puree, crisp lacinato kale and zephyr squash all topped with a sauce of red wine and artisan grapes.

The dessert is a modern spin on a classic. A chocolate s’more with whipped ganache, torched marshmallow and graham crumbles topped with Inaya chocolate pop rocks will be served to all of the guests. Partygoers will also enjoy flights of wine served by Beaulieu Vineyard with choices ranging from their Private Reserve Cabernet Sauvignon to their Maestro Collection Sauvignon Blanc. 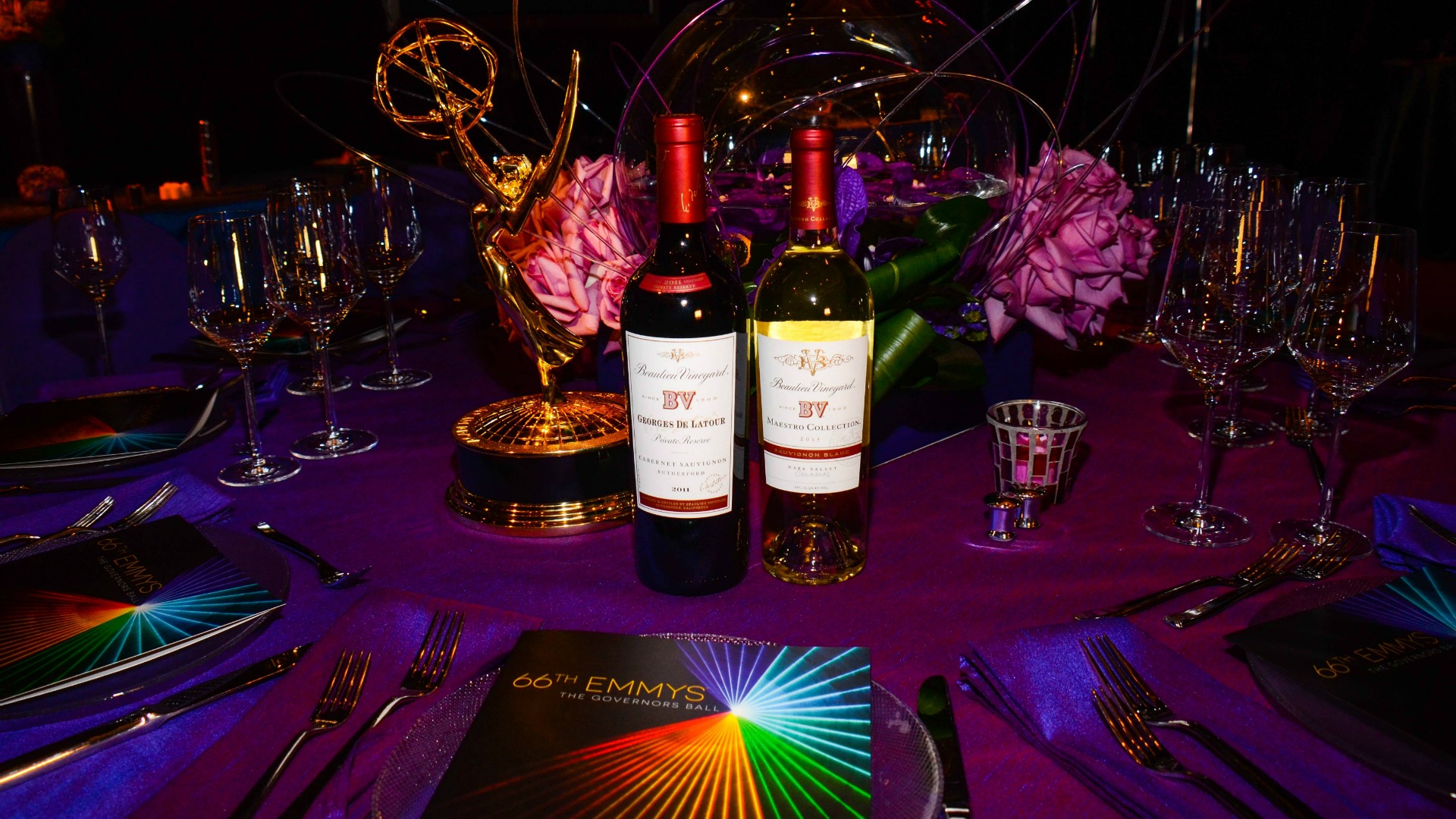 With the Primetime Emmys just weeks away, the event producers are working frantically to make sure everything is picture perfect for Hollywood celebrities. There will be 1,200 staff members on site to make sure the night goes smoothly. The kitchen will be going through 1,500 pounds of filet mignon, 400 pounds of kale and 5,490 bottles of wine — no expense is spared.

As Cecchetto summed up, “Our ultimate after party will be a sensory delight, offering sights, sounds, cuisine and hospitality that cannot be found anywhere else.”

The Creative Arts Emmys take place on Aug. 16, and the Primetime Emmys will happen on Aug. 25.