Ariana Grande has admitted she is “out of touch” with her father.

The singer is Seventeen‘s September cover girl, and she’s opening up about the insecurities and hardships in her life, particularly when it comes to her family. She counted her falling-out with her father as the toughest thing she’s ever had to deal with.

Sam & Cat canceled after one season: Conflicts to blame? >>

“It’s private, but it happened last year,” Grande explained. “It took me so long to be OK with it. The thing that got me there was embracing the fact that I am made up of half my dad, and a lot of my traits come from him. So much of me comes from my father, and for so long, I didn’t like that about myself. I had to accept that it’s OK not to get along with somebody and still love them.”

Grande conducted the interview before her grandfather passed away, and discussed his illness as something that keeps her focus rather than her insecurities. “I focus on what’s important. My grandpa is sick, so I focus on him every day. I’m having the biggest song of my career so far, and all I can think about is my grandpa, because that’s what’s important to me.”

The death has hit the star hard, and she added a quote to the interview after the fact regarding his passing. “Reading it back now is, of course, very hard, but I’m so grateful that I spoke briefly about some of the wisdom he shared with me in this interview. I hope the Seventeen readers find it helpful and can relate.”

Despite her dedication to her family, Grande did admit that putting herself out there and being exposed does come with its hardships. “It’s tough to spend some of the most important years of your life in front of so many strangers who want to pick you apart. Insecurity has been the hardest thing I’ve had to overcome. I think everyone my age struggles with that because everyone strives for approval and wants to feel loved.

“I feel like for the first time in my life, I’m really OK,” Grande shared. “I used to freak out about everything all the time. I used to be like, ‘Oh my God, somebody said this!’ Everything used to be such a big deal. But now, I feel I can handle everything that comes my way with a calm energy.” 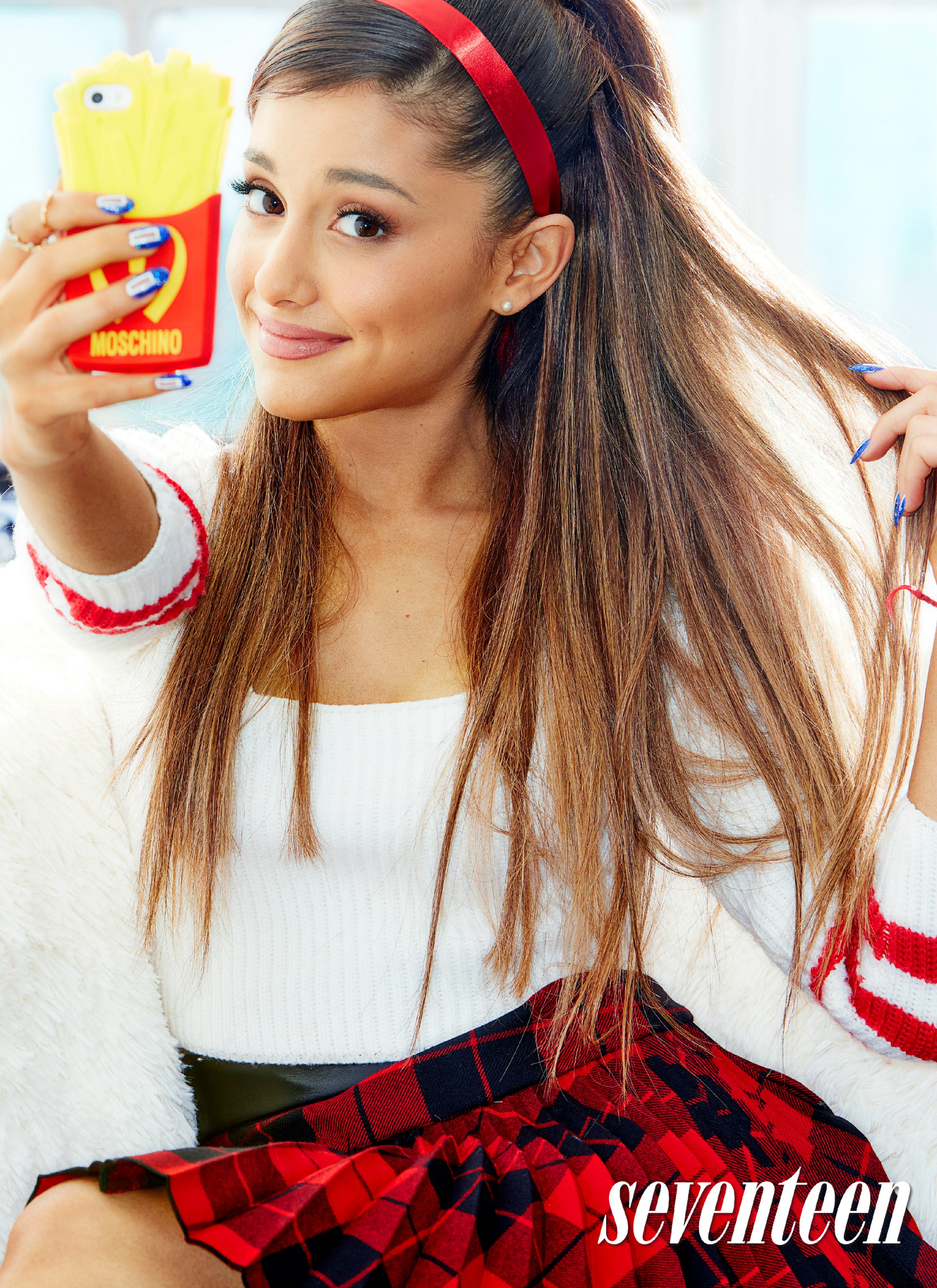