Benedict Cumberbatch may play super-cool sleuth Sherlock Holmes and, soon, genius code-breaker Alan Turing in The Imitation Game. Really, though, he’s just a hot dork, as evidenced by several photographs that made it out of Comic-Con this weekend.

1. He may be a dragon, but he hangs out with elf queens and dwarves, as seen at The Hobbit panel 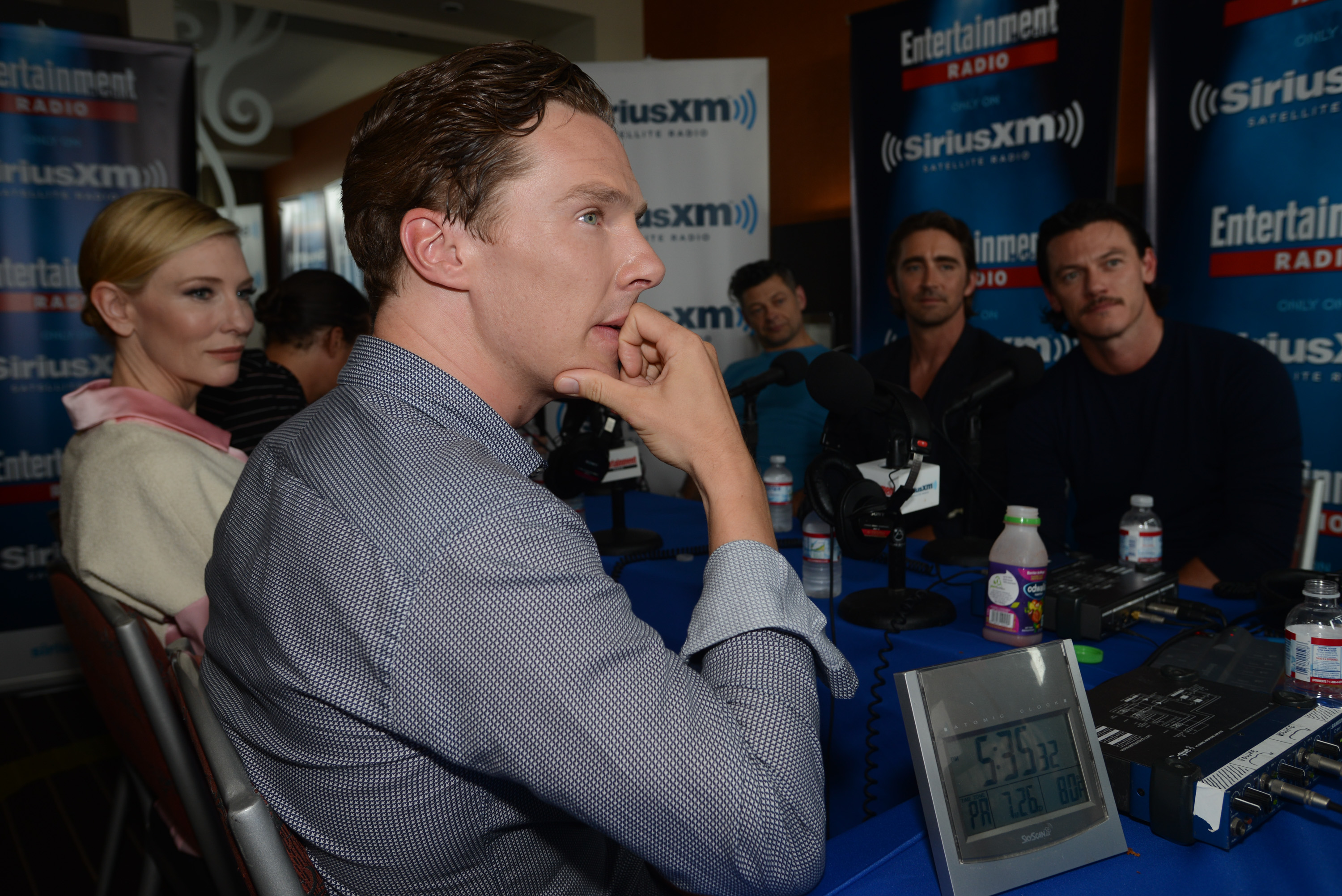 He discussed his own affection for the book during his Penguins of Madagascar panel, since it was the first book he remembers being read to him as a child. Sure, he’s dorky, but literate, too. And hey, I love how they caught Cate Blanchett in the background checking him out. I can read her mind: “A seven-year age difference isn’t that much, is it?” 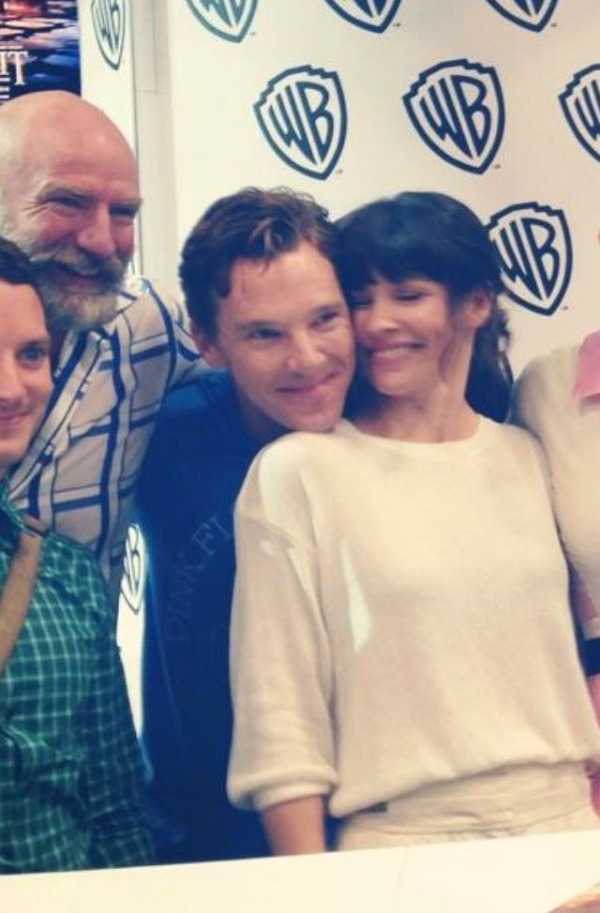 Benedict looked awfully cozy-cute with his Hobbit co-star, Evangeline Lily, who recently told SheKnows, “Benedict is just as fabulous as you think he is. What’s so laughable about the whole love affair the world is having with that handsome man: I love that he’s the epitome of intellect.” Yep, we’re all just very much in love with his mind. Riiiiight.

SK Confessional: I’m obsessed with Benedict Cumberbatch and here’s why >>

3. He takes goofy selfies with crowds and isn’t afraid to pull a funny face 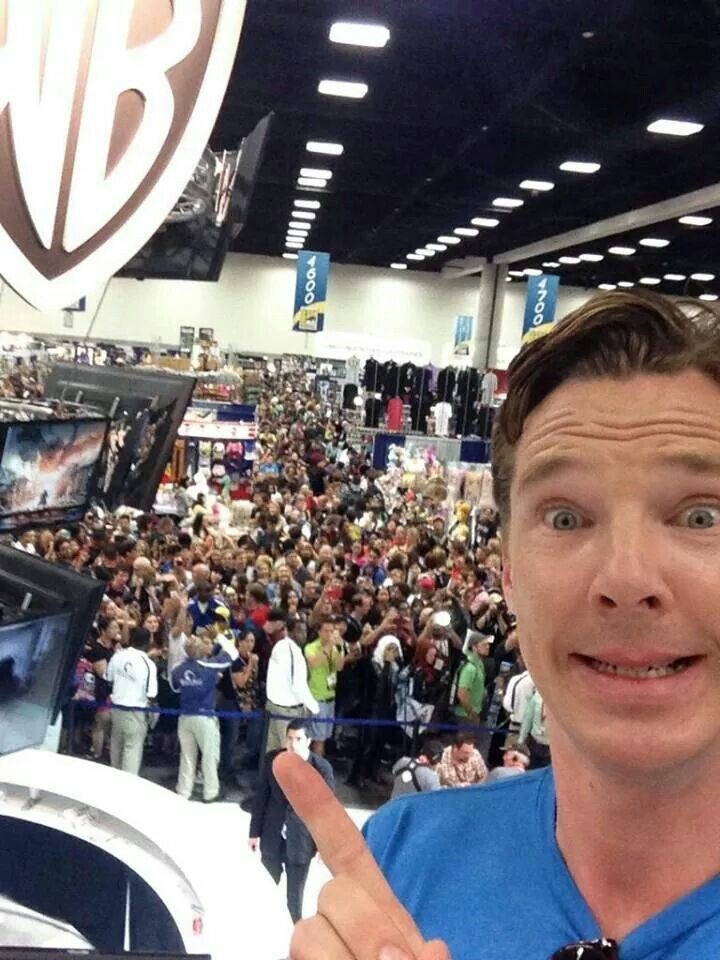 As part of his first panel, he admitted he didn’t believe Comic-Con attendees even existed. He thought they were just a laugh track, since the crowd is never shown during panel videos. Now, he knows there are thousands at Comic-Con… and hundreds were there to see him.

TRAILER: Benedict Cumberbatch is an enigma in The Imitation Game >> 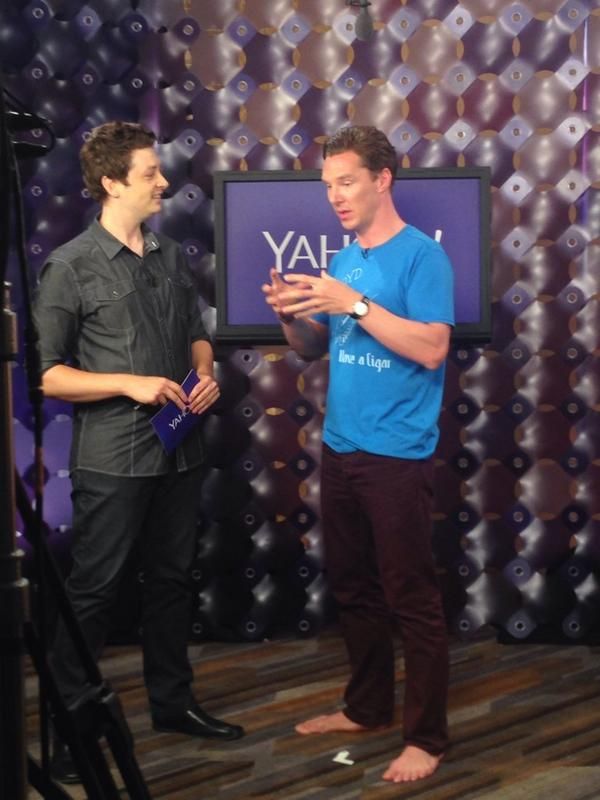 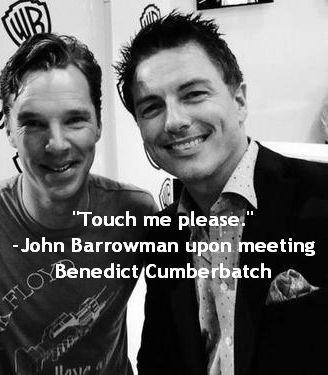 The man has talked about Cumberbatch for ages, once claiming he looked about “seventy-two-feet-four-inches tall” in Star Trek as Kahn. When Barrowman finally met the Brit at Comic-Con, he went into teenage-girl hysterics and said, “Touch me, please.” John, we understand.

6. Finally, Benedict was classy, charming and, yeah, silly during his Penguins of Madagascar panel 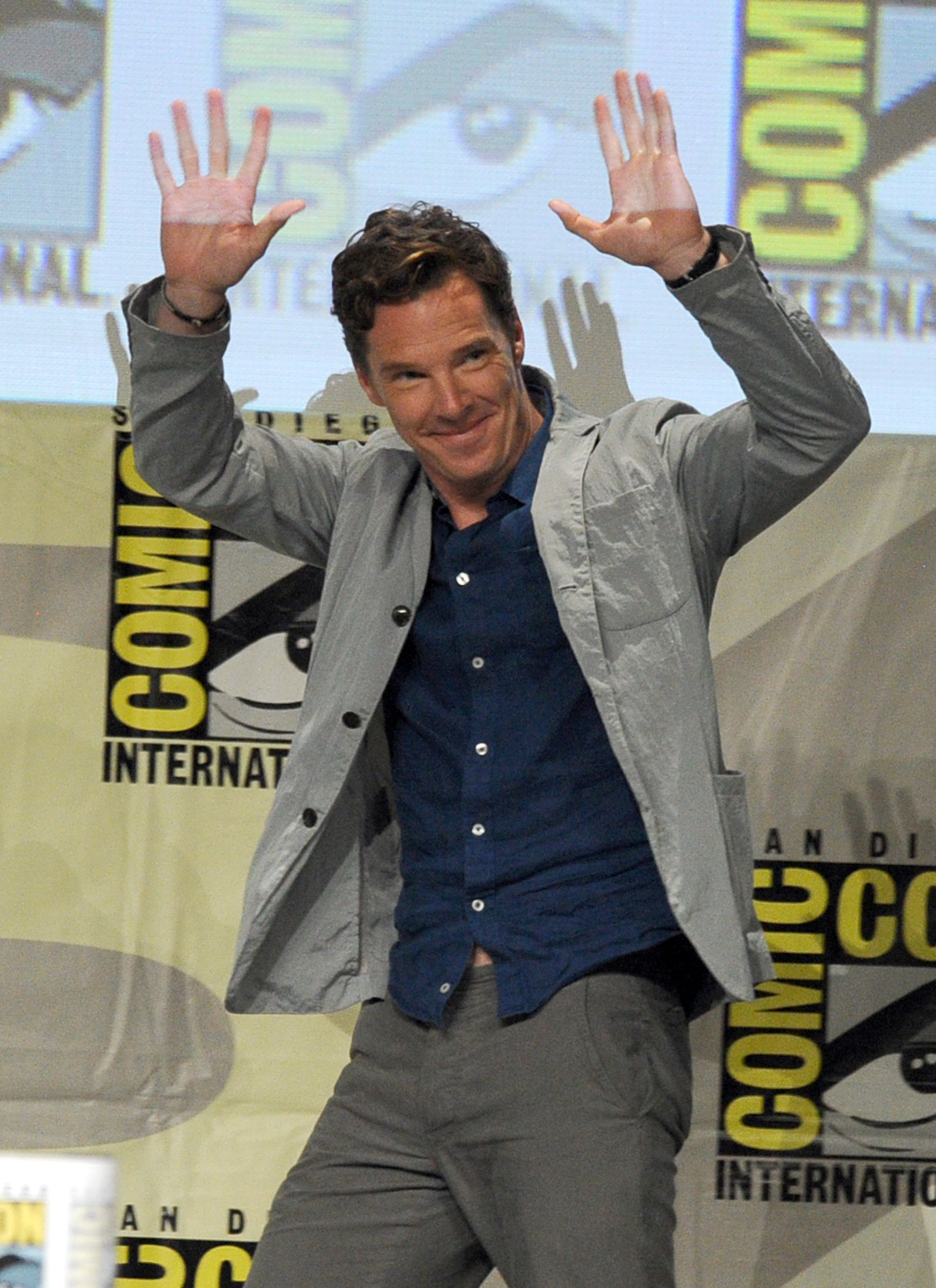 The whole crowd seemed to only have eyes for the blue-eyed Brit. It didn’t hurt that when he walked in, he showed a touch of flat tummy and, as usual, his shirt buttons looked set to pop. We’re all just waiting for the day when the buttons have had enough and go on strike. (Fingers crossed.)

Lesson to be learned: He may look great in a tuxedo. He may be the epitome of class and style at award shows, but let’s face it, Benedict Cumberbatch is a nerd god… and he’s not afraid to show it.