Justin Bieber’s troubled side has been making headlines recently, but the singer also does a lot of great things for charity — including for children. One of those things became very public on Sunday as Bieber arrived at the 2014 Young Hollywood Awards in Los Angeles with a new girl on his arm.

Bieber was awarded the Champion of Charity Award for his work with the Make-A-Wish Foundation.

“Someone asked me backstage and they said, ‘What’s it like to give?'” Bieber said in his acceptance speech, according to the Los Angeles Times. “And I didn’t really know what to say, but now I know it’s so much better than receiving.”

The singer not only received the award, but he invited one of Make-A-Wish’s recipients to the award show — Grace Kesablak.

“This is Grace’s award,” Bieber said from the stage. “Grace, can you come up here, please?” 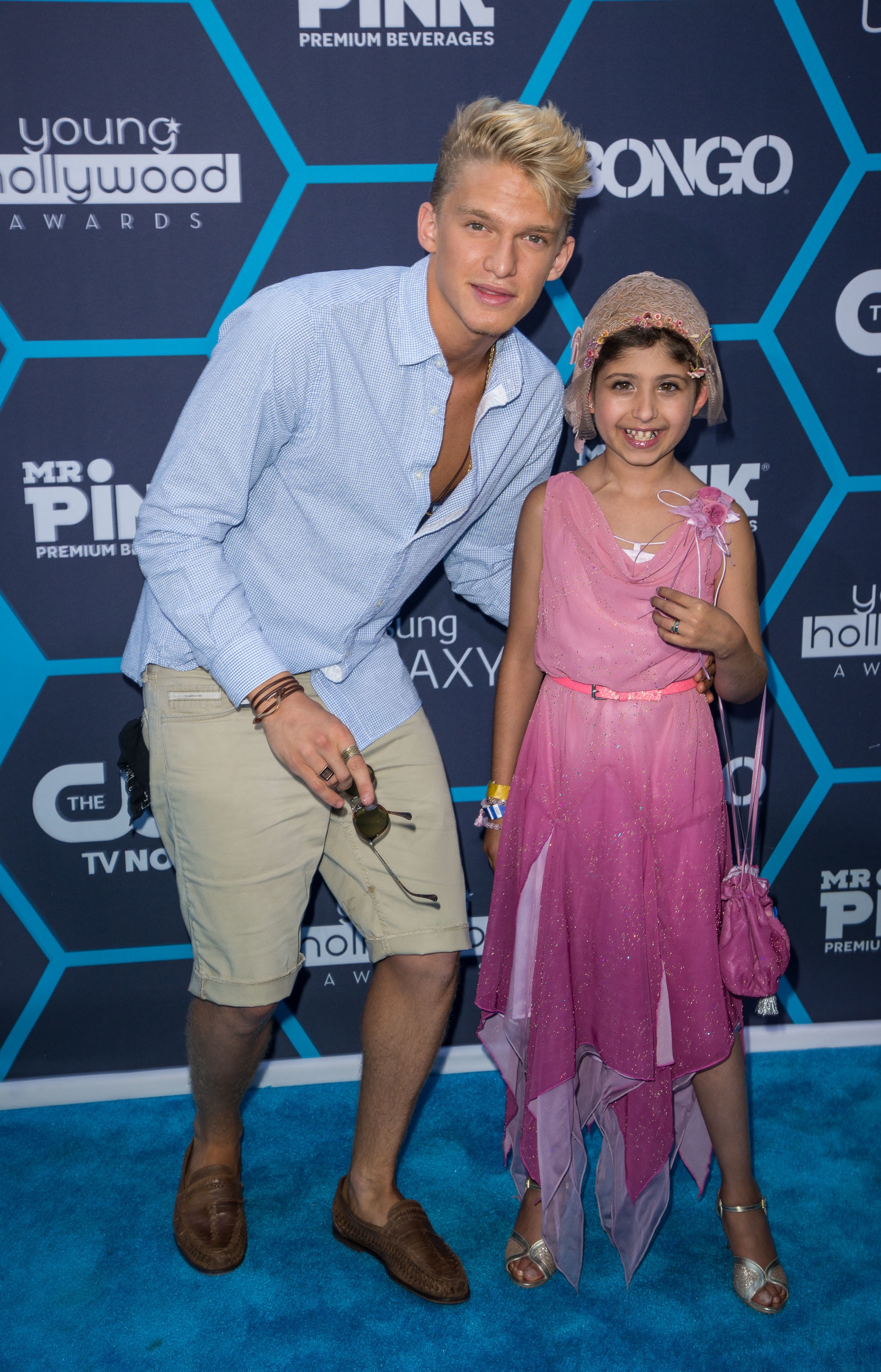 Grace walked up to the stage in a flowing pink dress and cap. The 10-year-old is battling cancer, and the award show was part of her wish for Make-A-Wish. Bieber was presented the award by his soon-to-be collaborator Cody Simpson, who also posed with Grace on the red carpet of the award show.

How to date Cody Simpson: Learn how to read a book >>

Bieber arrived shortly before receiving the award (along with manager Scooter Braun) and left the audience just after, but Grace apparently remained all night, mingling with her new Hollywood friends.

“I honestly don’t do it for any of the recognition,” Bieber told Extra during the awards. “I just do it because I love it, but I’m grateful to be here.”