We loved Nat as Isaac in The Fault in our Stars and are thrilled the versatile actor is back in the new farce Behaving Badly, where he’s chased by a bevy of women, including Heather Graham and Elisabeth Shue. We sat down with Wolff to hear about his crazy experiences. 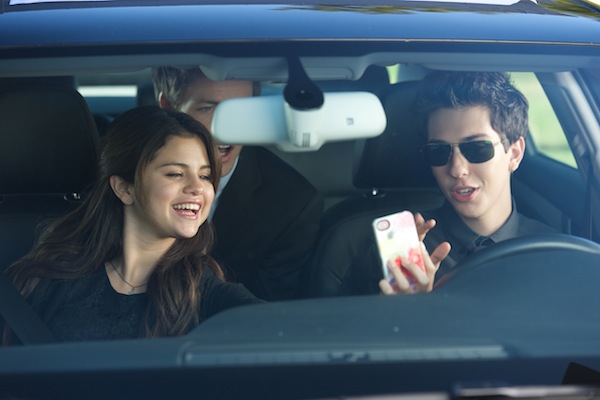 The tragic character Isaac from The Fault in our Stars is very different from Rick Stevens in Behaving Badly. We asked Wolff which character he related to most.

“Hopefully, Rick is much more immature than I am, but I could really relate to Rick’s dry sense of humor. With Isaac, he was almost like an opera singer, he felt things so intensely. He’s so happy, then so upset.”

The Fault in Our Stars book vs. movie: 7 Tweaks >>

In Behaving Badly, Wolff’s character is still in high school, but he has several older women making sexual advances toward him, similar to Dustin Hoffman’s character in the classic film The Graduate.

“The fact that these beautiful women like Elisabeth Shue and Heather Graham are throwing themselves at me, I’m going to be the most hated guy in America out of jealousy, which I think is hilarious.”

About working with Shue, who’s constantly trying to seduce him in the movie, Wolff said, “I got to know her really well, but obviously those scenes were a bit awkward to do, but she’s great.” 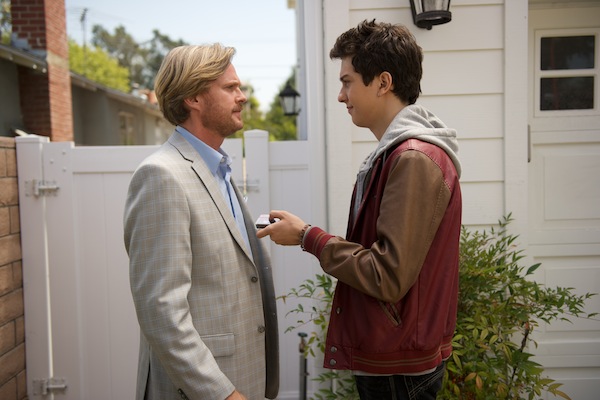 The outrageous Gary Busey makes a cameo in the film and is absolutely hilarious. Wolff confessed, “[Busey] is as crazy as it gets, but I really got along with him. He shot for just one day, but I’ll have a really great story of working with him to tell for the rest of my life. He was really sweet to me, but the first thing Gary Busey ever said to me was, ‘Have you ever been burned by a cigar before?'” Stay through the credits to see Busey’s funny outtakes.

In addition to working with those talented actors, Selena Gomez plays Nina, Rick’s love interest. Wolff was delighted to work with the Spring Breakers star.

“Selena and I had a ton of fun doing our scenes. She’s a really solid actress and good comedian. She deals with her fans and her fame really well. I’d never been around someone so famous before, and it’s hard. Everywhere she goes she has these crowds of people screaming at her, wanting to take her picture. A lot of those guys aren’t nice and she just deals with it really well. It would be easy for her to be a jerk but she’s not. I learned a lot watching her.”

Behaving Badly plays out as a bit of an homage to ’80s movies, clearly influenced by Risky Business and Ferris Bueller’s Day Off. Wolff said he was very aware of the influences and that people on set referred to this movie as “Ferris Bueller on crack.” If that doesn’t make you want to see Behaving Badly, nothing will.

11 hrs ago
by Tabby Kibugi