Rumor has it Marvel is looking at Benedict Cumberbatch or Tom Hardy for the iconic role of Dr. Strange. We don’t know who’ll nab the gig, but we can see how these Brits stack up in the hunkiness department.

London, England-native Benedict Cumberbatch was born into the entertainment industry — both his parents, Timothy Carlton and Wanda Ventham, are actors. While growing up, he attended Brambletye School and Harrow School, the latter of which he attended on an arts scholarship. In addition to dabbling in the arts (large oil canvases, to be exact), Cumberbatch caught the acting bug while at Harrow. He went on to study drama at Manchester University and, after, the London Academy of Music and Dramatic Art.

He got his big break in 2004, when he won raves for his role as Stephen Hawking in the television movie Hawking. The portrayal earned him a BAFTA nomination for Best Actor. He really became a household name, however, in 2010 when he began playing Sherlock Holmes in the Brit TV series Sherlock. In 2011, he starred in War Horse and Tinker Tailor Soldier Spy, both Oscar-nominated films, before acting in the 2013 blockbuster Star Trek Into Darkness.

1. After finishing high school, he taught English for a year in a Tibetan monastery.

2. He went through a terrifying ordeal in South Africa while filming To the Ends of the Earth when he experienced a carjacking.

3. His female fans originally called themselves “Cumberb******” but switched to “CumberCollective” because he found the original moniker offensive.

To ensure he had “a lot of presence” in the company of his Star Trek co-stars (or, as he describes them, “big American men”) Chris Pine and Zachary Quinto, Cumberbatch “really intensely shape-lifted” for two hours a day. Additionally, he enjoys swimming, running and Bikram yoga.

Cumberbatch often attends charity functions as well as creates custom artwork to auction off for various charities. He serves as an ambassador for The Prince’s Trust and the Motor Neurone Disease Association, and he set up a recovery fund to benefit the Amyotrophic Lateral Sclerosis Association. He stays involved in many youth-based and women’s rights charities.

He openly admits to adoring dogs, but it doesn’t appear he has any pets at the moment.

In addition to attending Harrow, which is one of England’s most prestigious prep schools, Cumberbatch earned his master’s degree in classical acting at the U.K.’s oldest drama school. Not to mention, he picked up violin in only a week.

He had been single since 2012, when he and his longtime girlfriend Anna James called it off. However, according to PBS head Rebecca Eaton, Cumberbatch currently has a sexy secret girlfriend. 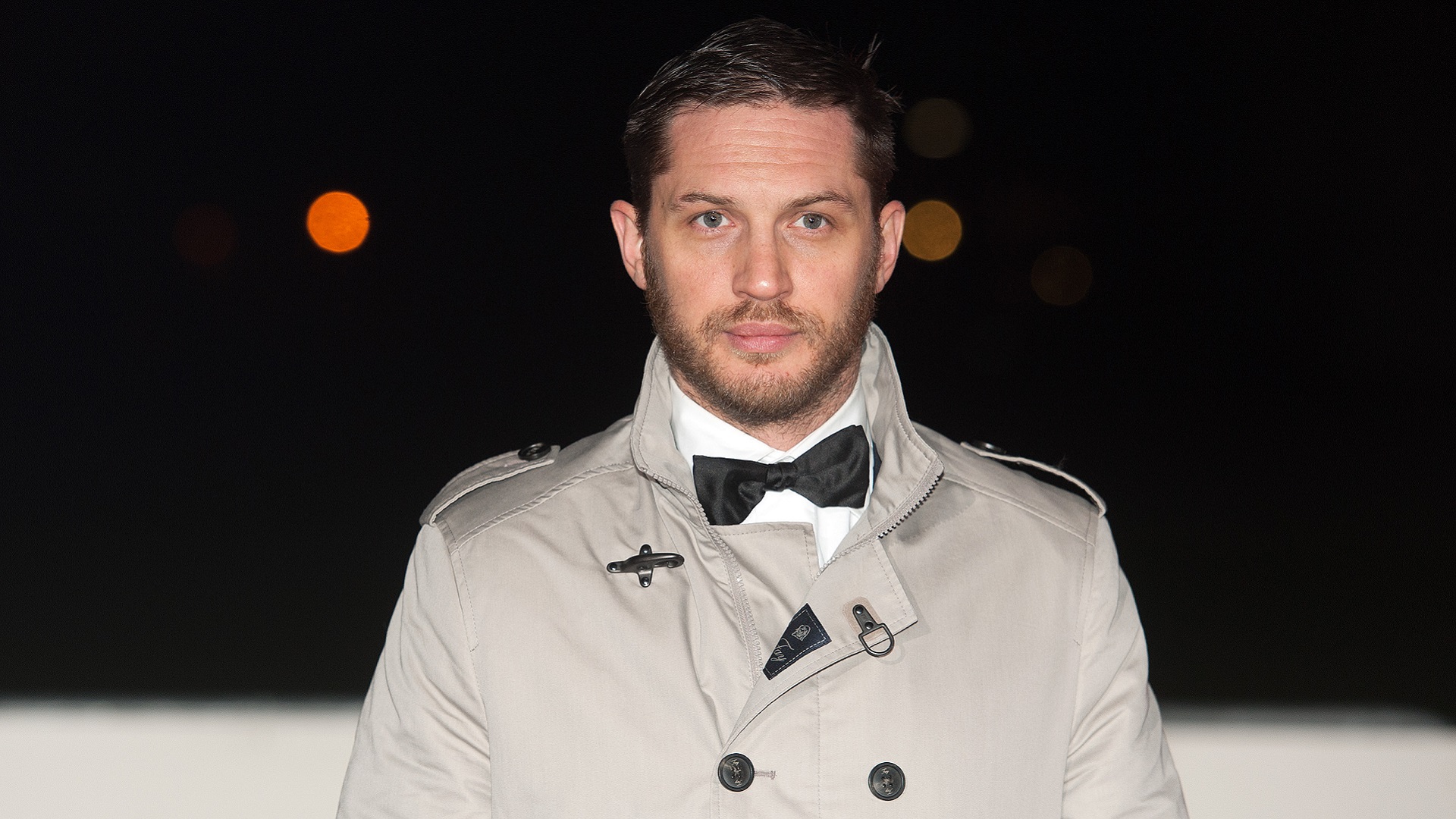 Like Cumberbatch, Hardy was born and raised in London. And while his parents aren’t actors, they are both in the arts — his father, Edward, is a writer, and his mother, Anne is an artist. In grade school, he studied at Reed’s School, followed by Tower House School, Richmond Drama School and the Drama Centre London. He won a modeling competition at the age of 21, leading to a brief career with the Models One agency.

Hardy first made his acting debut in 2001 in the TV miniseries Band of Brothers, and he’s been working steadily ever since. His work includes blockbusters such as Black Hawk Down, Inception, This Means War and The Dark Knight Rises. He has received critical acclaim for his work in Stuart: A Life Backwards, RocknRolla, Bronson, The Take, Wuthering Heights and Tinker Tailor Soldier Spy — which, yep, co-starred Cumberbatch.

PHOTOS: Tom Hardy and this dog on the set of Legend will make your day >>

1. He battled through addictions to alcohol and crack cocaine in his 20s, but he has been sober since attending rehab in 2003.

2. He’s a big fan of caffeinated beverages, such as coffee and Red Bull.

3. He has said his role in Stuart: A Life Backwards was his “Taxi Driver moment” and possibly the best role he will ever have.

Known for his muscular physique, Hardy gets ripped for roles with the help of his trainer Patrick “P-NuT” Monroe, an ex-Marine who uses a method called signaling to build muscle.

Hardy is known for his work with the charity Flack, which aids in the recovery of the homeless in Cambridge. Like Cumberbatch, Hardy is also an ambassador for The Prince’s Trust, a charity aimed at helping disadvantaged youths.

Hardy adopted his pup Woodstock after he and Lawless co-star Jessica Chastain rescued the stray during filming. Now, the adorable lab mix barely leaves Hardy’s side.

Hardy created an underground theater company in 2006 called Shotgun. He then directed the play Blue on Blue through the company, which was written by his father. He has also written two television series with Kelly Marcel, and both were sold to production companies.

After his marriage to Sarah Ward ended in 2004, Hardy began dating Rachael Speed. In 2008, the couple welcomed a son, Louis Thomas, but later broke up. That same year, he began seeing his Wuthering Heights co-star Charlotte Riley, and the two became engaged in 2010.