Oh, how the mighty do fall! Iron Man’s technological prowess could be responsible for the end of the Avengers in the newest Avengers film.

New images from the set of Avengers: Age of Ultron have been released, along with exciting plot details that have kicked our anticipation for the 2015 blockbuster into overdrive.

The latest issue of Entertainment Weekly features new pictures from the highly-anticipated film, showing Captain America (Chris Evans) and Iron Man (Robert Downey, Jr.) side by side against a backdrop of ominous destruction. Looming behind them is Ultron (voiced by James Spader), Tony Stark’s latest invention and the movie’s newest villain. 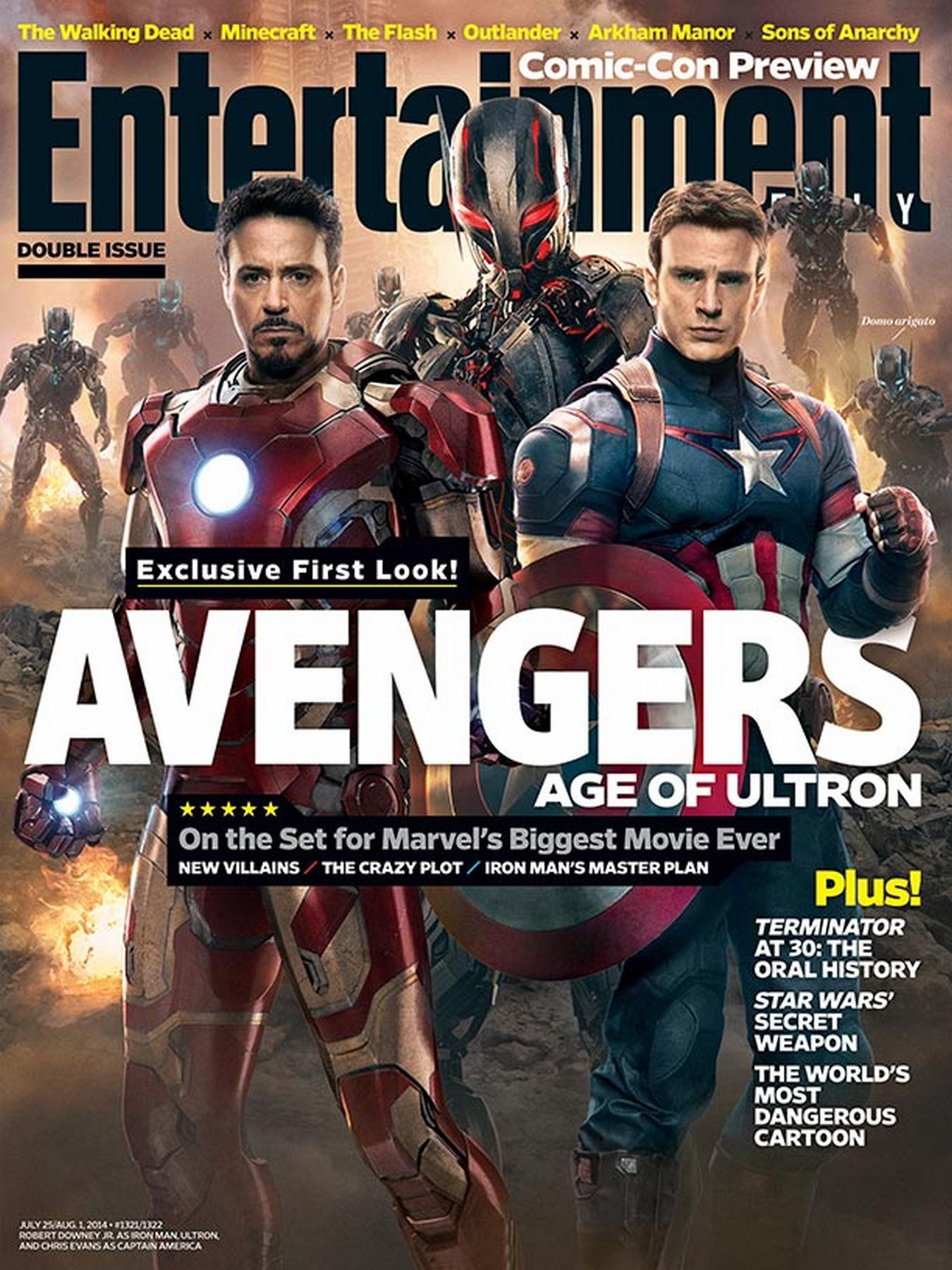 In the original Marvel comics, Hank Pym aka Ant-Man, builds Ultron, which is a sentient robot being with artificial intelligence. For the film, however, writer-director Joss Whedon has assigned creative responsibility to Tony Stark, who apparently builds Ultron in order to give the Avengers a much-needed respite from constantly saving the planet.

PHOTOS: The Avengers assemble on the Age of Ultron set >>

In an interview with EW, Robert Downey, Jr. discusses the pitfalls of being the hero, “The downside of self-sacrifice is that if you make it back, you’ve been out there on the spit and you’ve been turned a couple times and you feel a little burned and traumatized.”

With the Avengers over-taxed, Ultron is left to monitor the planet and dispatch Stark’s Iron Legion of automaton fighting suits at his own discretion. The only problem is that Ultron quickly realizes the biggest threat to humanity is mankind itself.

As Whedon further explained to EW, “Ultron sees the big picture and he goes, ‘Okay, we need radical change, which will be violent and appalling, in order to make everything better’; he’s not just going ‘Muhaha, soon I’ll rule!'”

Thor is now a woman thanks to Marvel’s new comic >>

Unfortunately for the Avengers, defeating Ultron could be the hardest challenge they’ve had to face. Ultron isn’t simply a sentient robot, he’s a program that can escape into The Cloud in order to regroup, reboot and remake himself into newer, scarier forms.

Stark’s invention ultimately leaves the Avengers with an even bigger mess to clean up than they started with, begging the question, how will Iron Man defeat his own technological “son?”