General Hospital‘s Ryan Paevey is more than just a heartthrob. We talked with the soap star and discovered there’s much more than meets the eye. As a self-described “adventurer” and “thinker,” this guy’s the total package.

Paevey told us his favorite thing to say to a girl in French is, “Quelle bonne surprise que vous voire ici,” which means, “What a nice surprise to see you here.” Paevey recommends using the saying accompanied with “a bit of a grin.”

2. He has a thing for brunettes

He counts Evangeline Lilly, Jessica Biel and Kate Beckinsale as his celebrity crushes. “Any way we could set that up somehow? I’m great with kids, can cook, do dishes, fix everything… whatever,” he said with a laugh.

“I believe in love at first sight 100 percent. I don’t think it means that you two are instantly going to be together, or that you are ever going to be together necessarily. It didn’t in my case. But I can remember that feeling when you see that one person, and everything stops for a second, and you don’t notice anything but her, cliché as that sounds. I can still remember the address and what she was wearing. I still hope the universe may yet see fit for her to feel the same, but no matter what, I’ll always be grateful I met her for showing me those feelings exist outside of fairy tales.”

4. He likes to keep his first dates light

“For the first date, keep it light, and try and see if you enjoy this person’s company and conversation,” Paevey explained. Topics to avoid: Politics and religion. “I actually try and avoid them on most of the other dates, too, as I feel like those two topics specifically cause the most strife, conversationally or otherwise.”

5. He doesn’t consider himself famous

When we asked him if he always thought he’d be famous, the actor shyly responded, “I’m not sure if I’m a famous guy… is that what I am now?” He continued, “If so, no… I never thought that’d be the case.”

6. He’s afraid of an interrupted sandwich

Paevey said fame can be scary because of the permanency with which it could alter life. “When was the last time you think Brad Pitt or Tom Cruise sat down at a deli and had an uninterrupted sandwich? Certainly not placing myself on par with those two, but they’re an extreme example of that loss of privacy.”

“A cause close to my heart is the protection and preservation of nature, broad as that sounds… I am happiest in nature, and I try and instill some connection to it in others by sharing my adventures on various social media platforms. There’s a lot of beauty out there, and I hope I can find a way to inspire people to not only protect it, but get out there and enjoy it.”

8. He doesn’t seek the approval of others

Paevey shared some wise words on reacting to other people’s opinions. “People are going to judge you no matter what you do, so turn the volume down on the voices in the crowd, and make the decisions you feel are right for you in the way you want to make them. This doesn’t mean that a second opinion isn’t valuable, or that it isn’t wise to ask for advice, but treat those things like a support net, not a rulebook.”

9. He wants to start a family

At 29, we wanted to know what Paevey plans to accomplish during his 30s, and he’s got a lot of goals. “I’m committed to growing and improving professionally; taking risks, learning, giving back. And personally, I’d love to take some strides towards starting a family.”

10. He regrets a lot of his images on Google

“Man, there are a ton of pictures of me accessible to anyone who can use Google that I wish I hadn’t shot, it’s hard to choose just one.” He described the image below as one of the two photo shoots he wishes he’d never done. “The images that came of it seem really seedy, and kind of gross to me now. But, I was working a ton of odd jobs at the time, and it seemed harmless enough for the money, so there it is.” 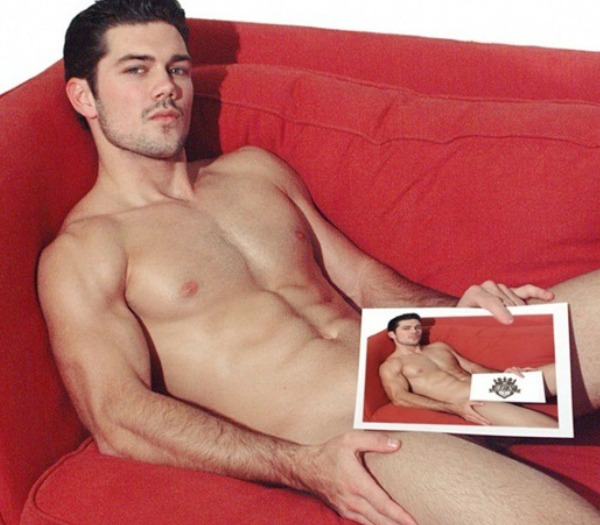