Seth MacFarlane has a thorn in his side thanks to the lawsuit he’s facing over his hit comedy film Ted. The director, Universal Pictures and Media Rights Capital are being sued by Bengal Mangle Productions for alleged copyright infringement.

Why? Well, according to Variety, Bengal Mangle Productions is claiming the beloved teddy bear character from the 2012 film Ted is an unlawful copy of its own animated bear that starred in the web series Charlie the Abusive Teddy and Acting School Academy.

A Million Ways to Die in the West: Check your feminist viewpoints at the counter >>

The lawsuit was filed in the state court in Los Angeles, California, on Tuesday, and it alleges that “both Charlie and Ted reside in a substantially similar environment, including that both Charlie and Ted spend a significant amount of time sitting on a living room couch with a beer and/or cigarette in hand.”

“Charlie and Ted each have a substantially similar persona, verbal tone, verbal delivery, dialogue, and attitude,” the suit continues.

The suit also mentions MacFarlane’s Fuzzy Door Productions and claims some scenes from Ted are borrowed from the web series, which aired in 2009 and 2010. It goes on to detail the many similarities between the two bears and their scenarios.

One such scene is when, “showing a woman all the lewd acts he wants to perform with her; using violence to get his point across to John; talking to Nora Jones about their sexual history, and making fat jokes even when his life is in danger.”

With Ted 2 set to be released next June, this lawsuit will certainly be raining on the Family Guy creator’s parade.

Watch a Charlie the Abusive Teddy Bear video below and let us know if you think Ted is too similar. 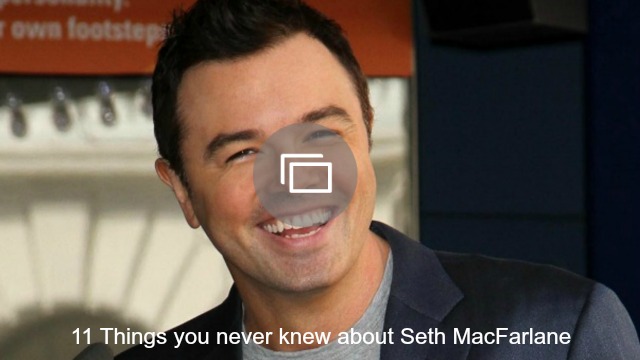