A small bookstore in Rehoboth Beach, Delaware, is causing a stir by giving away free copies of The Miseducation of Cameron Post to any teen who walks in and requests the young adult novel.

I’m sure this is not what the Cape Henlopen school board had in mind when they voted 6-1 to ban the book from incoming freshmen, due to the book’s use of “the F-word” (although many would argue “the F-word” is a euphemism for “we fear gay stuff”).

But yet again, this scenario proves banning a book only increases its power.

Browseabout Books manager Susan McAnelly is happy to supply hungry young readers with any book they want. In McAnelly’s opinion, it’s not the bookstore’s job to say what’s appropriate and what isn’t for customers. She said, “As a local, independent bookstore, Browseabout’s job is to provide the books that want to be read.”

Right now, Emily Danforth’s The Miseducation of Cameron Post wants to be read. Browseabout has had a heck of a time keeping the book on its shelves. Thankfully, people have been donating copies just to keep the book available. It would appear the censorship demographic might be shrinking in America.

Ha. Just kidding. The banning of books is just as frighteningly omnipresent as it’s always been. My most recent giggle came when a woman in Toronto requested Dr. Seuss’s Hop on Pop be removed from library shelves because it “encourages children to use violence against their fathers.” Facepalm.

I’m against censorship, especially in literature. I grew up in the ’80s, before people went all psycho Big Brother about what kids were reading. Thank God, because I read a lot of great books that are probably banned now.

INTERVIEW: Beautiful Creatures authors reveal the YA books that saved their lives >> 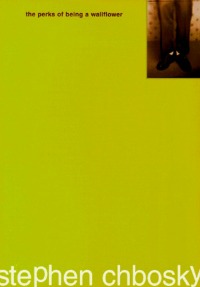 1. The Perks of Being a Wallflower by Stephen Chbosky

The powers that be deem this book unsavory due to “drugs/alcohol/smoking, homosexuality and sexually explicit content.” Hmm… sounds kind of like my high school experience. In this novel, young Charlie is troubled, but he doesn’t know why. He doesn’t fit in until he meets a group of kids obsessed with The Rocky Horror Picture Show. Suddenly, he has his place. Together, they are infinite. Censors would say this book is too racy. Too real, perhaps? Chbosky portrays pain, betrayal, lust and the dangers of drug use. When I first read this book, he made me feel not so alone. 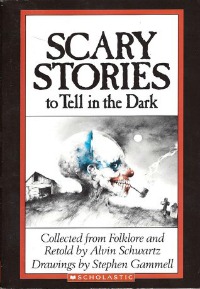 Deemed “unsuitable for age group,” this timeless classic of scary, silly and spooky tales has been with me since I was a fetus. In a recent interview I did with actress/author Evangeline Lilly, she made a brilliant point: children don’t know what scary is until we tell them. They approach the world with love, not fear (unlike censors). I love Schwartz’s stories. I love the illustrations. I remember the days of summer slumber parties, reading these tales under tents with flashlights and screaming at all the right parts. These stories built friendships, and even in our 30s, my old pals still joke about rattling bones and creepy crawlies in the night. 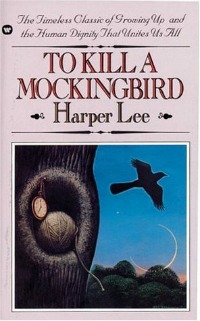 3. To Kill a Mockingbird by Harper Lee

I fester with anger over books like this being banned. The censors’ reason? “Offensive language and racism.” Makes you kind of question the intelligence of the censors, doesn’t it? Lee’s classic Pulitzer-prize winning masterpiece follows ideal human Atticus Finch as he defends a black man charged with rape in the 1930s. This is a novel of courage, hope and faith in the good in people. One of my favorite Finch quotes: “Courage is not a man with a gun in his hand. It’s knowing you’re licked before you begin but you begin anyway and you see it through no matter what.” It’s tragic to think that younger generations might someday never read this book.

Editors said this photo was too sexy for the yearbook >> 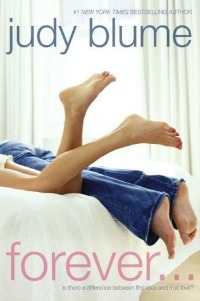 This novel was written during the sexual revolution of the 1970s, and censors deem it inappropriate because of “offensive language and sexual content.” (Oh, no; because teens never come upon things like that in their day-to-day lives.) Anyway, two teens, Katherine and Michael, fall in love, have sex and think it’ll last forever — but first love is a lesson to be learned. No matter what we think when we’re 16, first love doesn’t have to be only love. Why not let kids read a book like this and then make up their minds for themselves? Instead, censors would have kids wandering around blindly, trying to make decisions based on Jersey Shore. 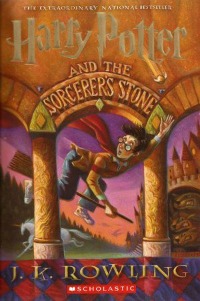 Did you just stroke out a little? I know I do when I remember this series is one of the most banned in history. The reason: “occult/Satanism and violence.” Yes, devil worship is very prevalent at Hogwarts. What? Who are these censors? The Harry Potter books are about good versus evil. They are about heroism and friendship, despite difficult times. They’re about loss, and let’s face it: kids lose a lot. If they have a strong role model who’s lost even more, they will pass through their own periods of pain. Harry lost everything, but he still had love. What’s Satanic about that?

Okay, I’ll get off my anti-censorship soapbox now. I’m glad Browseabout Books is making the news, because every time censors get their noses shoved in their own red tape, I get a smile on my face. I haven’t read Danforth’s The Miseducation of Cameron Post yet, but I will, just so I know why the censors want it gone. I like to keep an eye on what censors are up to. What’s that saying? Keep your friend close and your enemies closer.