This flick in 2D or 3D is more entertaining than a barrel of monkeys! Set 10 years after Rise of the Planet of the Apes, Caesar returns with a new goal to protect his mountain tribe of nearly 2,000 apes from their biggest threat: Homo sapiens. 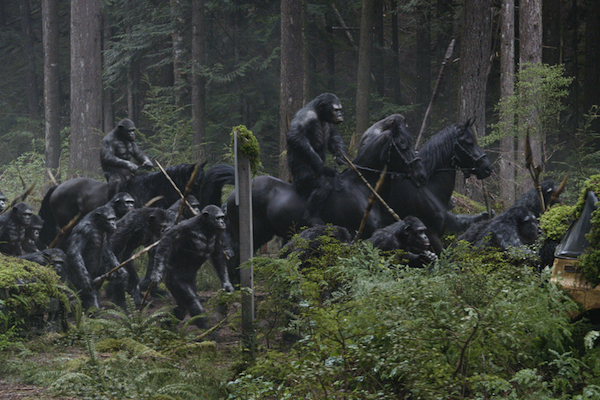 The movie opens with a long action scene in the forest with Caesar (Andy Serkis) and his tribe of nearly 2,000 evolved apes hunting deer. The scene is visually stunning and a little bit startling — it will have you on the edge of your seat and sets the tone for the rest of the film.

2) Cutting-edge technology in the middle of a forest

In this film, the apes make their home in a forest outside of San Francisco, California, after the city was devastated by a deadly virus. Instead of creating a soundstage, the filmmakers chose to film in a lush rainforest in British Colombia. About the production, Jason Clarke, who plays Malcolm, said, “It’s simply amazing — old-growth forest, 3D cameras, motion cap cameras, wires going everywhere, fog machines, rain and mud, a crew of hundreds and then there’s 50 actors performing as apes.” 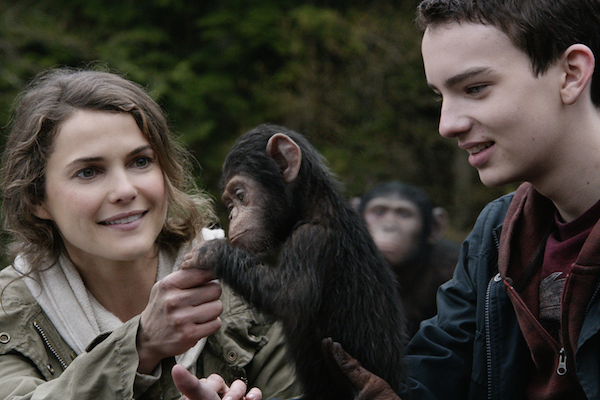 Caesar’s mate, Cornelia (Judy Greer), gives birth to the cutest chimpanzee baby ever! The baby adds a softness to the story and clearly shows what’s at stake for Cornelia and her chimp family. The filmmakers claim that the new character Cornelia was named in tribute to the 1968 film’s lead ape, Cornelius, played by Roddy McDowall.

Finally, a great action flick that doesn’t rely on childish gimmicks, comic book characters or undead creatures that howl or bite. Instead, Dawn of the Planet of the Apes tries to bring out the humanity in the ape characters and tackles some serious themes.

Dawn of the Planet of the Apes: How we reacted to the trailer >> 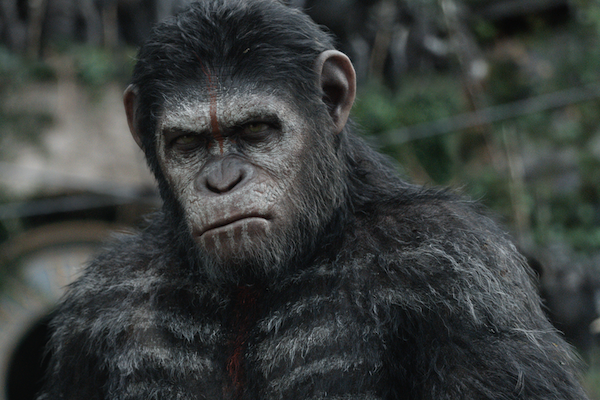 While real apes have been able to learn and communicate through sign language, like the amazing gorilla Koko, they lack the biological hardware and genetic software that could allow for speech. But in this latest installment of the franchise, Caesar and several other apes are able to string words together to make sentences, implying that they are gaining on human evolution.

6) Apes with guns on horseback

Well, here’s an image you won’t see in any other summer movie. Seeing a chimpanzee toting an AK-47 on top of a speeding horse is both frightening and exhilarating at the same time. Turns out, Homo sapiens aren’t the only primates who love guns. 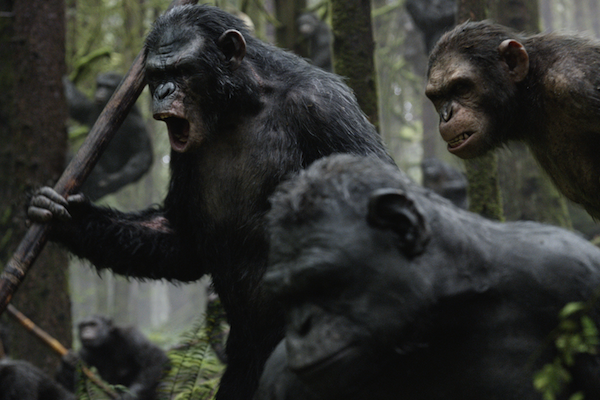 Having lived most of his life in a research lab, Koba (Toby Kebbell) spent years suffering from torturous medical experimentation, making clear why he is highly distrustful of humans. Koba is an important character in the film because he gives a voice to all those real primates sitting in research labs all over the world.

8) The cameo James Franco didn’t even know about

Though his character Will Rodman died in Rise of the Planet of the Apes, he’s brought back in this film through the magic of a videotape, and James Franco claims he didn’t even know about it. Franco told Entertainment Weekly, “Wait, I have a cameo? I didn’t know that. You know, I don’t even think they asked my permission for that.” We’re guessing it was in the fine print of his contract so 20th Century Fox probably didn’t need to ask. 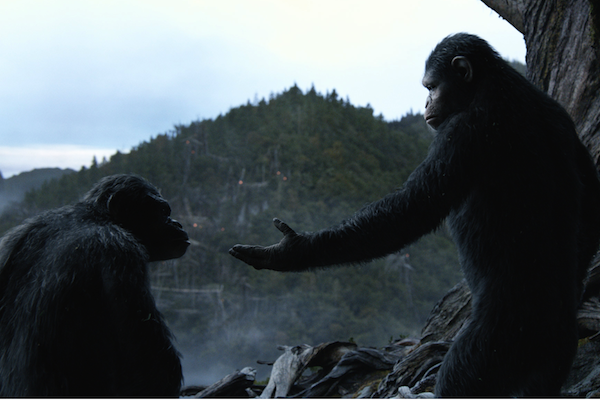 Of course, the British Shakespearean actor had to act using the cumbersome motion-capture suit and be digitally meshed with some CGI animation, but he really steals the show. Some critics are even talking about the possibility of an Oscar nom.

The human primates in the film have been living without electricity for years and manage to persuade the apes to let them restore a nearby dam so they may generate power. As soon as the electric current begins pumping through the wires, humans waste no time getting the music playing. The song? “The Weight” by The Band wafts soulfully through the sound system, restoring some faith in humanity.

Dawn of the Planet of the Apes opens today.