So far on the new ABC Family series, the girls have put together a fake funeral after word got out that Holly had died (even though she hadn’t) and someone decided to sell one of her old sex tapes for profit. The fake funeral helped to weed out the tape, but the biggest surprise came when the girls discovered that it wasn’t Holly in the video, but Charlie.

Then, the girls put on their thinking caps (and a few jewels) to help capture the culprits in a bling-ring. Now it’s time for them to take on their scariest foes yet: ghosts. The girls are hired by a client to investigate a big, old, creepy house to discover if the place is really haunted or not.

Judging by the preview and sneak peek photos from the episode, it looks like Charlie and Holly are going to have their work cut out for them. Could the house really be haunted or will it turn out to be the old caretaker behind the whole thing after they rip off his mask and… oops, Scooby Doo flashbacks.

Check out the preview and photos below to see if you can help the girls solve their next big mystery.

In the photo below, Charlie and Holly meet the old caretaker, um, I mean the owner of the house. 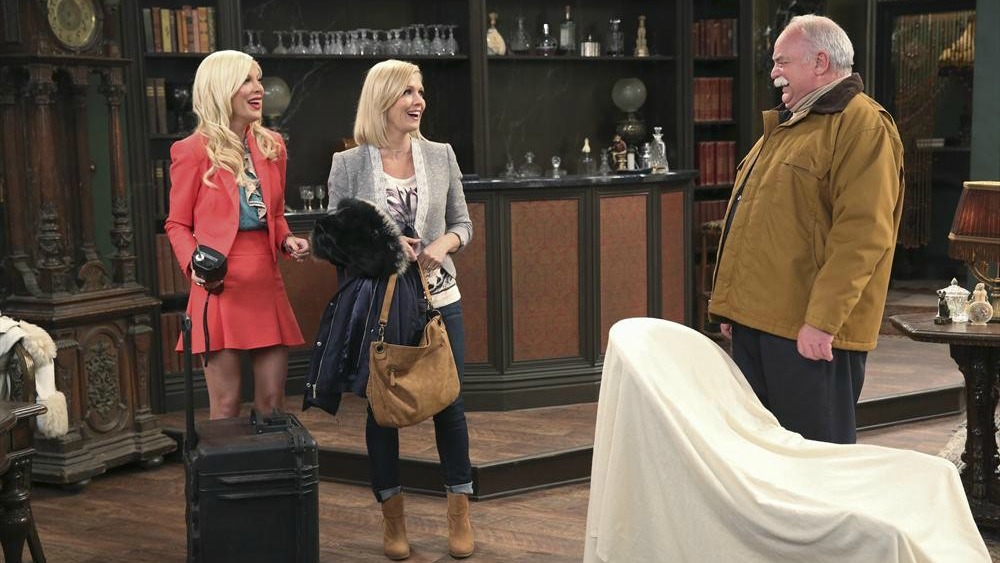 In the photo below, Charlie sees what looks like some ghosts on the video monitor. What could it be? 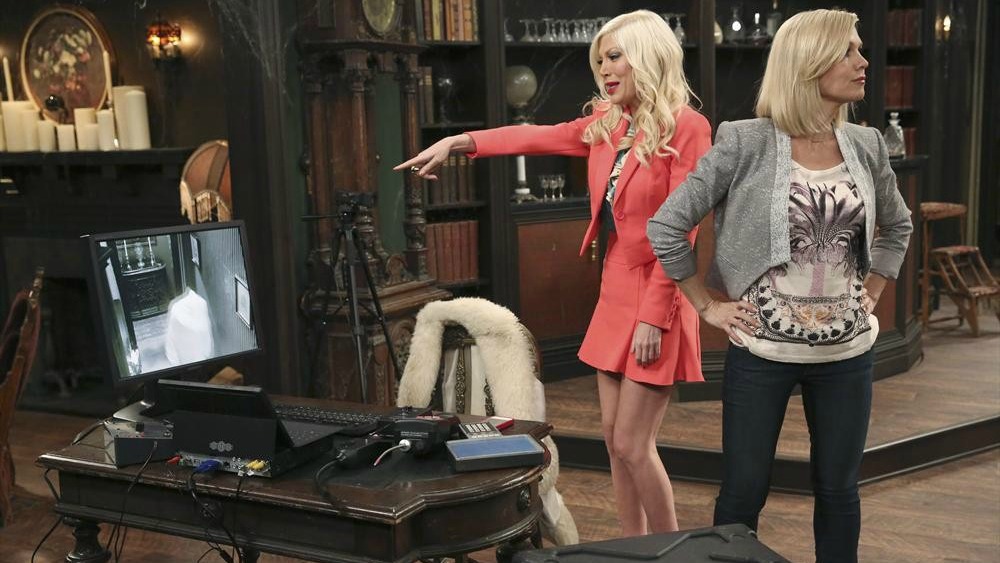 In the photo below, Holly seems to be listening for voices from the great beyond. 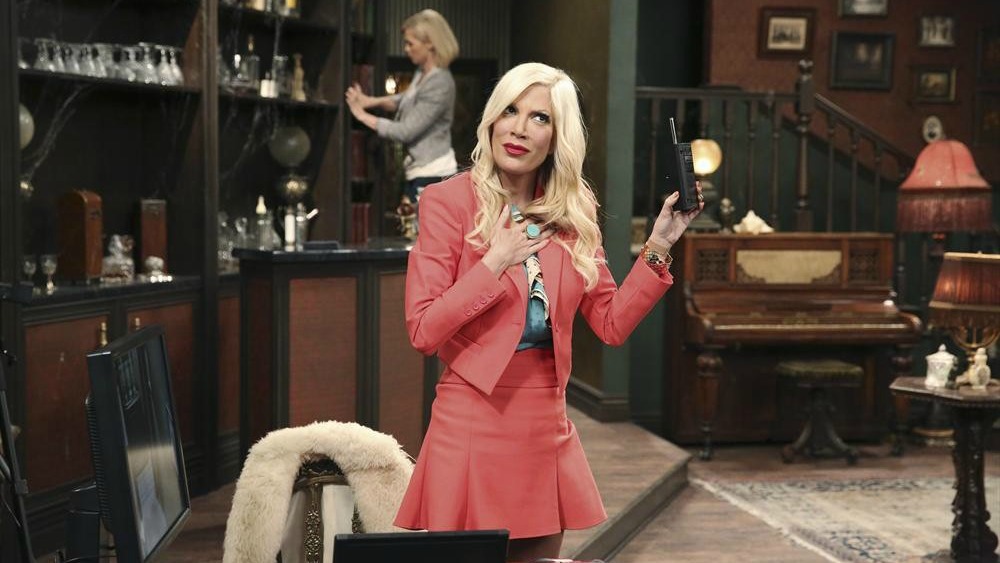 Tori Spelling working it out with Dean for their four kids >>

In the photo below, Nick and Holly try to connect with the other side. 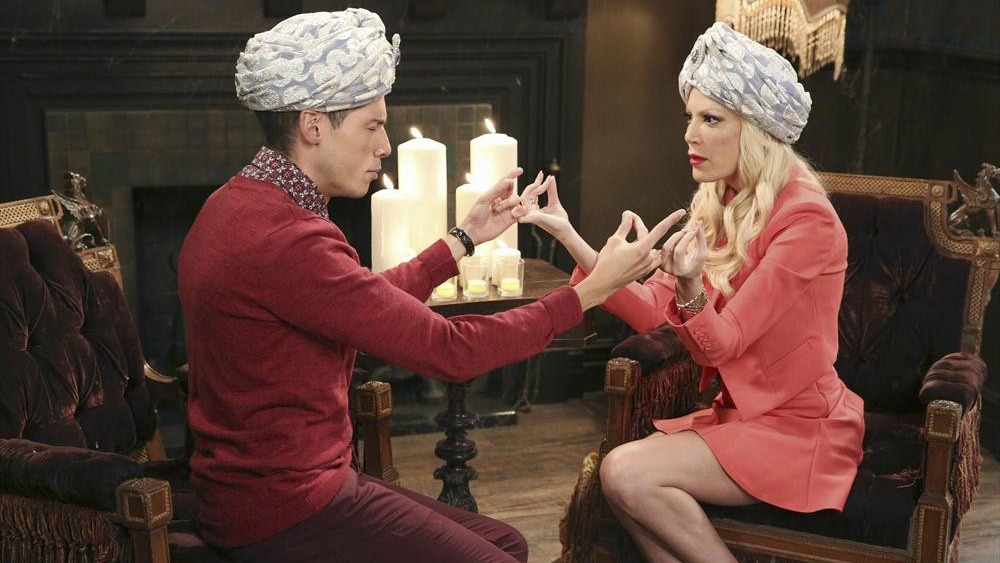 In the photo below, Nick looks like he’s trying to convince Charlie to believe in the afterlife. 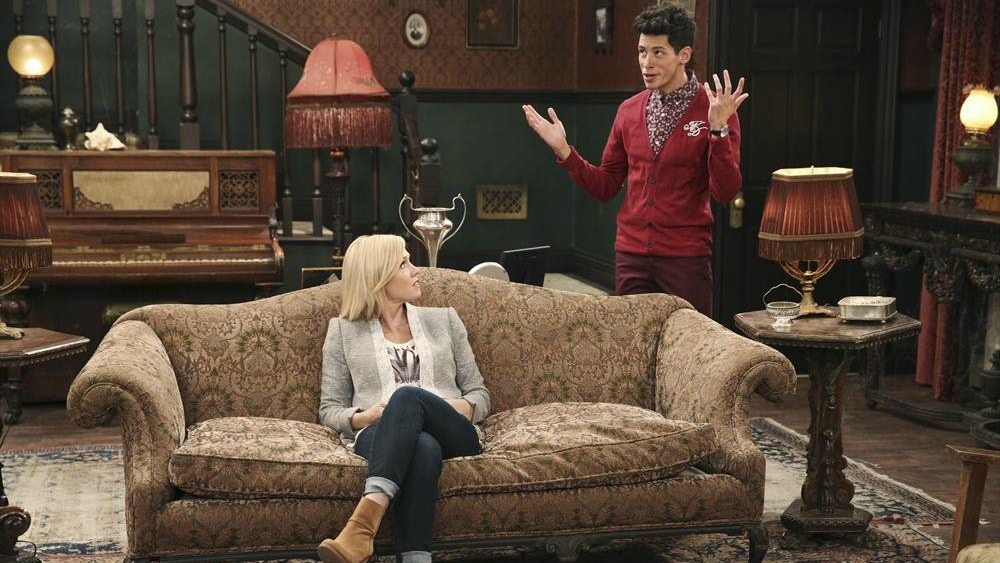 Check out a preview of the episode below to find out more about the creepy case the girls take on.